The personal-computer pioneer and philanthropist heads a packed lineup at the unique event, which takes place on 5-6 October in London.

Wozniak joins fellow headliner Sir Martin Sorrell atop the bill, and we still have a few more star names to announce in the coming months.

Alongside these marketing luminaries, we have a plethora of exciting speakers from the world’s biggest brands and agencies, spread across 12 themed stages.

But for now let’s take a look at why The Woz will make such a compelling headliner.

Festival attendees will hear Steve Wozniak discuss his fellow industry icons, the challenge of innovation in large companies and his own personal vision for the future of technology.

From robotics and automation to the internet of things, Steve will also give his take on the latest developments in tech, as well as giving the audience an insight into the much-fabled beginnings of Apple.

Wozniak’s headline slot is the chance for 3,000 ticket holders to hear from the man who single-handedly designed the first personal computer, has been awarded the National Medal of Technology and inducted into the Inventors Hall of Fame, and has dedicated himself to education. We’ve already made some fantastic announcements about this year’s Festival of Marketing.

Apple co-founder Steve Wozniak and WPP chief exec Martin Sorrell are two of the headline speakers at the event, which runs October 5th to 6th in London.

But now the full agenda is live, showcasing more than 200 speakers over 12 stages. 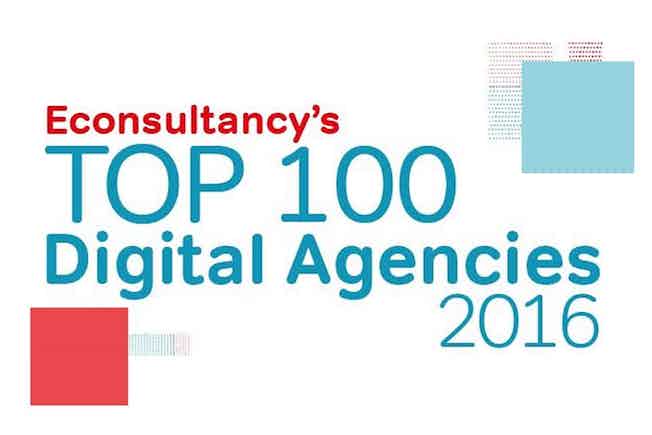 A report which, by its nature, features the largest, most established and successful digital agencies in the UK, the Top 100 also features a number of the little guys.

These upstarts are potentially destined to be vying for the ranking’s top spots in the years to come.