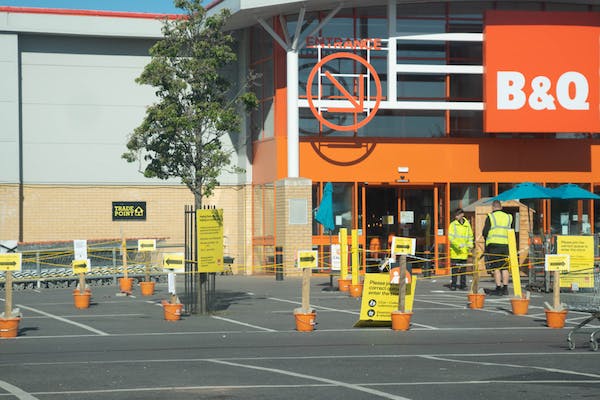 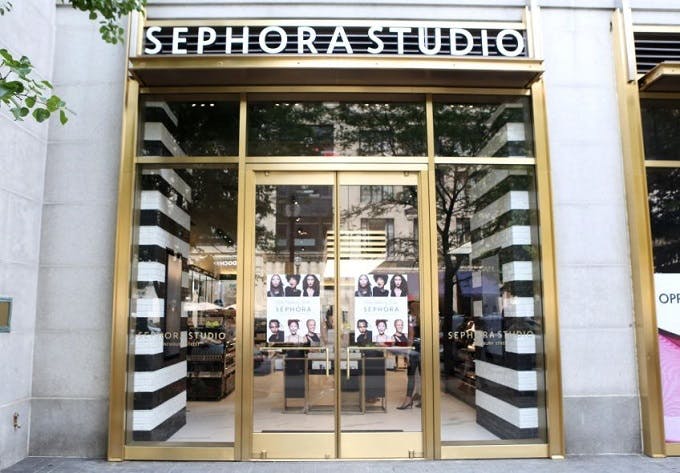 QR codes never really took off in the West.

I had nothing against them, just their implementation (on a creative and a technical level).

However, I wanted one at the weekend so I could leave feedback about a store visit.

Everyone knows that click and collect is a hugely popular delivery option among shoppers, but it seems that some retailers have failed to adequately prepare for the Christmas rush.

Tesco has already suffered a fulfilment disaster after failing to deliver loads of Black Friday click and collect orders on time.

Obviously this created a great deal of interest as to where exactly the money was spent. One would assume that a majority of the investment went into upgrading the backend and in-store systems.

Thankfully B&Q were happy to provide us with some insight into the work behind the new site.

Here’s what director of omnichannel Mike Durbridge had to say…

Last month, B&Q unveiled a new responsive website, as part of a £60m redesign of its website and backend systems.

The new site was reviewed by David Moth earlier this month and to follow this up we decided to get some feedback by asking users to test the site, using whatusersdo.

A mix of desktop, mobile and tablet users were asked to perform two tasks on the site. The first was a targeted shop to find internal door handles and go through the purchase process up until payment.

As the new site prominently features sections titled ‘Inspiration’ and ‘Projects’, the second was to gather ideas for updating a room of their choice.

So what did the users think of the site?

That’s the amount Real Madrid paid for James Rodriguez, the sum that Michael Gove wanted to spend on a new yacht for the Queen, and the exact figure that B&Q has apparently invested in its new website.

Clearly the home and garden retailer didn’t wish to be outdone by Selfridges, which recently invested a mere £40m to revamp its website.

When I interviewed Michael Durbridge, B&Q’s director of omnichannel, last September he said that the new site would be launched alongside an upgrade to the company’s backend systems.

This would allow the website and in-store ordering systems to run off the same database, with the user interface customised for each channel. B&Q would then have taken a huge step towards forming a single customer view.

So, just how good is this new £60m responsive site?

Back in the distant past of 2012, our illustrious editor shared his 14 best practice tips for how ecommerce sites should handle online returns.

Upon reading the above linked article you’ll notice that very little in terms of best practice has changed in the intervening years.

The benefits of nailing customer returns are also still the same. Customer satisfaction leads to better retention and higher CLV.

However in the intervening two years since the above publication, how well have some of the top UK ecommerce sites presented their returns information? Let’s take a look…

A simple headline, premise and article; here are my favourite homepages of the moment.

Of course, there are more than ten websites on the internet, so feel free to disagree with me.

And for further selections of excellent web design, read our posts on beautifully persuasive ecommerce sites and 20 homepages with video background images.

Last week I took to Twitter posing as an ‘innocent’ customer and asked 20 of the UK’s top retail brands a variety of questions.

They were all pretty simple: “what time does my local branch shut?” “Can I return online purchased items to a high street branch?” “When will this item be back in stock?” Theoretically nothing any social media team couldn’t easily answer.

The purpose of this was to test the speed, responsive and helpfulness of these brands’ social customer service.

I also looked at whether each brand stated clearly that it was available for customer service, if it operated a separate customer service account from the main Twitter channel and whether it published its operating hours within its profile.

Before we get on with the ranking though, a little on the importance of social customer service…

Way, way back in 2011 we published an article looking at how 26 commerce sites presented their mega menus.

This refers to the drop-down menus that are generally situated within the horizontal navigation at the top of a webpage.

Web trends and UX design have changed in the intervening years, in large part due to increasing consumer adoption of mobile and new technologies such as responsive design, so I thought it would be interesting to revisit those same sites to see how they’ve evolved.