Despite all the data you’ve acquired from measuring your email marketing campaign – deliverability, open-rates, conversions – how do you know whether this data compares favourably with your competitors’ efforts or not?

Imagine you’re a travel company running an email campaign and your figures say you currently have a 20% open rate with a 3% click-through rate, how do you know if this is good or bad?

To the non-professional marketer the above figure seems quite low, but according to a variety of sources including MailChimp this is that particular industry’s average.

Using our own 200 page Email Marketing Best Practice Guide I’m going to try and answer the question of what makes for good email marketing benchmarks and hopefully highlight some figures that may act as a handy reference. Poor quality data is the biggest barrier to effective email marketing, according to the new Econsultancy/Adestra Email Marketing Census 2013.

Half (50%) of respondents stated that the quality of their email database caused problems with their email campaigns, meaning that it has been the most common barrier for three years running. 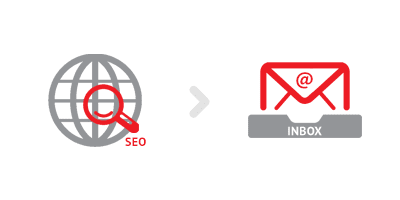 One might say that email marketing is the last resort of the online domain where SEO has no role.

But the two aren’t totally unrelated, so what can you learn from SEO to improve your deliverability?

Recent meetings with clients and prospects has raised this issue to the top of my mind: who exactly is responsible for deliverability?

And by ‘responsible’, who carries the can if it all goes wrong?