The new .bank domain debuted last year and was billed as “a trusted, verified, more secure and easily identifiable location on the Internet for the global banking community and the customers it serves.”

Proposals being considered by ICANN would limit the use of WHOIS privacy protection services that domain name owners frequently use to keep their domain registrations under the radar.

Can’t find a good .com domain for your company?

Thanks to new top-level domains, there is more opportunity than ever to find a catchy, highly-brandable domain name that’s still available for registration.

But is using a new top-level domain instead of a .com domain a good idea? 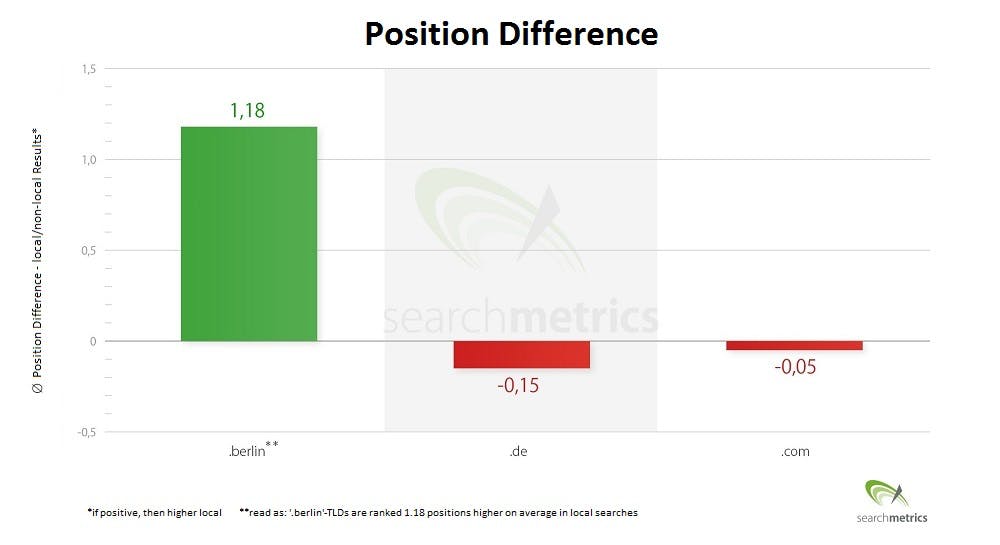 The range of generic top-level domains (gTLDs) is expanding to include new options such as .Hotel, .RealEstate and .Berlin.

Will they help you rank higher in searches?

The imminent roll out of more than a thousand new top-level domains has created a headache for small businesses seeking to protect their existing domains, as well as sparking a bidding war among the world’s tech giants for the most attractive TLDs.

The process is being handled by the Internet Corporation for Assigned Names and Numbers (ICANN) and will ultimately see the number of TLDs increase from 23 to 1,500 over the next few years.

Examples of new top-level domains include .london, .plumbing, .sexy and trademarks such as .google and .bbc.

A few of the new domains have already gone live, others are awaiting final authorisation, while some are still the subject of disputes over which applicant should be granted ownership.

If the disputes cannot be settled amicably then it will ultimately go to a bidding process where the TLD will be handed over to whoever stumps up the most cash. That’s likely to be an expensive purchase, especially considering the fact that the initial application process cost £185,000.

So what’s the point of the new domain names, other than to boost the coiffeurs of ICANN? Well according to the head of ICANN’s generic domains division Akram Atallah, it’s all about consumer choice.

With new gTLDs due to start appearing on the web, it’s time again for brand owners to stop and think about their domain strategy.

ICANN (Internet Corporation for Assigned Names and Numbers), the body responsible for managing and coordinating the Internet’s Domain Name System, last week made a surprise announcement that the first new gTLD could go live in the internet as early as August 28 2013 and we may see the first registrations from September 28.

The new generic top-level domain program will enable the introduction of new gTLDs into the domain name space.

The only thing standing between the new gTLDs and the world is ICANN, the organization that runs the internet’s domain name system. With applications for new gTLDs in, it must now select which gTLDs will find their way onto the internet and which companies will run them.

The Internet Corporation for Assigned Names and Numbers (ICANN) published details of the 1,930 applicants for new domains last week.

The list revealed a surprising number of well-known businesses vying for both branded and generic top-level domains (TLDs), including .bbc, .amazon and .music.

Google has been busy bidding for no fewer than 101 TLDs, while Amazon has applied for 76. At $185,000 for each application it isn’t a cheap process, so Google clearly feels that big things lie ahead for .are and .boo.

One of the most popular domains is .app for which ICANN received 13 applications.

So how will ICANN allocate the new TLDs and why would the BBC want to go through the painstaking effort of migrating its hugely popular site to an entirely new domain?

Afilias has been providing TLD registry services and DNS solutions since 2001, so to find out more about the new round of applications I spoke to CMO Roland LaPlante…

After lots of media attention, speculation and intrigue, ICANN today finally revealed which organizations applied for new gTLDs and which gTLDs they applied for.

All told, ICANN received 1,930 applications, well more than the 1,200-plus figure previously cited. Each applicant ponied up $185,000 per application just for the privilege of applying.

Google may have produced a few chuckles with its application to run a .lol gTLD, but some companies believe there’s serious cash to be made in the so-called .brand domains that ICANN is going to be approving.

One such company, Donuts, is so confident that the new gTLDs are going to be a hit that it’s reportedly raised a $100m Series A round of funding to operate a portfolio of them.

On March 29, ICANN, the organization responsible for managing the internet’s domain name system, ended the registration period for those interested in applying for one or more gTLDs.