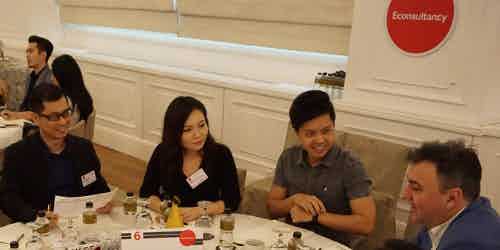 Over the past five years, content marketing has gone from being the ‘shiny new object’ in marketing to one which is taken as seriously as SEO, SEM, and social media.

Due to lack of infrastructure brands have historically been hesitant about entering the Mexican ecommerce market.

However this is changing and, as the internet retail landscape in Mexico booms, there has never been a better time for online businesses to expand into the region.

But what are the exact challenges and opportunities they face?

In a week’s time we’ll all be basking in the reflected glow of some of the world’s biggest brands at our Festival of Marketing.

The likes of LEGO, Tesco, M&S and Barclays are set to share their marketing wisdom, and we’ve also booked Tulisa and Bradley Wiggins to add some random celebrity glitz to the mix.

One of the streams at the festival focuses on personalisation, so to help you get to grips with the topic ahead of time I’ve rounded up a load of blog posts and reports on the topic.

Here they are in all their glory, but don’t forget to also head over to the festival website and book yourself a ticket…

Over the last few years, social media marketing has grown up from an experimental avenue for reaching students and twenty-somethings to a major channel for global companies to communicate with their customers.

Tools like Facebook and Twitter are now a major avenue for customer service and marketing for most global brands, and users are responding in droves. It’s fun, it’s easy and it’s extremely convenient.

But, these digital consumers demand elegant solutions for interaction, which has opened a host of complications for global brands.

William Hague’s recent call to British business leaders to ‘stop complaining’, ‘work harder’, and ‘get on a plane’ to find growth opportunities has angered some business leaders.

But an increasing number of UK retailers are discovering new markets abroad without getting on a plane. E-commerce, adapted websites and well-executed international internet marketing programmes are seeing UK business selling to Europe and beyond while keeping the business firmly rooted in home soil.

With orders received from other non-English speaking countries and a desire to expand, many companies are faced with a choice of how far to go with the localisation of their site.

Foreign language consumer groups within domestic
markets represent a massive untapped market, and one that doesn’t require
e-commerce businesses to alter their shipping, payment or logistics set-up at all…

It’s well-established that if you want to sell to people overseas then you need to communicate in their language, but what about the consumer groups in majority English-speaking countries whose first language is other than English?