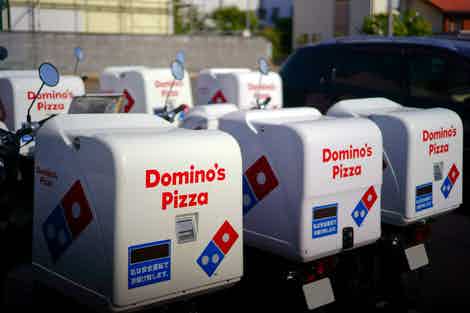 Domino’s has announced that it took over £1m in sales through its mobile platform in a single week in Q1 2012.

Mobile payments made up 16.4% of total online sales, a slight increase on reports last month that the pizza company took 13% of digital sales through a tablet or smartphone.

Domino’s investment in its mobile platform certainly appears to be paying off – in September we reported that it had generated £10m of sales through its iPhone app in eight months and gave its new iPad app a glowing review.

Dominos has invested in the mobile channel in the UK over the past couple of years, and this has paid off, with £10m of sales generated by the iPhone app alone in eight months.

Now the pizza firm is following the launch of mobile sites and apps for Android and iPhone with an iPad version.