How is Adidas Football using dark social, does TV have a place in the media mix, and how did the Pogba signing go so big? 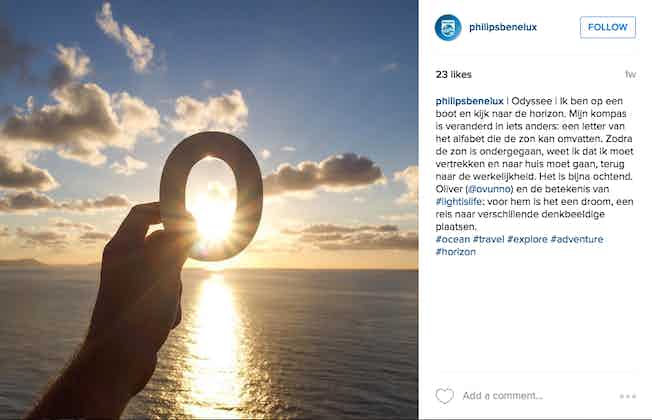 Using the power of social media to interact with the physical world is a relatively under-used concept, but there are a few brands that understand exactly how to do it well.

Consumers don’t perceive any difference between online and offline, so marketers need to mirror this attitude and design experiences that will be resonant ad relatable to their customers.

The deadline to enter the Masters of Marketing awards has been extended! You now have until September 23 to submit your nominations.

One of the categories that will no doubt have a huge amount of competition this year is social media.

To help inspire your entry I thought I’d show you six of the best social media campaigns from last year and the impact they had on the brands that ran them.

The company puts a strong emphasis on encouraging and inspiring the different communities it has created throughout its many active digital channels.

Lars Silberbauer is LEGO’s global director of social media and this morning he gave a talk at our Festival of Marketing about the finer aspects of Lego’s social strategy.

The US online fashion retailer makes a rather bold statement in the about section of its website.

A lot of brands may say that customer experience is at the core of their strategy, but how many follow through with this statement in practice?

Graham Charlton discussed what Zappos could teach us about staff and customer retention last month. It’s largely about making the working environment as happy as possible through plenty of staff recognition, trust, responsibility and plenty of perks.

For the customer it means ‘delivering a WOW philosophy’ through excellent service, customer focused metrics, surprising people through under-promising and over-delivering and remaining ever personal.

So Zappos delivers ‘happiness’ for its employees and for its website customers. How about its social channels? Given Zappos focus on customer service, does this extend to the channels where more and more consumers are expecting interaction from brands?

Last week I took to Twitter posing as an ‘innocent’ customer and asked 20 of the UK’s top retail brands a variety of questions.

They were all pretty simple: “what time does my local branch shut?” “Can I return online purchased items to a high street branch?” “When will this item be back in stock?” Theoretically nothing any social media team couldn’t easily answer.

The purpose of this was to test the speed, responsive and helpfulness of these brands’ social customer service.

I also looked at whether each brand stated clearly that it was available for customer service, if it operated a separate customer service account from the main Twitter channel and whether it published its operating hours within its profile.

Before we get on with the ranking though, a little on the importance of social customer service…

It’s the big one. The bout to beat them all: ‘The Rumble in the Jungle’. ‘The Thrilla in Manila’. ‘The Brawl for it All’… These will all seem like mere ‘Fisticuffs in Magaluf’ when this contest is over.

In the red corner, unsurprisingly… Red Bull, with its commitment to broadcasting the most extreme of escapades to a worldwide audience, including a whopping 3.7m YouTube subscribers and a high concept strategy of putting thrills and spills before energy drink sales.

In the blue corner, strapped head-to-toe in tiny cameras so viewers can witness every single punch in glorious high definition clarity… GoPro, with its intimidating dominance of social video, constant gracing of the top ten biggest brands on YouTube and an effortless ability to marry its products perfectly with its content.

Two giant brands. One arena that can barely contain them both and one glorious winner, turkey-trotting over the shattered bones of its crushed opponent.

I am but the lowly referee, cowering to avoid the blows, but too fascinated to look away. So let’s take a glance at these titans in the content marketing and social worlds and see which will be crowned the ultimate champion.