The ecommerce market in Asia is growing faster than that of any other region in the world.

Since Asia’s market is rapidly growing and filled with new opportunities, many U.S. brands are now looking for ways to sell directly to local customers online.

For those of you new to Tmall, Alibaba’s B2C marketplace, I thought I’d write a brief introduction.

And for more on this topic, download our China Digital Report, Q1 2016. 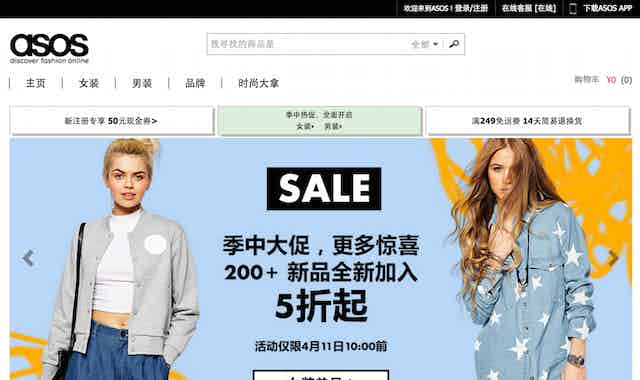 ASOS is calling time on its Chinese adventure.

It will still serve Chinese customers through its global website and ship clothes from Europe, but its local warehouse and 60 Shanghai-based staff will go.

Every quarter, Econsultancy delivers an update on the major internet players in China and their user experience.

Subscribers can download the full China Digital Report, but I’ve had a skirt through and picked out some interesting bits you may or may not know about digital in China.

China. We all know it’s a huge market and that it will be part of our business efforts in the future.

But at our recent Digital Outlook 2015 event I think even the most savvy were surprised at the scale of the Chinese market – and how different it is to the West.

If you were wise enough to setup an online marketplace in the early days of the internet and also had great business chops, you might have been a very rich person by now.

Some of the world’s biggest ecommerce companies are those that don’t actually sell any of their own products, or rely to a large extent on third-party sellers.

Amazon is the most obvious example, while eBay has also taken great pains to rebrand as a marketplace rather than an auction site (try saying that eBay is an auction site in a blog post and see how long it takes for the PRs to knock on your door).

Similarly, in the UK Play.com shifted from being an ecommerce site to an “online trading platform” after being bought out by Rakuten, a Japanese tech company that is best known for its Rakuten Ichiba marketplace.