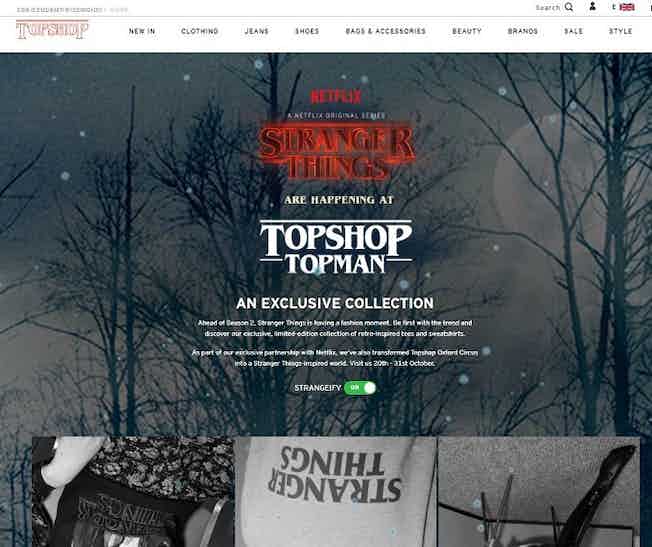 UK fashion chain New Look has seen another fall in profits, announcing a 4.4% drop in sales during the first quarter of 2017.

With the recent news that UK retailers have witnessed a general slowdown in spending growth – New Look’s bad fortune could be put down to wider factors like high inflation or dwindling consumer confidence.

It’s still sometimes difficult to think of brands that have managed to seamlessly join online and offline experiences.

In this post we look at three such brands doing just that. 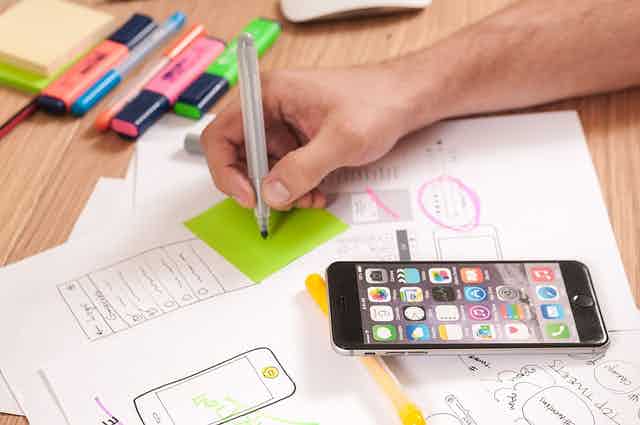 Everybody loves a bit of interaction with a website. Although scrolling experiences aren’t for everyone, mouseover effects have been established for a long time.

As creative hover states feature in my design trends to watch out for in 2016 (for the creativity they afford an otherwise increasingly restrained front-end developer), I decided to roundup some of my favourite examples.

Of course, these are on desktop, where most ecommerce sales occur (for now).

As the digital and physical worlds continue to blur, it is clear that digital services will only continue to impact our lives further.

This article looks at how and why retail is leading the charge when it comes to digital transformation.

Case studies are always hugely popular on the Econsultancy blog because they act as a valuable source of inspiration for marketers.

In this post I’ll roundup six interesting mobile case studies, some of which perhaps lean more towards being about multichannel marketing.

These have mostly been borrowed from the Econsultancy Case Studies Database, which is packed full of useful examples from a range of brand and industries.

Black Friday has come and gone, leaving my inbox full to the brim with tempting offers and discounts.

Thanksgiving sales have been big business in the US for many years but they’re now starting to catch on among UK retailers as well.

As Facebook continues to ease the way businesses pay-to-play on its network, its other social network Instagram has notoriously kept marketers at a much further arm’s length.

Things are starting to change though.

Given the disparity between conversion rates on desktop compared to mobile, it’s perhaps understandable that retailers might put more effort into optimising their desktop checkout.

However as mobile conversions are so hard to come by, you really need to make their purchase journey as comfortable as possible.

These are by no means the very finest mobile checkouts in the world, and I’d actually be interested to read your nominations should you wish to add them in the comments section.

But these retailers have proved to be better than most when it comes to mobile checkout design.

Firstly, here are the criteria I look for…

London Fashion Week is over for another year, and what a week it’s been.

The Econsultancy content team have been to exactly zero catwalk shows and no glitzy parties, and quite frankly we’re exhausted.

Thankfully our friends in the world of fashion were kind enough to share all the glamour via social media, so we have a fair idea of what went on at the major fashion shows.

This is likely because they’re two of Britain’s most recognised fashion brands, but both have also engaged in some interesting social activity around London Fashion Week.

Here’s a quick run through of what they’ve been up to, and for a look back at previous years read our posts from LFW 2013 and 2012…

In the same way that exclusive offers and flash sales cause shoppers to throw rational thought out of the window, dwindling stock levels create a fear of loss and a sense of urgency that nudges consumers ever closer to making a purchase.

Ecommerce retailers are obviously wise to this as a sales tactic and it’s common to see stock information displayed prominently on product pages.

With this in mind I’ve been scouring apparel ecommerce sites to see how different retailers present stock levels as part of their product page design.

Here’s a selection of what I found…