Earlier this year, it was revealed that Amazon will be issuing a print catalog for toys that it distributes via mail and at Whole Foods supermarkets. Amazon acquired Whole Foods for in 2017 for nearly $14bn and has been transforming it into a platform that can support its core business.

Now, another major retailer’s plans for capturing Toys R Us are coming into focus. In a blog post, Target, the eighth largest retailer in the US by sales, announced “enhancements” it is rolling out that it hopes will “make Target [shoppers’] top pick for toys this holiday and beyond.”

The enhancements include a doubling of the number of toys that it carries, many of which Target says are “new and exclusive.” Later this month, Target will unveil on Target.com a feature dubbed Toy Hub which aims to help shoppers discover toys of interest. In addition, for the holiday season, Target will launch a toy gift finder on its site.

Not surprisingly, the retailer’s efforts to drive toy sales are multichannel in nature. Target says it is making room for 250,000 more square feet for toys across some 500 stores so that it can showcase a greater number of toys. In some stores, the company is revamping the toy shopping experience. The
company explained:

“More than 100 of our remodeled stores now have an updated toys experience with a new layout, oversized displays featuring popular characters and brands like LEGO and Our Generation dolls, and interactive play experiences. We’ve even moved the kids’ books department right next to the toy department to create a world catered to our littlest guests.” 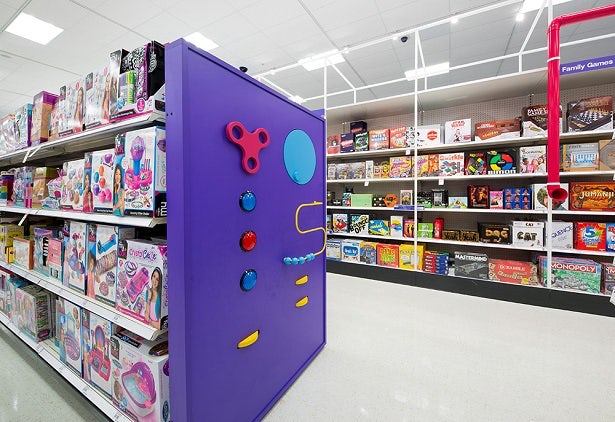 To engage shoppers, Target will be hosting in-store events where kids can interact with characters, play with toys, and win prizes. The company says these events will offer 25,000 hours of “fun” to shoppers.

Finally, Target is aiming to make it easier for recipients of its print toy catalog to make online purchases. Using the Target mobile app’s barcode scanner, shoppers can hover over a catalog page, retrieve information about the products on it, and add products of interest to their shopping carts.

The moment of truth

Retailers will no doubt see greater toy sales now that Toys R Us is gone, but it remains to be seen whether their efforts will allow them to capture sales from this segment of the market greater than that which they would have been expected to attain anyway.

In other words, it remains to be seen whether any will be able to establish an outsized position in the market through superior customer experience, savvier merchandising, etc.

On the surface, many retailers are employing largely the same techniques in an effort to fill the void Toys R Us left in the market, so what’s happening behind the scenes might prove critical.

As toy maker Hasbro’s third quarter financial results revealed, retailers have been largely waiting for the holiday shopping season to make their moves, so we’re closer to finding out which retailers will benefit the most from the fall of Toys R Us.

Master multichannel with our one-day training course: Multichannel Marketing and the Customer Journey

Malaysia held its 5th annual ‘Cybersale’ in September. So, what are the takeaways for companies who could participate in the future?