UK customers can also view the shoppable video on Selfridges’ site, while Nordstrom is the US partner for the ‘Mission Impeccable’ campaign.

The film portrays T.E.D. as the leader of a spy agency that is out to thwart a ‘couture catastrophe’.

Here’s the video, without the shoppable element.

Ted Baker has also partnered with Google’s voice search to bring a further interactive element to the retail experience.

If users ask Google one of the slogans written on Ted Baker’s shop windows around the UK they will be entered into a prize draw and can access extra information about the film’s characters.

So, in the grand tradition of Econsultancy blog posts, we must ask… is it any good?

I’ve never been entirely sold on the idea of shoppable video, and unfortunately this campaign hasn’t won me over.

In my opinion the creative idea in the video is quickly lost as the viewer gets distracted trying to identify things they can click on. It becomes a bit like a game of whack-a-mole.

The Mission Impeccable video begins with instructions on how to add items to your ‘vault’. Initially I thought this meant I had to press the ‘+’ button on my keyboard to add items to my basket, but in fact you just click the icon with your mouse.

The total number of items you’ve clicked is totted up in the top right hand corner, and the products also appear lower down the screen below the video.

It’s an interesting concept and the video is very slick, but I’m not convinced by the execution.

Take this shot for example. It’s dimly lit, and there are too many options on screen. The viewer has to pause the video to get a decent look at the items, and it’s not entirely clear what I’m adding to my basket.

Equally, by having to regularly pause the film to browse the items on screen, you lose track of the storyline.

After spotting this tweet I skulked off into the office stairwell so nobody would hear me tell my Samsung that ‘The gatekeeper’s Paisley is loud and crude.’

Head to Ted’s Regent St store and play with the interactive windows – there’s £1000 up for grabs #MissionImpeccable pic.twitter.com/yDYpaGfY13

The secret website was then presented as a paid search result. In hindsight this delivery method is quite obvious, but I was pleasantly surprised and think it’s a good creative idea. The landing page displays an animated Gif of my password being accepted, before giving me a code that can be shown in-store to claim a prize.

My curiosity piqued, I wandered the short distance to Regents Street where the friendly staff were ready and waiting for customers to walk in demanding freebies.

The process of claiming a prize will likely become a bit slicker once the staff have had some practice, but after the briefest of waits I was eventually given the choice of a shave at a Ted Baker salon or a branded backgammon set.

I opted for the latter.

Upon exiting the shop I noticed several people outside speaking the code words into their phones, so the campaign already seems to be attracting some interest.

While I like the concept behind this multichannel campaign, I’m still not convinced by the shoppable video.

Personally I like to take a bit of time when shopping rather than trying to quickly click on random products before they disappear off screen.

That said, the previous shoppable video campaign yielded good results for Ted Baker and it provides some good PR value.

The voice search element is also very clever and I really like the execution. It’s quick, simple and will help to entice people in-store.

Overall I like the Mission Impeccable creative, but I think shoppable video is a technology I’ll never get on board with. 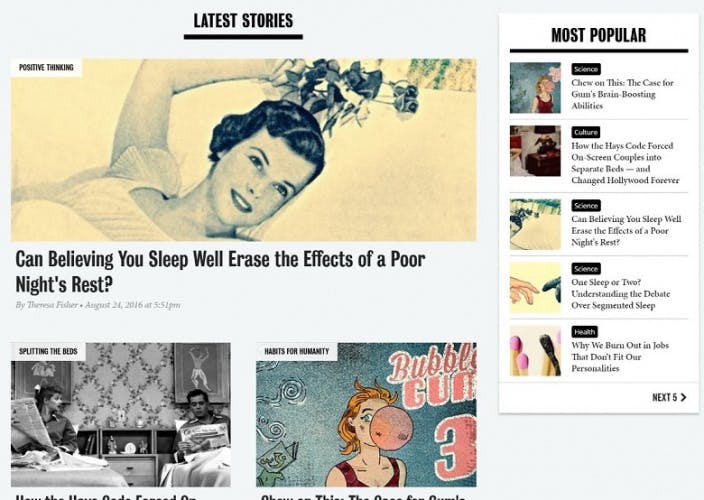 We recently wrote about how London Zoo is making use of Facebook Live.

This time, we decided to speak to the man behind the camera, Dan John, to gain further insight into the Zoo’s wider social and video strategy.