Mark Twain once said, ‘There are lies, damned lies and statistics other than the ones included in the weekly Econsultancy digital marketing stats round-up.’

This week we’ll be covering some rather alarming cart abandonment rates, promising news for UK adspend, and a whole load of stats around social and ecommerce.

A new infographic from SaleCycle has shed light on the online shopping habits of people across the world.

The stats come from its Q3 2015 quarterly remarketing report on 500 global brands.

Check out the infographic below: UK adspend hits record high in first half of 2015

UK advertising spend grew 5.8% in the first half of this year to reach a record high of £9.42bn, according to the Q2 Advertising Expenditure Report by the Advertising Association and Warc.

The study of more than 200 ecommerce professionals across retail, travel and finance sectors by User Replay found that 50% of website issues are going unidentified due to lack of visibility of the customer journey.

John Lewis recently released its Retail Report 2015, which highlights some interesting trends that are almost certainly applicable to other big retailers.

Not only has mobile significantly increased as a percentage of total traffic, mobile revenue has also grown by 68% in the last 12 months, and John Lewis predicts this will continue to rise. 61% of marketers are active on social, but the majority at board level aren’t

New research from Kingpin suggests there is disconnect when trying to influence marketers via social because people in the most senior roles tend not to be active on social media.

Check out the images below for more stats: Microsoft the most powerful brand on social

The latest Lithium Social Power Ranking list (formerly the Klout 50) has detailed the top 50 most powerful brands on social media.

Tech and retail brands dominated the list, although Amazon has been bumped to second place.

Check out the top 10 brands on the list below, with scores on the right: BeautyBay is the most socially engaged multi-brand premium health and beauty retailer, according to a new study by Leapfrog.

Leapfrogg’s engagement rate scorecard covered actions such as likes, comments and shares, which were then divided by the number of fans to ensure brands with different sized audiences could be compared.

Check out the table below for the top 15 brands on the list: 80% of consumer sentiment on personalisation is positive

Based on a social media sentiment analysis of over 220,000 conversations covering 65 large retailers, a new report by Capgemini Consulting has revealed that personalisation initiatives are generally well received across the globe.

When it comes to privacy, however, 93% of consumer sentiment is negative, largely driven by data security issues and intrusive behaviour.

New data from eBay has revealed how blockbuster film releases can have a massive impact on consumer interest in related items.

Alongside the Aston Martin stat, other key findings include:

On this day in 1956, NBC broadcasted using videotape for the first time: A pre-recorded song sequence by Dorothy Collins during an otherwise live showing of the Jonathan Winters Show.

Today she simply would have video selfied herself directly onto that little piece of metal in our pocket using Meerkat or something. It’s the future, people, and we’re living in it. 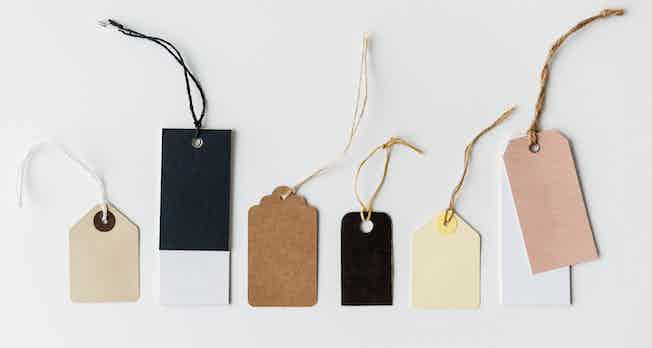 Retailers often go to great lengths to ensure the consumer’s path to purchase on their site is laid with gold bricks and pleasant surprises.

Unfortunately, many allocate too many resources to the path and a meager amount to the destination.