Only 28% of the 335 Australian B2B respondents have a customer experience strategy and, pretty startlingly, less than half have a lead generation and nurturing strategy. Our CEO, Ashley Friedlein, has previously written about the tactical nature of digital marketing, but this lack of strategy in Australian B2B is surely cause for concern? As regards social media, 72% of B2B marketers said they are publishers on social channels, but only 14% of these were achieving consistently good results and return on investment (ROI) from this activity. 30% said it was too early to tell the ROI and 34% said there was no consistency of ROI.

Perhaps more promisingly, the majority of respondents could put a price on their marketing leads, though 37% still have some work to do here (see chart below). A new report from Kantar Millward Brown suggests that Generation Z is less likely to engage with advertising than Gen X or Y.

Gen Z’s daily mobile usage is lower than older generations; 74% spend more than an hour a day on their mobile, compared to 83% for Gen Y and 77% for Gen X. Gen Z also consumes less TV, radio and print.

Humour was the highest positive attribute for Gen Z when considering advertising creative, with 58% saying it made them warm to an ad, followed by 51% for storytelling.

28% of digital ad campaign traffic in China is non-human

On average 28% of a digital campaign’s traffic in China was non-human during the first half of 2016, according to a report by AdMaster, recently covered by Digiday.

AdMaster’s survey of 500 Chinese advertisers found that fraudulent traffic could go up to 95% for some campaigns.

Advertisers in China plan to increase their digital marketing expenditure by 17% on average in 2017, with data management platforms predicted to have a big year by 55% of advertisers.

Perhaps surprisingly, behind DMPs, ‘augmented reality/virtual reality’ was the most popular prediction for 2017, above programmatic, cloud and location-based targeting. These findings come from another survey by AdMaster which also reveals 87% of respondents say they will be spending more on mobile advertising (including social, video apps and search), and 55% spending less on desktop advertising.

Almost half (49%) of respondents say they will be investing in influencers on WeChat and Sina Weibo. A similar figure (48%) will invest in user-generated content.

Internet penetration at 46% in APAC

We Are Social and Hootsuite published a presentation this month, some 109 slides in length, offering plenty of stats on digital penetration worldwide.

There’s much in there for APAC, including some growth statistics over 2016 (mobile subscriptions at almost 4bn, with internet users up 15%, for example). An eye tracking study by Fairfax media has revealed a number of findings about digital advertising. They include:

The eye tracking study used the Sydney Morning Herald’s website across mobile and desktop. The image below shows consumer attention during the first 10 seconds after page load. PR agencies have shorter relationships with client marketers in China

The average partnership between PR agencies and client marketers is down from 2.9 years in 2015, to 2.5 years today. In addition, a PR’s digital capabilities are now regarded as an important factor by the majority of client marketers (59%). In 2015, this figure was a barely believable 3.5%.

The figures come from R3’s PR Agency Scope survey of 150 marketers in APAC, reported by The Holmes Report.

However, these finding clash with previous R3 research which suggested marketers are developing fewer PR relationships, but that those relationships are more trusted and last for longer. Perhaps more data needed.

Priceza, the shopping search engine and price comparison tool, has produced a report analysing the 2016 usage of its service across APAC.

The report shows steady growth since 2015, particularly in its Fashion and Clothing category. Thailand and Indonesia are the countries experiencing quickest growth overall:

Some terms in digital marketing are difficult to get a hold of. They may have many definitions, or be the victims of prolonged misuse.

I’ve gathered up some of these terms in an attempt to assist people who are new to the industry. 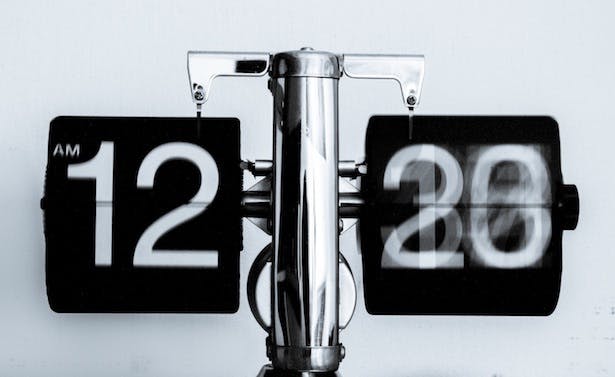 Some of today’s most successful marketers can attribute their achievements to decade-old wisdom dating back to post-war Japan’s ‘just-in-time’ approach.

In those days, manufacturing organizations learned to trim their inventory and produce only what their customers demanded, at the right time, and with the highest level of quality.