Grab a tea, coffee, or a comforting beverage of your choice – it’s time for stats.

This week’s roundup includes talk about online sales, search snippets, data privacy and lots more. Be sure to check out the Internet Statistics Compendium too. It’s always jam-packed full of extra info.

With GDPR coming into force in less than 100 days, many organisations still need to seek consent. According to SmartFocus, companies asking customers to make a decision run the risk of triggering mass unsubscription requests if they email in the morning.

From the analysis of 1.4 billion email marketing messages, it found that the most likely time for unsubscribes is between 10:15am and 12:30pm, with this time-period producing a 20% higher unsubscribe rate compared to the rest of the day.

In contrast, 6pm produced the fewest unsubscribes – 15% lower than the daily average and 35% below the peak. Most marketing emails were opened between 6pm and 9pm.

Insight suggests that emails sent earlier in the day are more likely to be seen as an intrusion, as recipients are busy at work and going about their day. Consequently, emails sent at night will be seen in a much more positive light. 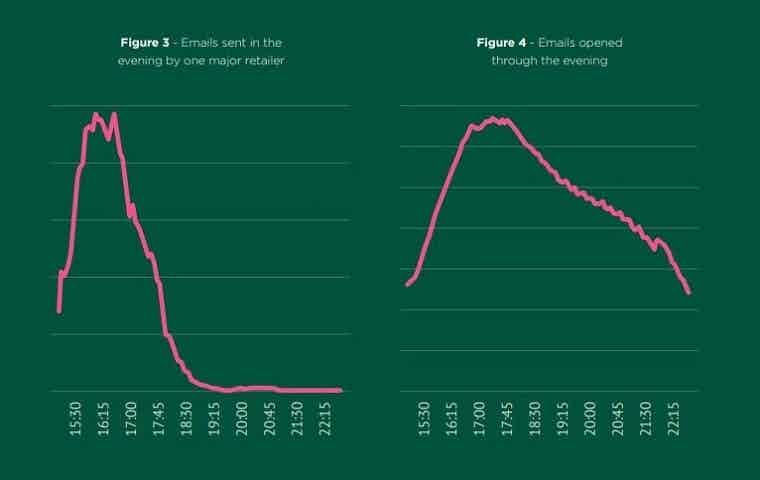 New analysis from Stickyeyes has revealed that in the UK two big price comparison websites are driving the most organic traffic from search within the consumer banking sector.

Both Money Supermarket and MoneySavingExpert are dominating, with the former generating an estimated 427,000 visits from organic non-brand search. To put this into perspective, this is more than three times the traffic generated by the most visible banking brand, Halifax.

As a result of this success, we’ve also seen banks up their game, with the likes of Barclays, Nationwide and Tesco Bank focusing less on traffic-driving terms and more on focused content around informational search queries and consumer advice.

Mortgages is by far the biggest driver of traffic, generating just over 32% of the overall search volume in the consumer banking market. Meanwhile, car finance appears to be growing, with many brands adapting strategy to meet specific consumer needs. 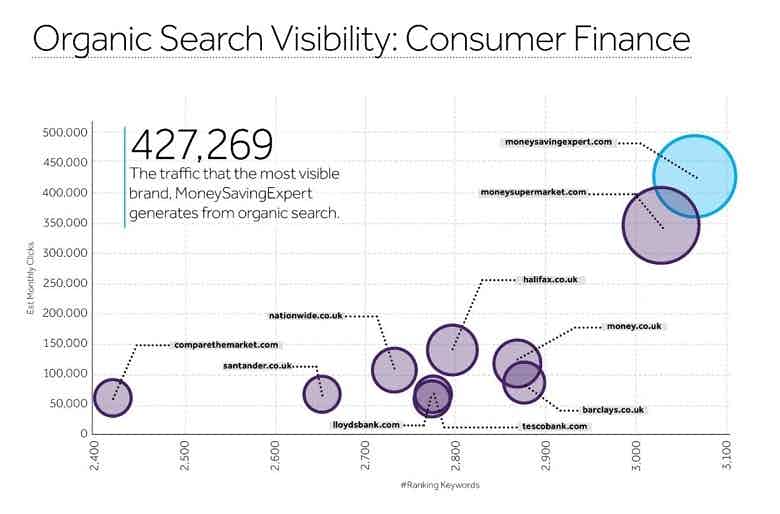 As Google extends the length of search snippet meta descriptions from 155 to 320 characters, Click Consult has analysed which sectors are displaying longer snippets.

Out of all six industries included in the study, the legal sector was found to have the highest proportion of listings over 200 characters (52%), with the average character count being 312.

Second to this was the insurance sector, where 41% of search results were 200 characters. Within this sector, 34% of the results were optimised for the expanded character limit – not too surprising considering the sector’s highly competitive nature.

Overall, the study suggests that while longer metas are often being pulled through by Google (as a result of a new focus on relevancy), there is also a new opportunity for brands to optimise themselves and potentially increase CTR.

RPC suggest that mobile commerce has been the driving force behind this, alongside other emerging technology including AI chatbots, smart speakers, and visual search.

Criteo’s latest report also backs this up, stating that mobile devices account for more than half of online transactions in the UK, with half of these mobile sales taking place on shopping apps. Fashion and luxury, and health and beauty retailers have seen the most dramatic rise in UK mobile sales, seeing a 56% increase year-on-year.

Mobile is key for millennial engagement

A new report by GlobalWebIndex has delved into the behaviours of millennials, specifically in terms of device usage and commerce engagement. Results come from GWI interviews of over 350,000 internet users, from which it then identified those aged 21 to 34.

Key takeaways from the report include the fact that 68% of millennials choose their mobile as their most important device, compared to just 16% for laptop and 14% for desktop PC. This group also use an average of 2.8 devices to access the internet, and average nearly four hours spent online each day.

Elsewhere, search engines are the first port of call for brand research, with 49% of millennials using this channel. Social networks are also highly impactful for purchasing decisions, with 44% researching products and services via platforms like Instagram and Pinterest.

Lastly, the report highlights the importance of free delivery, with 58% of millennials stating that this is the most influential purchase driver (with coupons and discounts coming second).

From a survey of 9,500 senior executives, PwC has found that businesses are not doing enough to develop stable security and data-privacy strategies.

It found that just 51% of executives have an accurate inventory of employee and customer personal data, while 53% conduct compliance audits of third parties who handle this data. Meanwhile, 48% of respondents say advanced authentication has helped reduce fraud, and 46% plan to boost investment in this area in 2018.

Finally, only 53% of businesses say they require employees to complete training on privacy policy and practices, and just 32% say they had started a GDPR assessment in 2017. 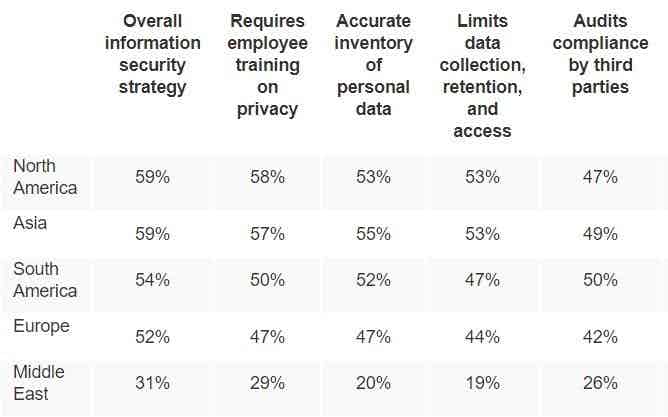 You’ll find all the GDPR resources marketers need, in one place here. 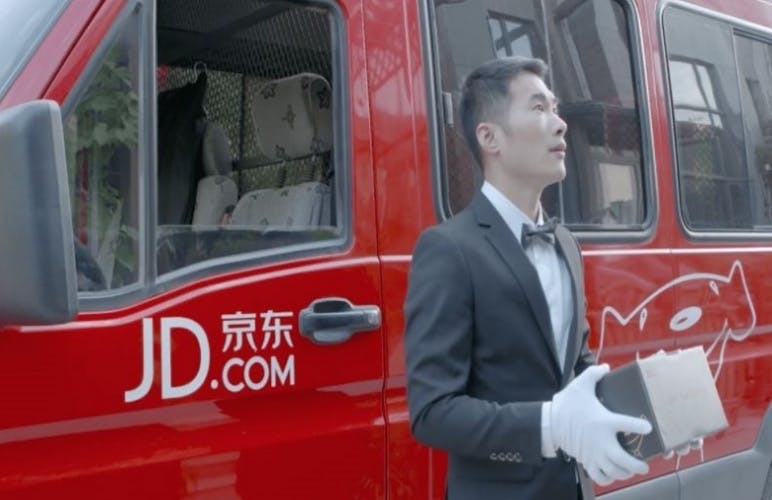 Ecommerce is now a big focus for luxury brands.

According to Bain, these efforts are paying off. The global luxury market grew by 5% to reach an estimated €1.2 trillion in 2017, with online sales increasing by 24% to reach an overall market share of 9%.

In a recent Econsultancy survey, 67% of clientside marketers said they have at least partially read the ICO guide to the General Data Protection Regulation (GDPR).

But whether you have or haven’t read this excellent guide (it’s certainly the best starting point), there are plenty of other resources you will need access to if you really want to engage with the GDPR. Here’s a list of the ones I have found useful…