Welcome to your weekly stats roundup.

So, get stuck in, and be sure to check out the Internet Statistics Compendium while you’re at it.

As Amazon’s quarterly advertising sales surpass $2 billion for the first time, new data from Kenshoo confirms how brands are showing increasing interest in buying search and product ads on the site.

It reports that spend on Amazon ads grew nearly 3x between the third quarter of 2017 and the first quarter of 2018. Meanwhile, spend rose 16% between Q4 2017 and Q1 2018 – despite the fact that online ad spend typically peaks in Q4 due to the holiday shopping season when consumer retail spending is at its highest.

One of the main reasons for this is the growing recognition that consumers already have a strong intent to make a purchase on the site. Meanwhile, ads on Amazon fit in naturally with the content and information present on the pages where they appear, meaning they tend to be clicked on far more than ads on other sites. 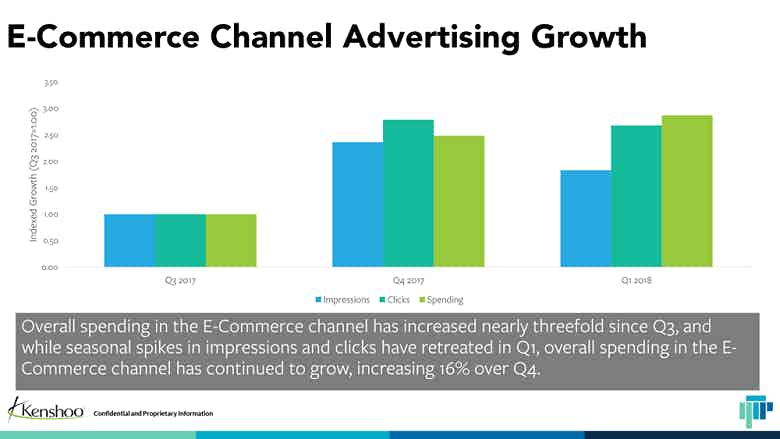 Mindshare’s ‘Layered’ report has uncovered some interesting opinion about augmented reality. In a survey of over 1,000 UK smartphone owners, one third (or 33%) of respondents said they believe AR would help them to narrow down choices when shopping.

This reflects how an increasing number of consumers expect products and other physical objects to contain additional layers of digital content or information. In fact, 55% would like to be able to point their phone at any object and receive information about it, rising to 74% amongst those who have already experienced AR.

Mindshare’s report also reveals that AR experiences generate 1.9 times the levels of engagement amongst consumers compared to their non-AR equivalent, proving the benefits for brands experimenting with the technology. 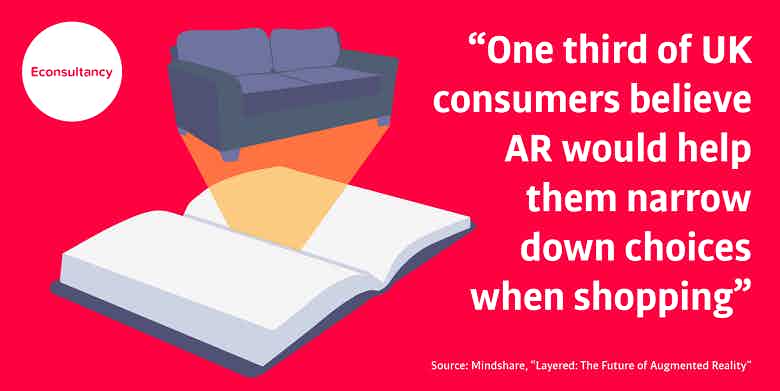 Retailers missing out on revenue from product-focused emails

Bluecore’s latest report suggests that retailers are missing opportunities to understand how product behaviours – i.e. price drops, back-in-stock and new inventory – can influence the emails they send to customers with known product affinities.

Currently, retailers are more focused on customer behaviour emails, i.e. abandoned shopping carts and category searches. However, it suggests that for every $100,000 of revenue that cart abandonment emails drive, retailers can generate an additional $65,000 from product abandonment emails, $28,000 from price decrease emails, $22,000 from new product arrival emails, and $10,000 for back-in-stock emails.

The report also suggests that satisfied customers can quickly become dissatisfied email subscribers. While post-purchase emails have a 40% open rate, the conversion rate is just 0.4% and the unsubscribe rate is higher than any other type of triggered email type (also 0.4%).

According to the latest Digital Adspend report by the IAB UK and PwC, advertisers spent £476 million more on smartphone video ads in 2017, making it the fastest-growing online ad format. This was an increase of 69% on 2016, taking total spend on the format to £1.17 billion.

Video contributed heavily to the total amount spent across all smartphone advertising, rising by 37.4% to £5.2bn. As a result, 45% of all digital ad spend went on smartphones compared to just 9% five years ago. 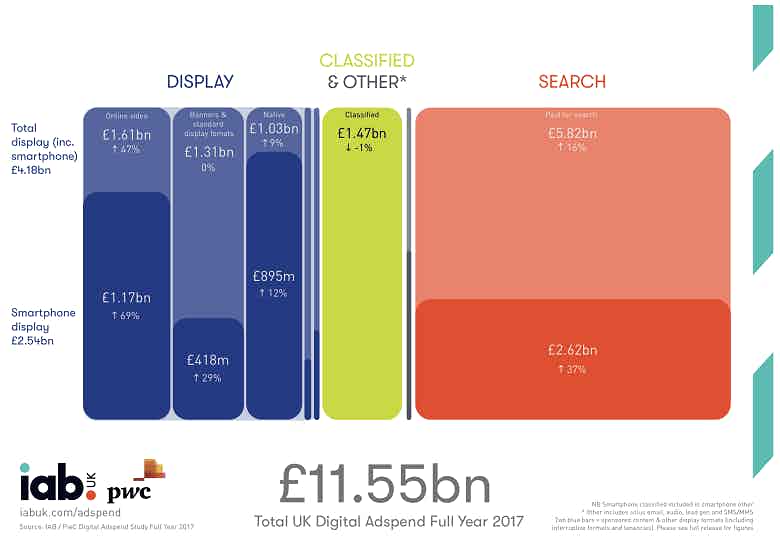 Despite this news, online remains a small part of the grocery market, with its overall share only increasing from 6.3% to 6.4% across the year.

With the average basket size being four times larger online than in-store, the reason for the market’s small stature is not merely spend. Rather, it appears to be down to frequency. This is because on average, people buy groceries online less than once a month compared to nearly 21 times a month in-store. This means that online shopping is dominated by the more infrequent ‘big shop’, while people regularly visit supermarkets to ‘top up’. 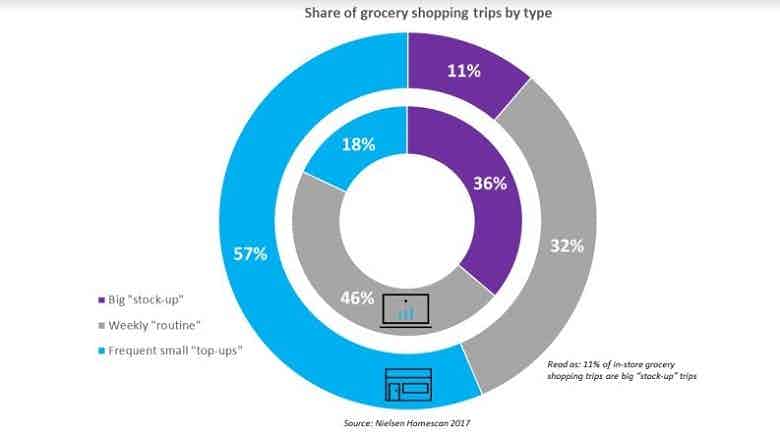 Research last year by the Association of National Advertisers (reported by Warc) has revealed that over half of brands using influencer marketing also exercise paid-for ads to maximise the impact of campaigns.

In a study on the influencer strategies of 158 client-side marketers, more than 50% said they use paid media to amplify their campaigns. Meanwhile, the research also highlights how widespread influencer marketing has become in general, with 75% of advertisers currently using the strategy. Out of those that aren’t using influencers, 27% plan to do so in the next 12 months.

That being said, opinion about the strategy can be mixed. 54% of the respondents who have brought influencers into their marketing mix said they are either ‘satisfied’ or ‘very satisfied’ with their performance. However, 49% reported a ‘neutral’ reaction, as they are yet unable to gauge long-term performance results. 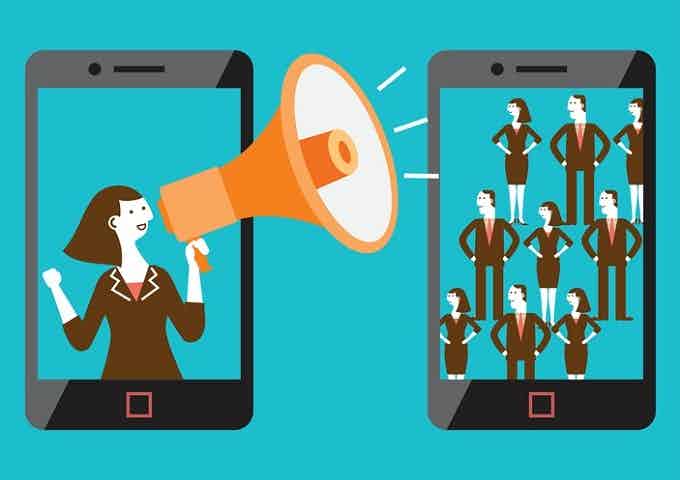 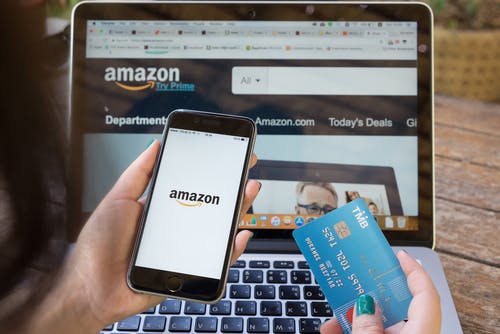 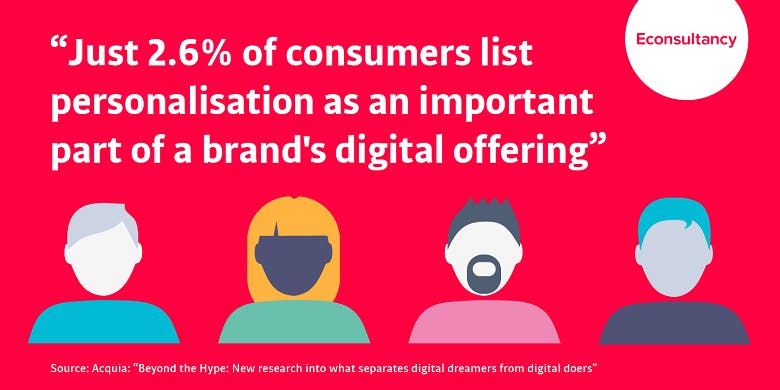 We trust you’ve had a suitably enjoyable week, especially those in the UK enjoying the hot weather. Let’s journey back and look at some of the digital marketing stats you might have missed. 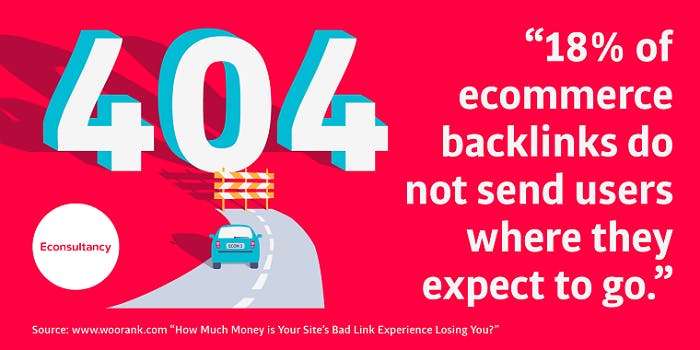 Get ready for a stellar roundup of digital marketing stats, including news about brand visibility, backlinks, sponsored content, and much more.

If that’s not enough, try delving into the Internet Statistics Compendium, as it’s packed full of further facts and figures.