What better way to kick off the most festive month of the year than with a run-down of digital marketing stats?

Before we crack on, there’s just time to remind you to download the Internet Statistics Compendium. It’s got enough stats in it to last you till the new year.

Adobe Insights has revealed the final sales tally for Cyber Monday came to a whopping $6.59bn, making it the largest online sales day in history in the US.

According to Hitwise, Amazon dominated the entire event, with data suggesting that out of the top 50 retailers in the US, it captured 54.9% of transactions (or 7.1m) on Black Friday alone.

So what contributed to Amazon’s success? You can read more analysis on that here.

Retailers miss out on mobile opportunity this Black Friday

Despite big numbers overall, Qubit has suggested that mobile was a major factor in low revenue-per-visitor numbers in the UK this year.

So, while most shoppers typically used mobile to browse, the channel only accounted for a third of retailer revenue. This perhaps suggests that retailers are depending too much on desktop conversion and failing to do enough to convert customers on mobile.

UK lags behind US brands for customer experience

According to a new survey by KPMG Nunwood, the UK is lagging behind the US when it comes to delivering world-class customer experience.

Ranking brands according to six metrics – personalisation, time and effort, resolution, integrity, expectations and empathy – the UK score fell from 7.33 to 7.08 this year. In contrast, the score for US brands rose from 7.42 to 7.75.

The UK brand currently leading the way in customer experience is QVC, which scored 9% higher than the industry average for personalisation. It was also praised for its quick response on social media, and high level of customer empathy.

From a study of over 70,000 people in 40 countries, GlobalWebIndex has found that 63% of internet users now stream music online, with mobile being the most-preferred device for doing so.

Perhaps unsurprisingly, it also revealed that Spotify is the most popular music streaming service (outside of China), with one in five internet users (or 22%) using it each month.

Spotify’s global footprint is evident in its latest marketing campaign, where it makes use of rich user data to highlight perspectives on both music and cultural events.

Drawing on streaming behaviour from its 60m paying subscribers – a milestone it reached in March of this year – it will run billboard ads in 18 markets featuring over 70 musical artists. Each one will depict ‘2018 goals’, such as ‘take a page from the 3,445 people who streamed ‘Boozy Brunch’ on a Wednesday.’ For B2B marketers looking ahead, Econsultancy’s B2B Digital Transformation report has revealed that the Internet of Things and AI are thought to be the most exciting prospects for 2020.

The findings back up other research that suggests 80% of marketers predict artificial intelligence will revolutionise marketing in the next few years. Over a quarter of respondents cited connected devices and AI (i.e. chatbots) as the most exciting opportunities to come. Marketers plan to increase video marketing in 2018 despite ongoing challenges

In a survey of 140 marketers from top US brands, Innovid has found that 79% plan to increase focus and overall spend on video marketing in 2018.

Despite recognition that video is one of the most impactful and effective mediums, it appears many marketers are still facing several roadblocks to success. Innovid also found that just 6% would describe their organisations as innovative in video, with 45% of respondents saying they are uninformed about the costs associated with video ads. Meanwhile, 35% say they lack in-house video expertise, largely relying on agencies to create video assets instead.

Interestingly, animation appears to be a rising trend in video marketing, as a number of brands look to the medium to create unique and emotive ads. Taco Bell is just one recent example, with its one minute and 40 second video so far generating over 1.1m YouTube views.

To learn more about this topic, check out Econsultancy’s video marketing training.

I recently attended an interesting WARC mini-conference on voice tech and machine learning. The stand out part was a joint session from Mindshare and JWT, highlighting their research in this area.

Here are some observations from this session regarding voice tech, beginning with some background before looking specifically at the commercial challenges and opportunities for brands. (Please also see my recent article, Why brands should be bothered about voice bots).

The popularity of experiential marketing continues, with brand events and experiences proving bigger and better than ever.

The benefits are clear. According to a study by Freeman, over half of global CMOs see brand experiences as a way to forge ongoing relationships with audiences, while 90% of global marketers think that brand experiences create more compelling engagement. 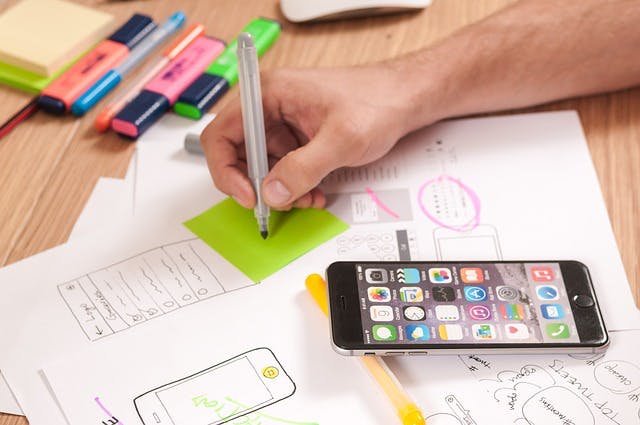 We’ve all been ordering our toilet tissue through Alexa, right?

Maybe not exactly. Let’s ask the experts about the biggest user experience (UX) trends in 2017.