Get ready for a stellar roundup of digital marketing stats, including news about brand visibility, backlinks, sponsored content, and much more.

If that’s not enough, try delving into the Internet Statistics Compendium, as it’s packed full of further facts and figures.

Meanwhile, 4.6% of links redirected users to the site’s homepage, taking the total amount of backlinks not matching user’s expectations to 18%.

As a consequence of these links, it is estimated that retailers could be losing $0.71 per click, based on average Google Shopping CPC.

To help combat the issue, WooRank emphasises the importance of error pages returning a 404 status (so that it does not show up in search results), as well as not using the homepage as a redirect. 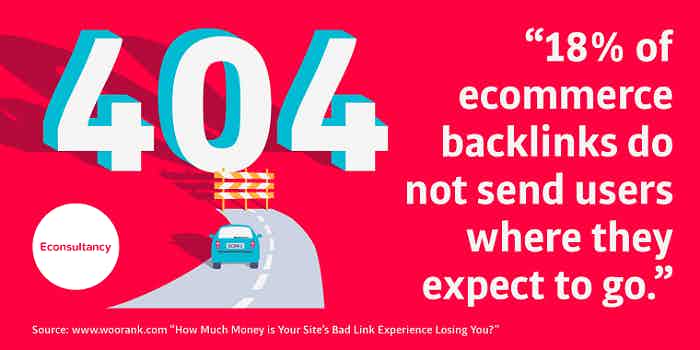 Adidas named as the most visible online brand

Bandwatch’s 2018 Brand Visibility report has analysed 250 million images (published on Twitter and Instagram) to identify the 100 most visible brands online.

The two biggest global sports brands top the list – Nike and Adidas. The latter wins by a reasonable margin, however, with its logo appearing 6,664,170 per month compared to Nike’s showing up 5,134,017 times.

Google has been named as the third most visible brand, with its image appearing 3,888,432 times per month, while Emirates comes in fourth, appearing 2,841,215.

See the top ten brands below, or check out the full list here. 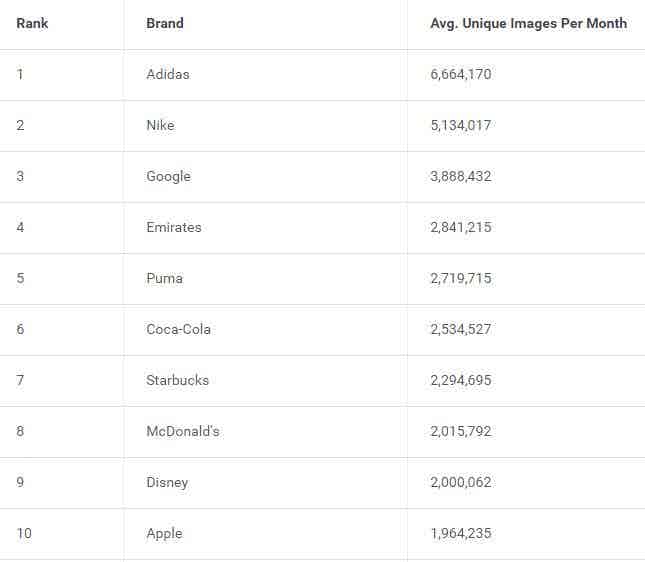 Building local audiences cited as location data’s most valuable use

A new report by Location Sciences explores the challenges and opportunities presented by location data for UK retailers.

From a survey of 157 retail professionals, it found that accurate location-based audiences is thought to be the most valuable insight gained by location data – cited by 36% of respondents. This refers to engaged audiences around a specific location, e.g. regular cinema visitors or in-store shoppers.

This is closely followed by footfall tracking as the data’s most valuable use, which was also cited by 28% of professionals. Interestingly, there was a big drop off in all other categories after this, including measurement of ad effectiveness, which is currently only being used by the most forward-thinking brands.

However, the report suggests that – as confidence in the accuracy of location data grows – uses cases will expand to include this, as well as other strategies like optimisation of cross-channel media spend. 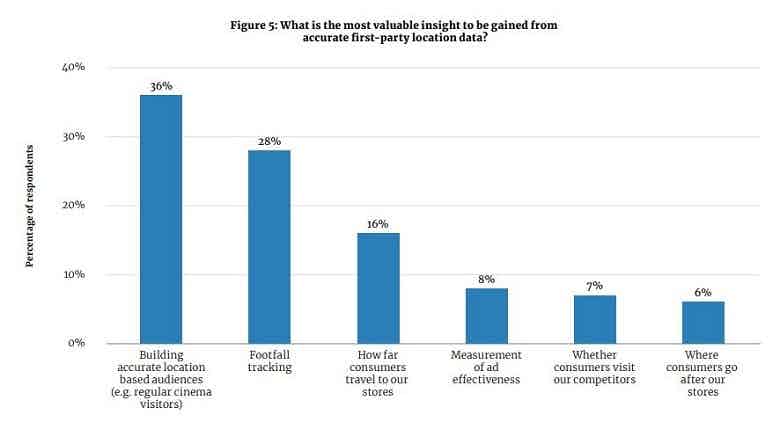 The Content Connect II report – based on a new global survey of 752 Reuters.com users – has revealed that there is a growing demand for personalisation in branded content.

77% of respondents said they expect to see more personalised content in future, with 63% of agreeing that personally relevant content improves how they feel about the associated brand. Similarly, 58% see brands in a more positive light if they provide them with content that matches their individual interests.

Lastly, the report highlights the importance of style and tone in branded content, revealing how specific content topics appeal to different personalities. For example, the top personality type for business and finance content is ‘ambitious’, whereas arts and culture is ‘creative’, politics is ‘outspoken’ and travel is ‘spontaneous’. 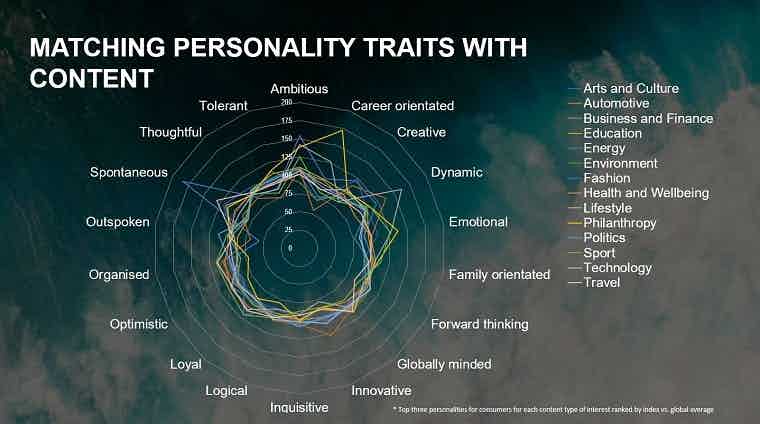 GlobalWebIndex’s latest social report has revealed that the role social media plays in the lives of users has evolved.

Now, 40% of digital consumers say they use social to follow the news, just shy of the 41% who identify social as a platform for keeping in touch with friends. This comes from a survey of 350,000 internet users aged 16 to 64.

Interestingly, this behaviour looks to be more prevalent amongst older users, with 47% of 16 to 24 year olds saying they use social media to fill up spare time, and 45% saying they use it find funny or entertaining content.

Lastly, the report also highlights how social media platforms are also becoming music hubs, with users of Facebook, Snapchat, Twitter and Instagram all spending longer on music streaming services per day on average than non-users. 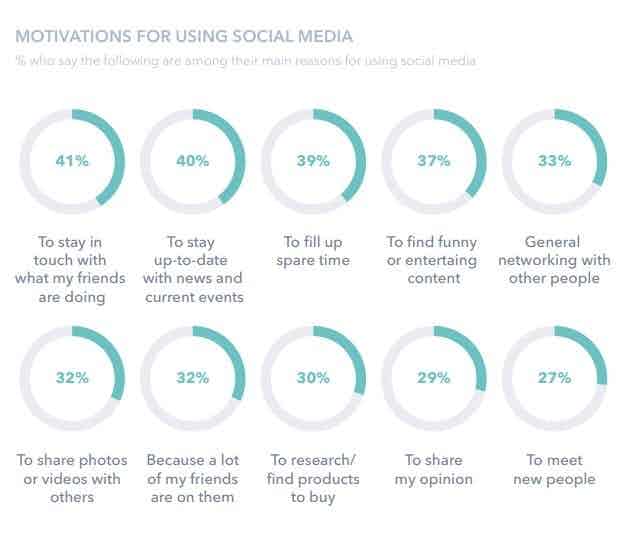 Criteo’s Q1 Global Commerce Review has revealed that there has been a rapid increase in the use of smartphones for retail purchases in the UK this quarter.

In Q1 2018, there was a 66% increase in online purchase growth rate on smartphone compared to Q4 2017, highlighting the increasing speed at which shoppers are adopting mobile as their primary platform.

The report – which comes from the analysis of over 5,000 retailers in more than 80 countries – also states that mobile devices accounted for 54% of retail transactions in the UK, while European retailers who have a dedicated app saw mobile account for 25% more of their transactions than those who don’t.

Meanwhile, in-app transactions have increased by 22% year-over-year globally, and in North America, the conversion rate on shopping apps is now more than three-times higher than on mobile web. 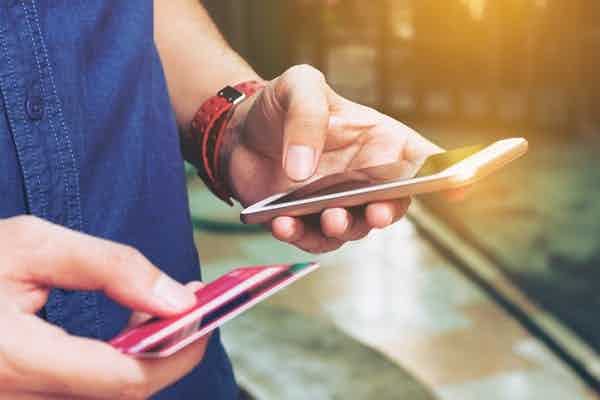 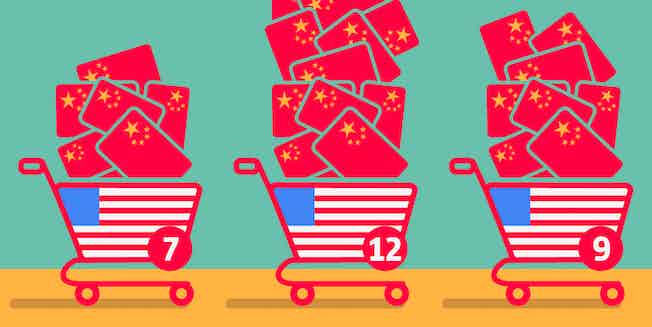 Get ready for a splendid round-up of stats.

This week’s includes news about data privacy, product pages, voice assistants and much more. And don’t forget to check out the Internet Statistics Compendium for more.

“It’s like being back on dial-up…” That’s the standard complaint when a web page takes too long to load. Those early days of the web when we’d sit and stare at the modem are gone.

The chirrups and beeps have been replaced by superfast broadband, 4G – imminently 5G – and this speed of delivery means every second counts.