Let’s delve into some stats, shall we?

This week’s roundup includes news about product thinking, programmatic media, and artificial intelligence. Be sure to check out the Internet Statistics Compendium while you’re here – there’s lots more included.

A report by Qualtrics – which comes from a survey of 260 UK marketers – found that 35% of respondents say they have collected more data on their customers than they could ever effectively analyse.

The report also found that 11% believe their mass data collection efforts add no value when it comes to truly understanding their customers, showing that many marketers simply don’t know how to pull out insights or identify valuable trends.

When it comes to the types of data that marketers are collecting, 94% say they monitor satisfaction levels, while just 51% say they look at social media sentiment, and 65% say email open rates. Econsultancy’s ‘Driving Digital Effectiveness’ report, in association with Code Computerlove, has revealed to how and to what extent the ideas of product thinking have been adopted by today’s marketers.

The research is based on a survey of more than 400 digital specials.

Results show that marketers generally have a good idea of the concept of product thinking – 64% of client-side respondents say that they understand the term – however, actual implementation is far lower. Just 13% said they are actually using product thinking as a fundamental principle. For much more on this topic, subscribers can download the report in full.

SEMrush has analysed fashion search data from June 2017 to June 2018 in order to uncover shopper’s favourite global and UK brands.

Elsewhere, Burberry tops the list of the most for luxury British brands around the world, followed by Ted Baker and Victoria Beckham.

Here in the UK, it seems we favour more affordable brands, as ASOS and New Look generate over four million UK-based searches each. New research by IPONWEB and ExchangeWire has revealed that 49% of all advertising agencies are now undertaking programmatic media buying using their own technology, with this allowing agencies a achieve superior performance across a number of key media buying and measurement criteria.

The research, which comes from a survey of 129 programmatic professionals, determined that 58% of agencies in the EMEA rely solely on their own technology, while this drops to 56% for North American agencies and 33% for those in APAC.

Research from Acceleration Partners has revealed that British retailers have seen an increase in online sales since this summer’s heatwave began, largely due to shoppers turning to their mobile phones when they are too hot to sleep at night.

It found that night time visitors to online retailers has increased by 26%, alongside a general lift in purchases of 17%.

Out of the retailers that took part in the survey, 85% stated that they had ‘more orders than usual’ and 48% said they noticed an ‘increase in average basket spend’.

Clothing retailers must adapt to weather-driven changes in search behaviour

80% of consumers want transparency from retailers on use of AI

RichRelevance has unveiled the results of its annual ‘Creepy or Cool’ survey, which involves the opinions of 2,500 consumers (across Europe) about technology in the retail space.

One of the biggest takeaways from the survey is that 80% of UK consumers want transparency from retailers on the use of AI, specifically to disclose its use to market products and to outline how they are using the technology.

In contrast, 50% cited technology that uses ‘fingerprint scanning to pay for items and get automatic home delivery’ as the coolest, while 46% also said the same for tech that allows you to ‘search for products on mobile using voice recognition’. Walker Sand’s ‘Future of Retail 2018’ report, based on a survey of 1,600 U.S. consumers, predicts that this year’s Amazon Prime Day could be the biggest ever.

Walker Sands also suggest that voice ordering could play a bigger role this year, with 19% of consumers reporting they’ve previously used a voice-controlled device to purchase products on Amazon Prime.

We could also see more deals on Amazon’s private label brands, as 18% of consumers say they have purchased from an Amazon private label brand in the past year. However, 30% also say they aren’t sure if they have, perhaps indicating that Amazon will put more of a spotlight on these products in future. Choozle’s 2018 Digital Advertising Trends Survey – which comes from a survey of 502 US consumers – delves into consumer attitudes to the trends that were predicted to impact the digital advertising industry this year.

It found that, despite video being a major predicted trend, 72% of consumers do not prefer video ads over other types of online advertisements. Meanwhile, despite headlines predicting a big opportunity for voice search advertising, just 7% of respondents said they’re influenced by ads served through Google Home, and 6% through Amazon’s Alexa.

The survey also found that 54% of respondents have not used an ad blocker in the past six months. That being said, 43% did say they feel negatively towards advertisements.

Lastly, 44% of respondents said that they are not very knowledgeable when it comes to how their personal data is being used, and 89% do not think companies are doing enough to protect their data.

Let’s journey back and look at some of the best stats we’ve seen this week.

This roundup includes news about voice tech, marketing budgets, ecommerce sales, and much more. If that’s not enough, check out the Internet Statistics Compendium too. 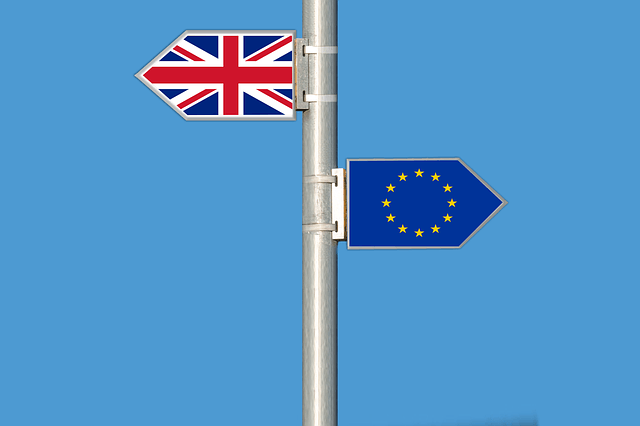