Let’s journey back and look at some of the best stats we’ve seen this week.

This roundup includes news about voice tech, marketing budgets, ecommerce sales, and much more. If that’s not enough, check out the Internet Statistics Compendium too.

Ofcom has revealed that, for the first time ever, there are more UK subscriptions to streaming services like Netflix and Now TV than there are to traditional pay TV services.

The total number of subscriptions to streaming services reached 15.4 million in Q1 2018, overtaking the number of pay TV subscriptions, which now stands at 15.1 million.

Ofcom’s report also highlights a decline in revenue for pay TV providers, with a 2.7% decrease last year to £6.4bn. In contrast, the increasing number of streaming subscriptions has contributed to a 25% growth in online audio-visual revenues, to reach £2.3bn in 2017.

Unsurprisingly, people are spending less time watching television on traditional sets. Average daily broadcast viewing on TV sets fell by nine minutes in 2017, and is down a total of 38 minutes since 2012.

Urban Airship has analysed the number of push notifications sent by publishers and brands via their technology over the World Cup period.

According to its data, the England vs. Croatia game saw a huge spike, with Urban Airship hitting a record throughput of 380,000 notifications per second, which was sustained for more than one minute. The entire traffic spike lasted for about five minutes.

France vs. Belgium’s traffic spike also lasted about five minutes, but with a peak throughput of 310,000 notifications per second. A new report from Nielsen, which stems from a survey of 200 marketing budget decision-makers at B2C companies, has revealed that the majority of marketers lack confidence in budget allocation.

60% of marketers (or three in five) say they lack confidence in their team’s ability to effectively allocate marketing budget. As a result of this, 68% say they simply use the previous year’s budget and either increase, decrease, or level-fund it.

Meanwhile, 63% agree that it’s difficult to determine marketing spend allocation across tactics that will drive maximum ROI. 57% also use spreadsheet analyses to predict performance based on budget. Only about a quarter use simulation software intended for these complex calculations. Marketing in 2018: Too tactical and not strategic enough?

According to new data from Adobe, UK ecommerce sales exceeded £28 billion during the first half of 2018 – a staggering 10% growth year-on-year compared to 2017.

We might have the World Cup to thank for this increase in spending, as the first two days of the championship saw the highest spend in H1 – £218.7 million and £237.6 million respectively.

New research from OneChocolate suggests a growing number of marketers are increasing their investment in micro-partnerships – a term that denotes collaborations with individuals or organisations, costing £0k-£50k per year, per partnership.

A survey of 200 UK marketing decision-makers found that 88% have increased their investment in micro partnerships during the past 12 months, while 84% are planning to increase investment further in 2018/19.

When it comes to the benefits of investing, 61% of marketers say the biggest is increased brand awareness. Similarly, 51% say added brand value, and 42% say increased sales.

Micro-partnerships involving influencers, online communities, and organic social media were found to be the most popular in 2018, while investment in celebrity-focused partnerships is set to rise in 2019.

Despite this surge in interest in micro-partnerships, measurement is proving to be a struggle for some. As a result, while digital engagement metrics have made it easier to measure success, only 22% of marketers are confident enough to set ROI targets. 84% of marketers say data quality is more important than scale

A study by Lotame, involving a survey of 300 marketers that buy or use audience data, has revealed that it is data quality that matters the most – not scale or price.

When it comes to buying data, 84% of respondents said accuracy is key, while 55% said price and 37% said scale. 90% of marketers also commented that they’d buy more data if it was more accurate.

Meanwhile, the survey found that just 20% of marketers who purchase or use demographic data are ‘very confident’ of its accuracy, while 68% are ‘somewhat confident.’ Meanwhile, 12% are either ‘slightly confident’ or ‘not confident at all’ in the accuracy of the data they purchase.

49% of marketers have not received training in the key skills they believe are essential to their career progression and future in the industry. This is according to research from IDM, which suggests that there are 33 key skills across five categories.

The report, which comes from 377 survey responses, found that 38% of marketers have had no training in the last 12 months on any of the 33 skills. For those who have been in their current role for five years or more, this rises to 47%. Meanwhile, marketers that have been in their current company for two years or less are most likely to have had training in the last 12 months.

The survey also revealed that, for 52% of respondents, taking a course has led to recognition within their existing organisation, with 28% receiving a promotion. 23% have transferred their new skills elsewhere, however, for 38% of people, the training did not result in any outcome beyond the direct skills acquired. Voice activated technology is popular among organisational decision-makers, suggests a new report from Globant. In a survey of 679 US senior level decision makers, 45% of respondents said they use voice-activated technology daily in their personal lives, and 72% use it weekly.

However, usage drops in the workplace – 31% of respondents said they use voice tech daily at work, and 53% said weekly. Meanwhile, 33% said they never use voice-activated technology at work.

Globant suggests that this imbalance (between usage in personal and professional lives) could lead to unprepared investments in the technology. 55% of respondents said they feel prepared to effectively use voice-activated technology to improve internal operations at their organisations.

As a result, approximately 33% of companies are considering possible voice technology vendors, and 27% of organisations have actually selected a vendor. 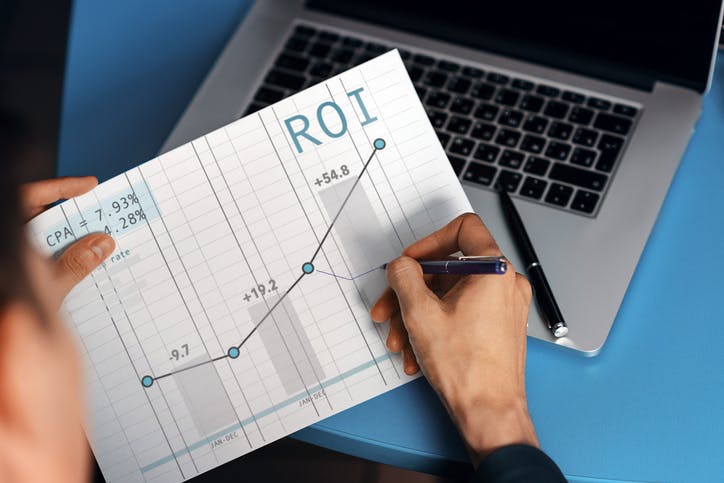 Etsy is somewhat of an antidote to the mammoth marketplace that is Amazon.

Unlike the latter – where retailers fiercely compete on price and shipping – Etsy has more of a community-driven focus, with sellers aiming to create a connection with buyers in order to build reputation and drive sales. 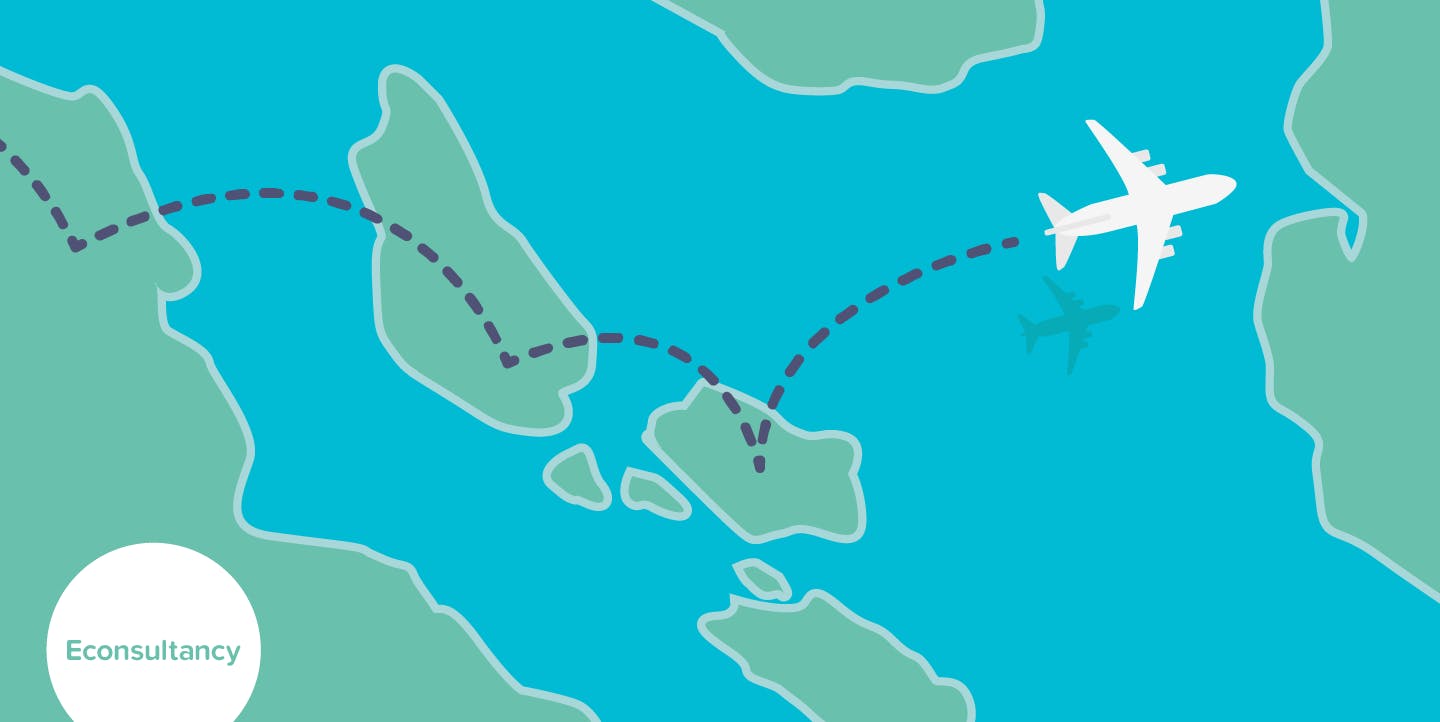 According to recent research, travel is the second poorest performing sector for mobile user experience.

According to iProspect estimates, the travel industry is missing out on £900 million a year in potential revenue due to this poor mobile performance.

SaleCycle has recently conducted some research on increasing online travel bookings, looking at mobile optimisation. All but one of the top 50 travel sites were ‘mobile-friendly’ i.e. they were tailored in some way to a small screen, but good mobile UX goes deeper than that.