We’re mid-way through the month, and bringing you even more statistical goodness to see you right on through.

Based on a survey of 6,000 shoppers from six different countries (the UK, the US, Canada, Australia, Germany and France) and the evaluation of 70 brick-and-mortar stores, it found that 87% of people start their hunt for a new product on digital channels. However, when it comes to actually buying, it appears that the physical experience is still largely preferable. 46% of shoppers say they still prefer to buy in a physical store, while 35% say the same for laptops, and 18% for mobile phones.

Other key takeaways from the report include the importance of personalisation, with this (which takes into account AI and machine learning) influencing 38% of all digital revenue.

Analysts have predicted that profits from Amazon’s advertising business will surpass that of its cloud computing income in just a few years.

Piper Jaffray announced that it expects Amazon’s ad business operating income to grow to $16 billion in 2021, compared to $15 billion for Amazon Web Services that year.

Amazon does not report on its advertising business directly, however this makes up the majority of its “other” segment, which topped $2.2 billion in the second quarter of 2018. A recent study revealed that 74% of consumers say that their happiest moment when shopping online is immediately after completing a purchase. Despite this fact, new research from Rokt has found that the confirmation page is highly overlooked.

In a survey conducted with a working group of ecommerce executives, 50% of respondents said they believe their organisation is ineffective at utilising the order confirmation page to drive further engagement with the customer.

This means many could be missing out on quick revenue wins, as the confirmation page presents an unparalleled opportunity to engage consumers when they are in a buying mind-set.

57% of executives also admitted their organisation does not currently have any initiatives to drive incremental revenue immediately after purchases have taken place. 45% said this was due to limited business resources, while 38% said it was because it is a perceived low revenue opportunity. Return Path’s 2018 Deliverability Benchmark report has revealed that 85% of email was delivered to inboxes over the past 12 months – representing an increase of 5% on the 2017 global inbox placement average.

Despite this fact, data has also revealed that nearly one in six commercial emails worldwide fails to reach its intended target, while 15% of email is still being diverted to spam folders or blocked altogether.

According to Return Path’s analysis, this year’s improvement was largely driven by inbox placement gains in North America and Europe. However, the large amount of filtered messages means that marketers are still missing out on a valuable opportunity to drive meaningful revenue from email.

In terms of industry, the best results were found in sectors with strong account-based consumer relationships such as banking & finance (seeing a 96% placement), distribution & manufacturing (also 96%), and travel (94%). Across the board, every industry saw an increase in inbox placement compared to the previous period. 46% of internet users get their news from social media

A new infographic from Global Web Index has revealed the behaviours and attitudes of today’s social media users.

51% of ‘news networkers’ say they also buy from the brands they see advertised on social channels. They are also avid fans of technology and digital content, with 58% agreeing that having the latest tech products is important, and 78% saying that the internet makes them feel closer to others. Summer might not yet be over, but new research from Rakuten marketing suggests that a large proportion of consumers are already buying for Christmas.

In a survey of over 6,000 consumers in eight markets across the US, Europe, and APAC, 48% of shoppers admitted that they have already started buying presents for the holidays.

With Chinese shoppers said to spend on average 193% more than their British counterparts, retailers should be considering how to make the most of these overseas markets. Influencer marketing could be one avenue, as one fifth of Korean and a quarter of Singaporean shoppers state that influencer videos provide the best deals. This figure rises to as much as 30% in China. 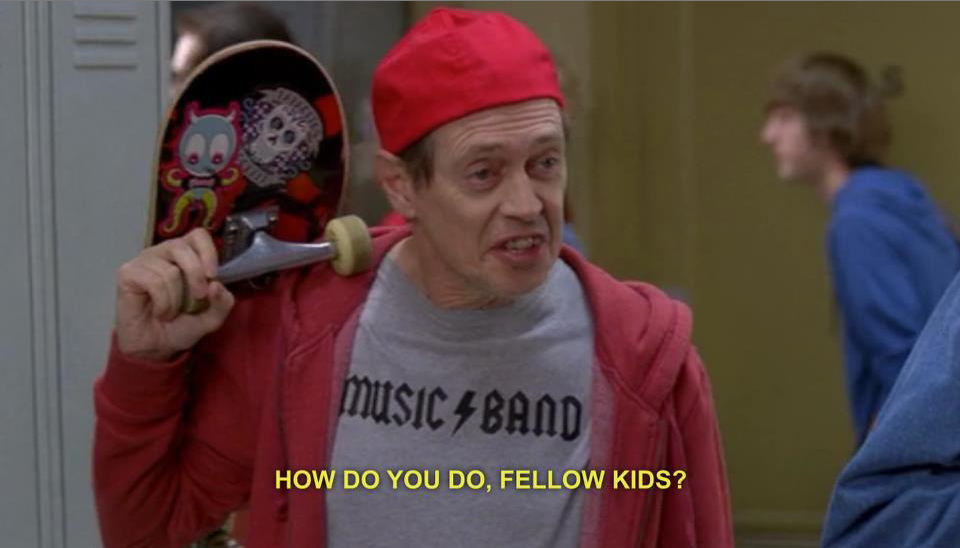 All right, that’s it – I’m calling time out. Brand marketing has finally gone too far.

We’ve all witnessed the cringe-inducing results of brands trying too hard to seem hip and cool and appeal to a younger generation, like Pepsi’s painfully tone-deaf “social justice” ad, or every brand that tried to use a meme and failed.

Econsultancy regularly goes ‘out into the field’ and hears what is on brand marketers’ minds.