Let’s marvel at some wondrous stats from the world of digital marketing, shall we?

Before we get on with the show, remember there’s always time to take a look at the Internet Statistics Compendium. It’s regularly updated with facts and figures to keep you in-the-know.

An IAB study involving Unilever and Nestlé has revealed the extent to which online display ads drive sales of brands both in-store and online.

Ads for nine brands were tested across mainstream desktop and mobile sites, including the likes of Guardian and eBay. The study analysed the purchasing behaviour of those who received ads compared to those who didn’t. Results found that every £1 spent on online display, ads delivered an average of £1.94 in sales across all supermarkets, with one brand in particular generating a £3.38 return.

The biggest takeaway from the study was that the vast majority of the sales attributable to the online ads happened in-stores, highlighting the power online ads can have on offline shopping behaviour. With reports earlier this year suggesting that ad-blocking usage had increased 30% – the study gives publishers and brands even more cause to persuade consumers about the value of ads.

According to MediaVision, Bing is proving to be a vital channel for paid search, seeing 896m monthly searches and a 43% year on year market share growth.

The study also found that when Bing Ads were compared alongside Google AdWords, Bing not only offered 29% lower costs per lead, but also boasted 30% higher ROI as well as a 97% increase in revenue.

While there are vast differences between the two – with some Paid Search accounts failing to optimise according to Bing’s performance and specific features – this suggests Bing Ads could be both more cost-effective and scalable than AdWords overall.

Asda wins the battle of the supermarket email campaigns

A study by Mailjet has revealed that Asda has performed the best in its Christmas email campaign out of all UK supermarkets. In the analysis of emails sent by eight of the leading UK supermarkets – ranked according to a range of metrics including design best practices, personalisation, subject line, cross-channel marketing, and creativity of  content – Asda scored 19.12 points out of an available 29.0.

Meanwhile, in terms of traditional advertising, 4C has also revealed that Aldi’s 2017 television advert has generated the most positive reaction online. When measuring this year’s Christmas ads in terms of social media engagement, Aldi’s was found to generate a 152% lift in social noise in the immediate five minutes after it aired. Meanwhile, M&S’s Paddington advert generated the most positive sentiment score of 87.5%.

42% of brand websites are still not GDPR compliant

An Ensighten survey of 100 UK brand marketers has revealed that 42% of brand websites are still not GDPR compliant, with just 28% of marketers expecting their websites to be compliant by the May 25th deadline next year.

It seems that many marketers are also shifting accountability – 46% of respondents stated that they don’t believe they’re responsible for the data across all of their digital properties. Additionally, only a quarter of marketers think they hold responsibility for all channels except those managed by marketing suppliers. In reality, they are in fact accountable for all digital channels (regardless of who runs them).

Interestingly, while there are still big challenges ahead, the survey also found that marketers do see GDPR as an opportunity to better harness big data, with 75% of marketers believing it will modernise the approach to customer interaction and engagement.

Much more on GDPR:

Research by Deloitte has revealed that 15m consumers in the UK now own a smartphone with biometric technology (i.e. fingerprint scanners), and 79% are now making use of the tech.

This news comes from a survey of 4,150 UK consumers on their mobile phone habits. The survey also revealed that 35% of respondents now use biometric technology to authorise financial payments and transactions – the equivalent to one in 10 smartphone owners in the UK.

Perhaps as a result of this shifting consumer behaviour, some brands are choosing to switch to cashless payments-only in restaurants and stores. But could this put off some consumers – and even harm small businesses? You can read more about the potential positives and negatives here.

Despite the growing acceptance of fingerprint scanning, it appears users are still reluctant to adopt other types of biometric technology. Just 3% of the survey respondents said they currently use voice, facial and iris recognition. That being said, Deloitte also predicts that 3D facial recognition will be the preferred form of biometrics in smartphones by the end of 2018.

Find out what else could be hot in the year ahead in our prediction roundups: 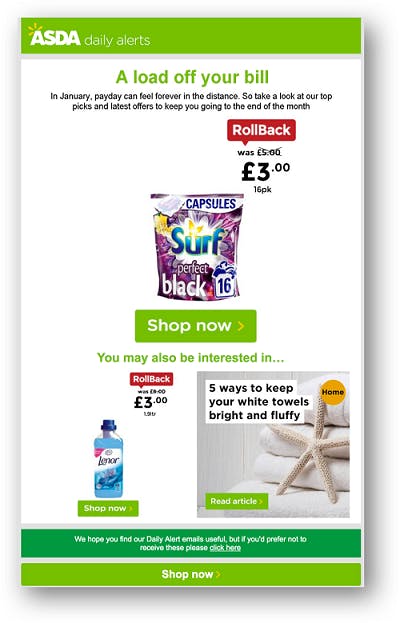 We’re rapidly reaching the end of 2017, so it’s a good time to look back on the past 12 months and discuss the most important email trends.

With help from some industry experts, here’s a quick reminder of what happened.

Since the time of David Ogilvy, our job has been to make people want things and it’s time we redirect our energies to that purpose because advertising is getting harder due to the appearance of a new middle class, the Y-generation, or millennials, in China and the rest of the world.

The 2017 Havas Meaningful Brand global report shows findings that “people wouldn’t care if 74% of the brands they use disappeared.”