It’s the final stats round-up of the year, and you bet we’re going out with a bang.

Read on for more about segmentation, shopper behaviour, and local SEO. If you’re itching for even more, head on over to the Internet Statistics Database – there’s lots to get stuck into.

46% of UK shoppers are more ‘price-sensitive’ this Christmas

A new study from SAS has revealed that UK shoppers are more ‘price-sensitive’ than they were a year ago, meaning they’re more inclined than ever to spend time researching the best deals from retailers.

In a survey of 2,000 UK shoppers, 46% were found to be more price-sensitive than last Christmas, while 12% were found to be less so. Despite this news, it appears consumers are still spending, with 23% of respondents saying they will spend slightly more on gifts than the previous year, compared to 15% who say it will be slightly less. Not only that, but 10% say they are planning to spend significantly more this time round.

Despite the importance of price, retailers cannot simply rely on this factor to draw in shoppers. 22% of customers see discounts as the primary motivator of their purchase decisions, but 11% still prefer convenience to price. Meanwhile 19% prefer free delivery, and 13% are motivated by flash sales. 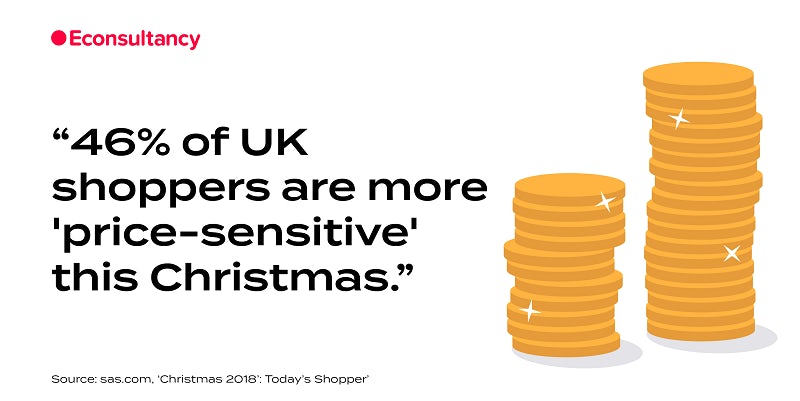 New research from PamCo suggests that the UK’s leading publications are mostly reaching people on digital devices. Data from October 2017 to September 2018 shows that The Sun is the UK’s leading title, with a monthly total brand reach of 29.5 million. Nearly 21 million of those readers access the publication via their mobile.

The Daily Mail is the second biggest publisher in terms of reach, with an audience of 28.6 million, and 17 million mobile users. Third is The Guardian, reaching a monthly total of 23.5 million people, with an impressive 19.8 million reading on mobile.

Segmentation and multi-channel marketing tactics on the rise after GDPR

According to research by TransUnion (based on a survey of 100 decision-makers), a large percentage of marketers have moved to data segmentation and multi-channel marketing tactics following the introduction of the GDPR.

66% of survey respondents said that they are now less able to personalise marketing to individuals, and have switched to segmentation instead, with 79% agreeing that being able to segment or understand their existing customer base is more important now the GDPR is in effect.

A Marketer’s Guide to the General Data Protection Regulation (GDPR)

Elsewhere, the survey found that 63% of marketers are now using widely accessible data such as firmographics, demographics or geo-demographics as their primary segmentation dimension, and 62% said they now feel confident they can segment their consumer database more effectively.

For businesses with a physical presence, a website that is optimised for location-based search is key. However, new research has revealed a huge number of organisations could be missing out on additional revenue due to a lack of understanding about how SEO is implemented.

A survey of 1,021 UK workers by MarketingSignals.com has revealed that 39% of business leaders are unsure as to whether their company website is optimised for local SEO. 37% of respondents admitted that they don’t even have a verified Google My Business (GMB) listing, while 32% said their website wasn’t fully optimised for mobile devices.

Furthermore, 27% revealed they aren’t included on any local business directory sites, with 21% saying they have never checked if their own name, address, and phone information (NAP) on their website correlates to the address which is published on other directory sites.

Socialbakers has been analysing behaviour on social media in 2018, specifically delving into Facebook Reactions worldwide.

The data revealed that users in the UK comment far more than any other country; however, brands in all countries are getting more comments than they did in 2017. Brands saw a spike in ‘Love’ reactions this year, particularly in the US where it was used the most. Netflix is the US’ most-loved brand, while online retailer Pink Boutique is the UK’s number one.

US brands get the most shares (around 10% of interactions), closely followed by the UK (which made up 8%). Finally, in the UK, reactions constitute around two-thirds of interactions on Facebook, while comments make up around one quarter. 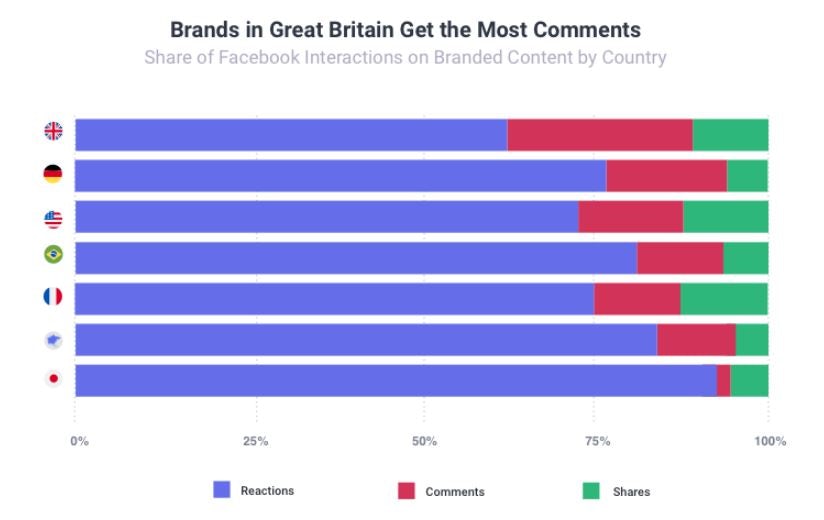 Fenty Beauty is the top brand on Twitter in December

Finally, Mobile Marketer has reported on Talkwalker data which revealed that Rihanna’s Fenty Beauty has been the top brand on Twitter during the past 30 days, generating an impressive 47,600 engagements overall.

This looks largely due to Fenty’s content around holiday gifting, with its related YouTube video generating 200,000 views and 16,000 interactions.

If you haven't seen our holiday gift guide with @TiffanyPollard AKA New York, wyd sis???https://t.co/iOYW9RM9CD 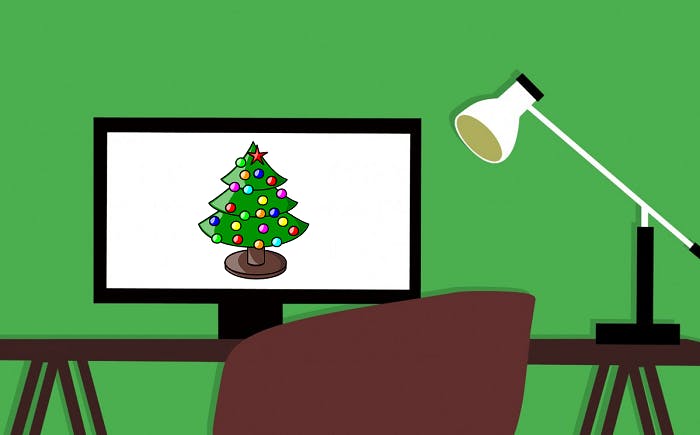 Thanksgiving, Black Friday, and Cyber Monday are behind us, and it might seem like any holiday-related campaigns that weren’t put in motion by now would be wasted effort, especially when it comes to SEO, whose results often take months to manifest. 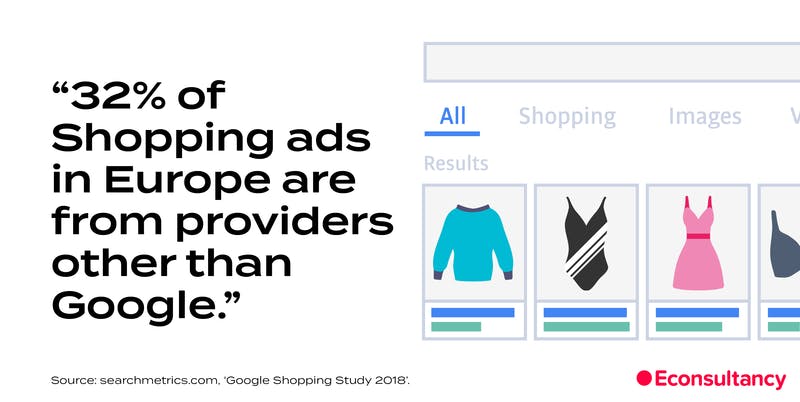 Grab yourself a mince pie and settle in for this week’s roundup of stats. 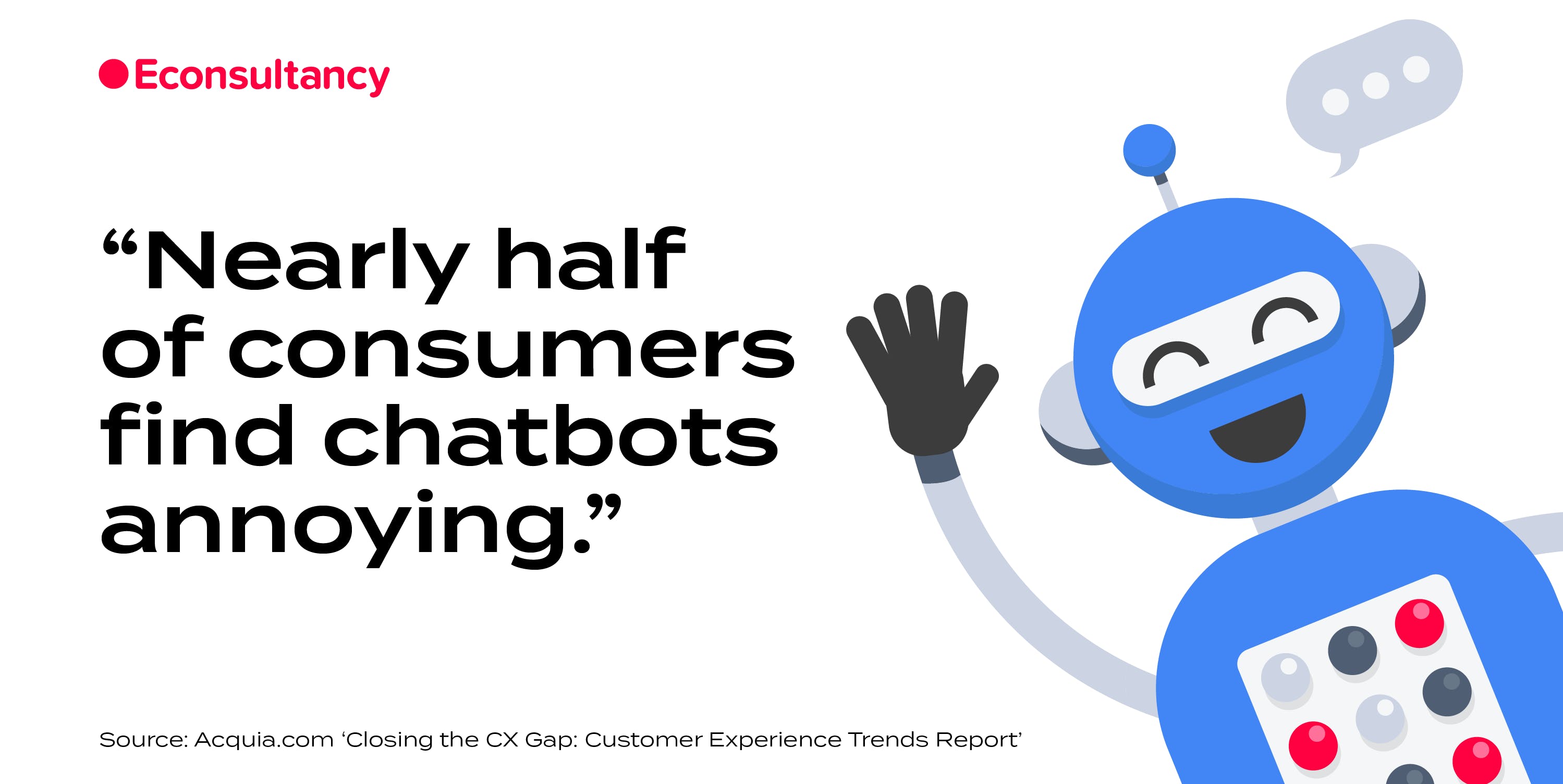 Before you head off into a weekend full of festive fun, don’t forget to squeeze in a few stats.