This week’s roundup includes news about disruptive brands, VR adoption, Facebook user behaviour, and more. Be sure to check out the Internet Statistics Database, too. It’s packed full of stats, charts, and market data.

Following on from a 2017 survey, ReportLinker has conducted new research to find out whether attitudes towards virtual reality have changed.

Interestingly, the findings show that opinion and adoption has declined. 56% of survey respondents have heard about the technology but are not able to explain it to a friend, which is a 10% increase since 2017. However, despite the increase in awareness, 62% of people have a positive attitude towards the technology, compared to 76% in October 2017 and 83% in January 2017.

Why are VR headset sales declining?

Glossier and Warby Parker among the 250 most disruptive DTC’s

The IAB has revealed the 250 most disruptive direct-to-consumer brands in the retail marketplace. These brands were chosen for ‘driving positive change in the US consumer economy’. 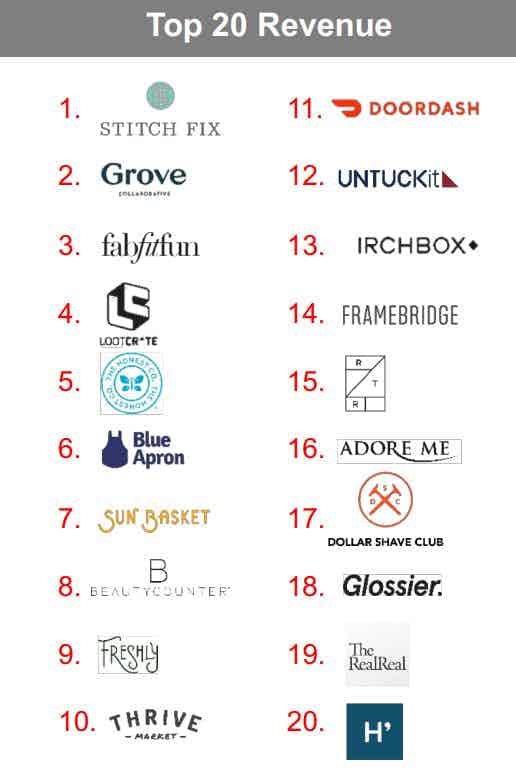 Quintly has just published its ‘Facebook 2018’ study, based on the analysis of 94,000 pages and over 105 million posts on Facebook.

Findings show that link posts have the biggest share of all post types, making up 55% of the 105 million analysed. Meanwhile, photo posts made up 29%, and videos made up 14%. 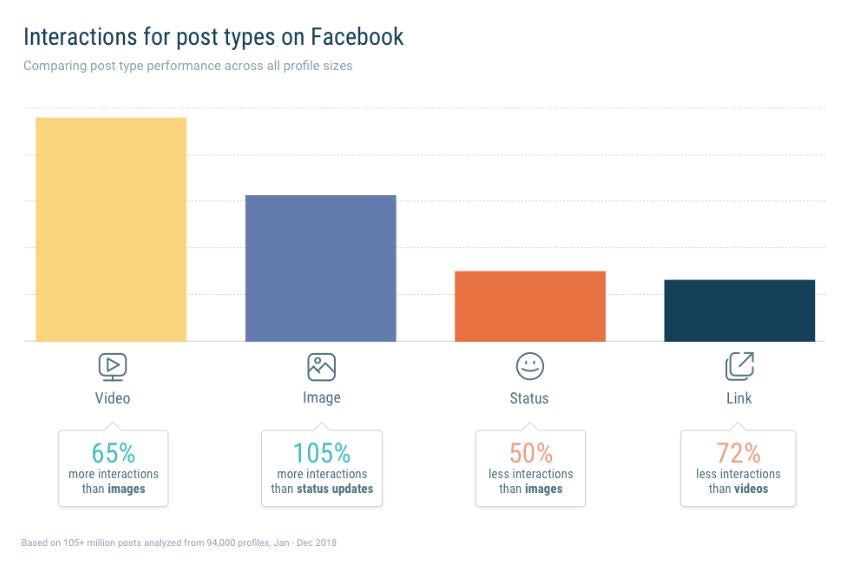 1 in 10 retailers offer finance from lenders such as Klarna

New research has revealed an increase in the number of major UK retailers offering the option to pay in international currency.

From the analysis of 250 UK retailers, Visualsoft found a 19% year-on-year increase in the number of brands accepting international currency. 81% of the biggest retailers are offering customers the option to pay in non-sterling alternatives – an increase on the 62% of retailers that offered international payments in 2017. The majority of these are Euros and USD, with 1% of retailers offering Yen.

The research also found that Amazon Pay is already being used by 10% of top retailers, while a further one in 10 of retailers analysed offer finance products from lenders such as Klarna – up from almost nothing in 2017.

The findings show that – despite the supposed popularity of influencer marketing – friends are the most trusted source of product recommendations across all the ages and demographics. Thirty three percent of the 2,000 UK survey respondents said they would trust a friend’s referral the most. This is compared to 12% who would trust online reviews, 2% who would trust a referral from a celebrity, and 3% who would trust a blogger or YouTuber.

Elsewhere, the report shows that great service and trust override discounts when it comes to activating customer advocacy. Fifty one percent of respondents cited great customer service as a reason to refer a brand, while 49% said being trustworthy, and 42% said offering good discounts. 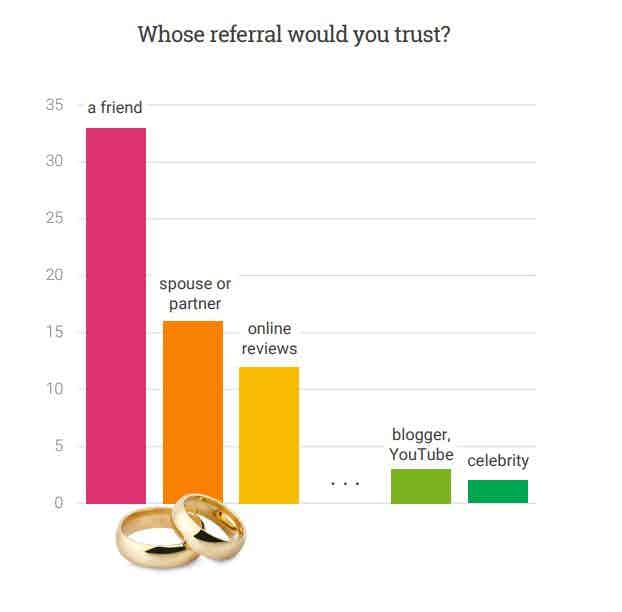 Research from Acquia suggests that there is stark difference between what customers say and how they behave.

The report suggests that the problem lies with brands’ inability to predict what loyal consumers want. 66% of consumers say brands don’t do a good job of using their personal preferences to predict their needs, which is in contrast to marketers’ claims that they’re improving personalisation.

Seventy eight percent of consumers say they are more likely to be loyal if the brand demonstrates an understanding of them as the customer, yet 64% feel that brands who should know them well don’t know them well at all. 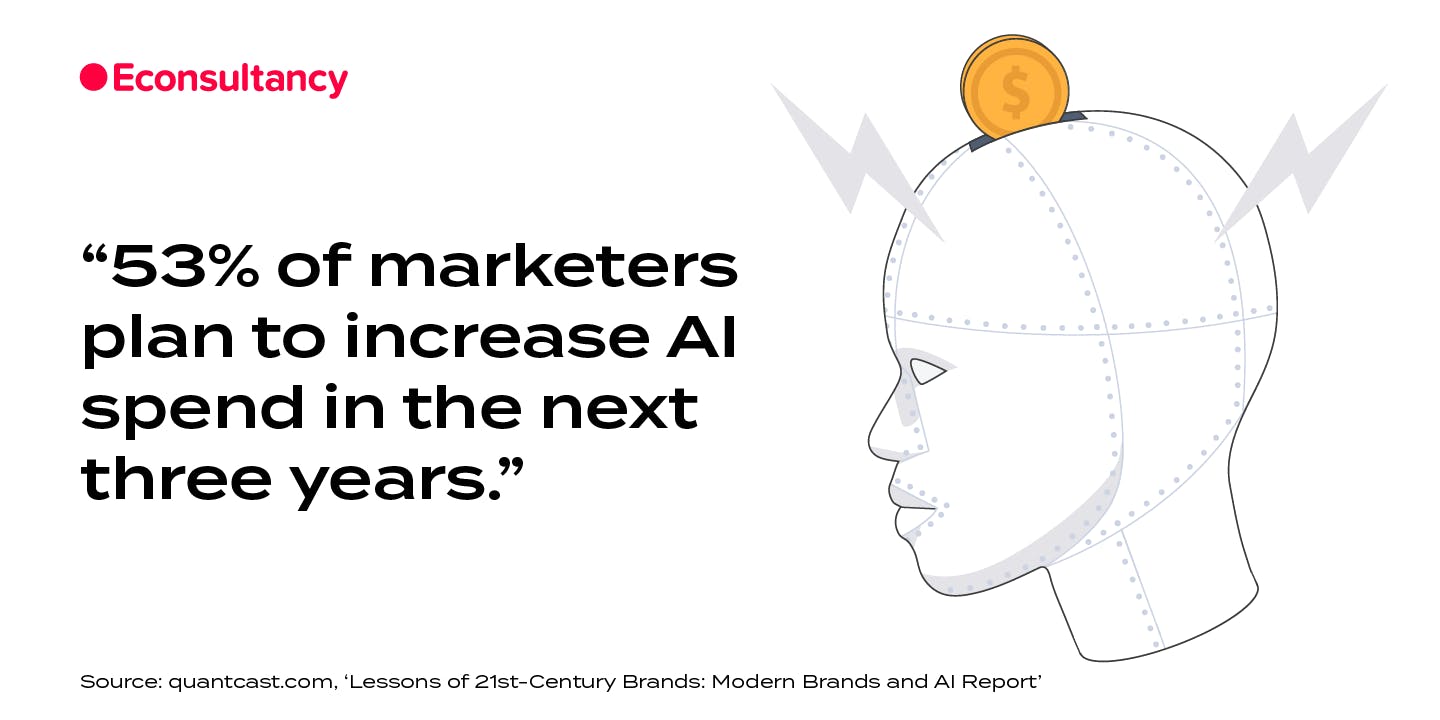 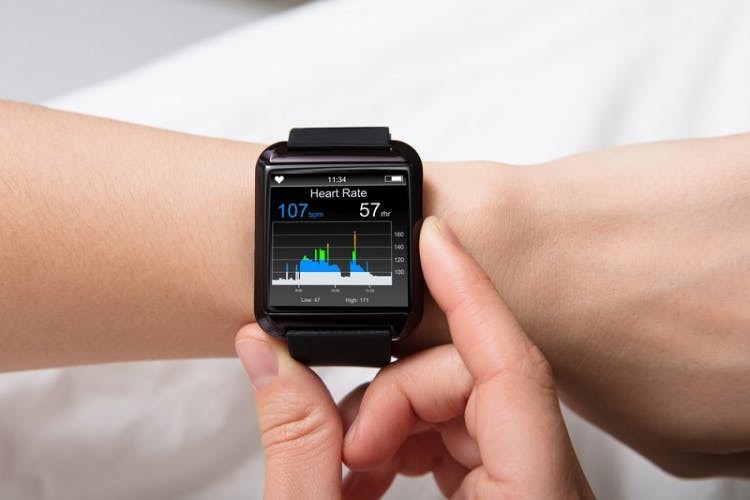 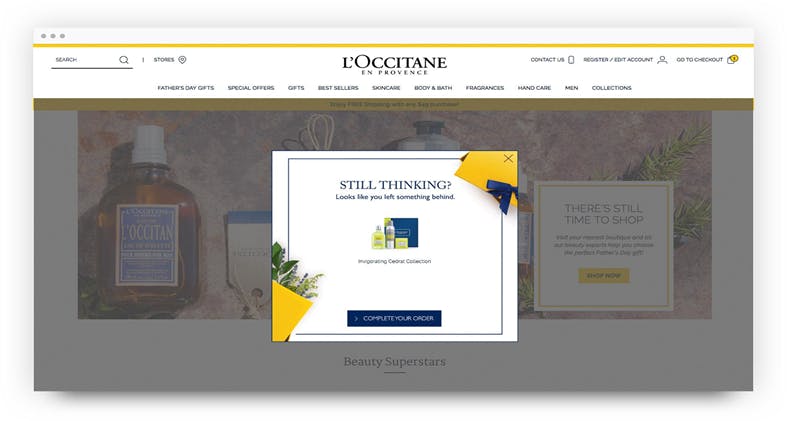 When we talk about personalisation we envisage delivering tailored, relevant communications to the right customer at the right time to provide a richer experience. In reality, many companies are still some way off from delivering on this.