If that’s not enough for you, check out the Internet Statistics Database, too, for further stats and insight.

A new study by ParcelLab has delved into the shipping and delivery processes of the top 100 online retailers in the UK (based on the analysis of orders from 100 online shops).

The study found that – out of the 100 retailers featured – just 11 communicate with their customers directly during the shipping period. The remaining 89 either leave this to the delivery carrier, or give the customer no updates at all. Only four of the 100 retailers provide customers with personalised information about the status of their order.

Elsewhere, the study also found that only seven of the UK’s 100 largest retailers offer a same-day service, and when this is offered, it comes at high price.

Among the UK retailers offering the best shipping and returns service are New Look as the ‘Overall Winner’, ASOS for ‘Best Checkout Experience’, The Fragrance Shop for ‘Best Shipping Process’, Zara as ‘Best for Delivery’, and Chain Reaction Cycles for ‘Best Returns’. 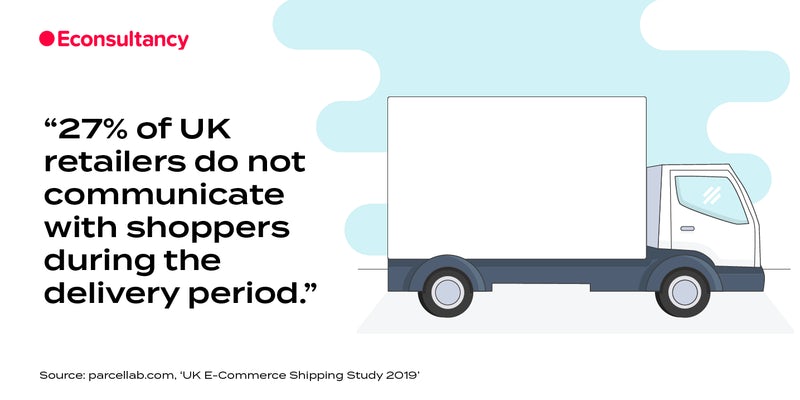 People are most active on dating apps on Mondays

New research by Ogury has uncovered a number of statistics relating to user age and gender representation on dating apps. The study was undertaken from 1st October 2018 to 31st December 2018, and looked at 12 million mobile users across the UK, US, France, Spain, and Italy.

The study found that 85% of the UK’s dating app user base is male. On Tinder, this figure is even higher, with roughly one female user for every nine male users. Tinder is UK’s most popular online dating service, followed by Plenty of Fish, Badoo, Grindr, and then Bumble. Interestingly, the gender imbalance is even noticeable amongst more “female-friendly” apps like Bumble (where female users have to send the first message), whose user base is over 80% male.

The most popular day for dating apps was found to be Monday, with more active users on the first day of the week than any other day (Sunday ranked second). 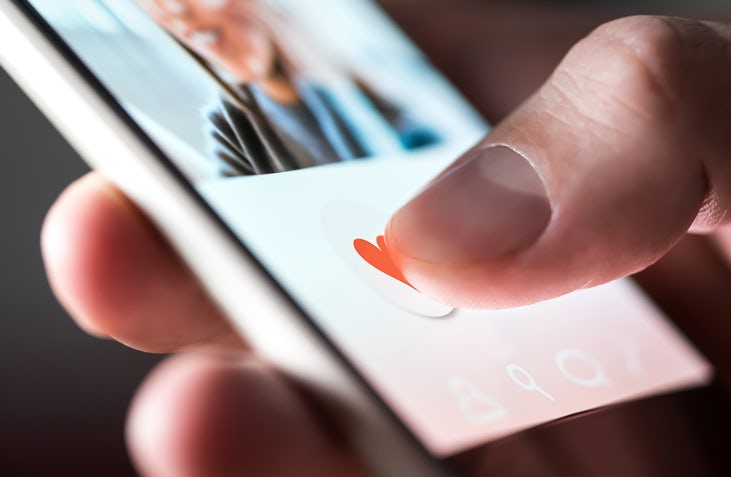 38% of small businesses in the US skip social media

A survey from Visual Objects of 529 small business owners and managers in the US has revealed that a surprising number of small businesses do not use social media as a marketing tool.

In the survey, 22% of respondents said they do not currently use social media for their business, while a further 16% said they don’t and are unlikely to in future.

The survey also found that images are the most popular social media content for small businesses (despite most experts recommending video instead). 29% of those surveyed use social media to share images or infographics, compared to just 16% who use video. 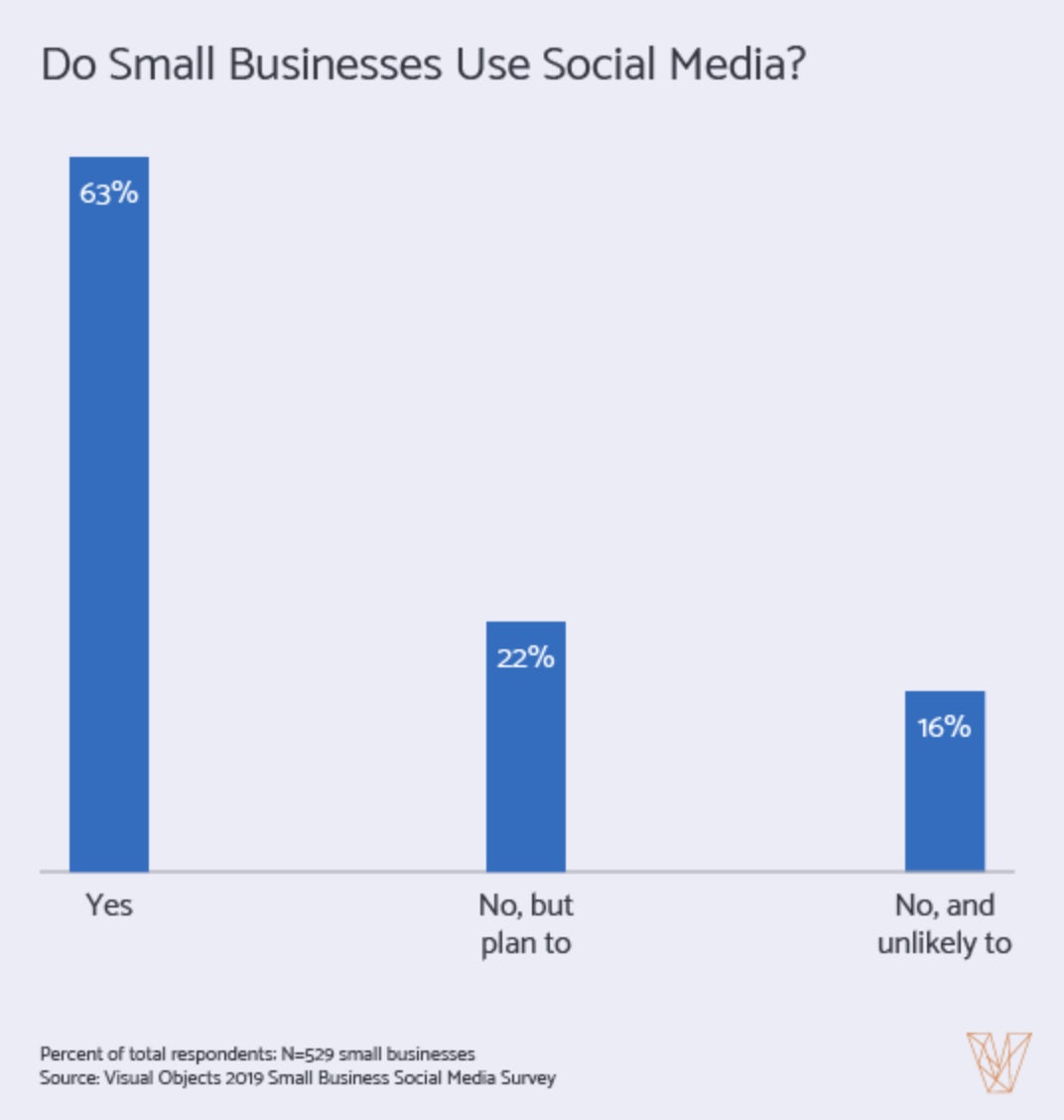 VIOOH’s ‘State of the Nation’ report shines a light on the state of digital out of home (DOOH) advertising, as well as offering expert predictions for the year ahead. It is based on in-depth interviews with senior executives working across the outdoor and programmatic industries.

VIOOH predicts that, in the UK, programmatic DOOH ad spend will reach £200m this year. But with £4.52bn expected to be spent via all programmatic channels, the potential for DOOH is huge. 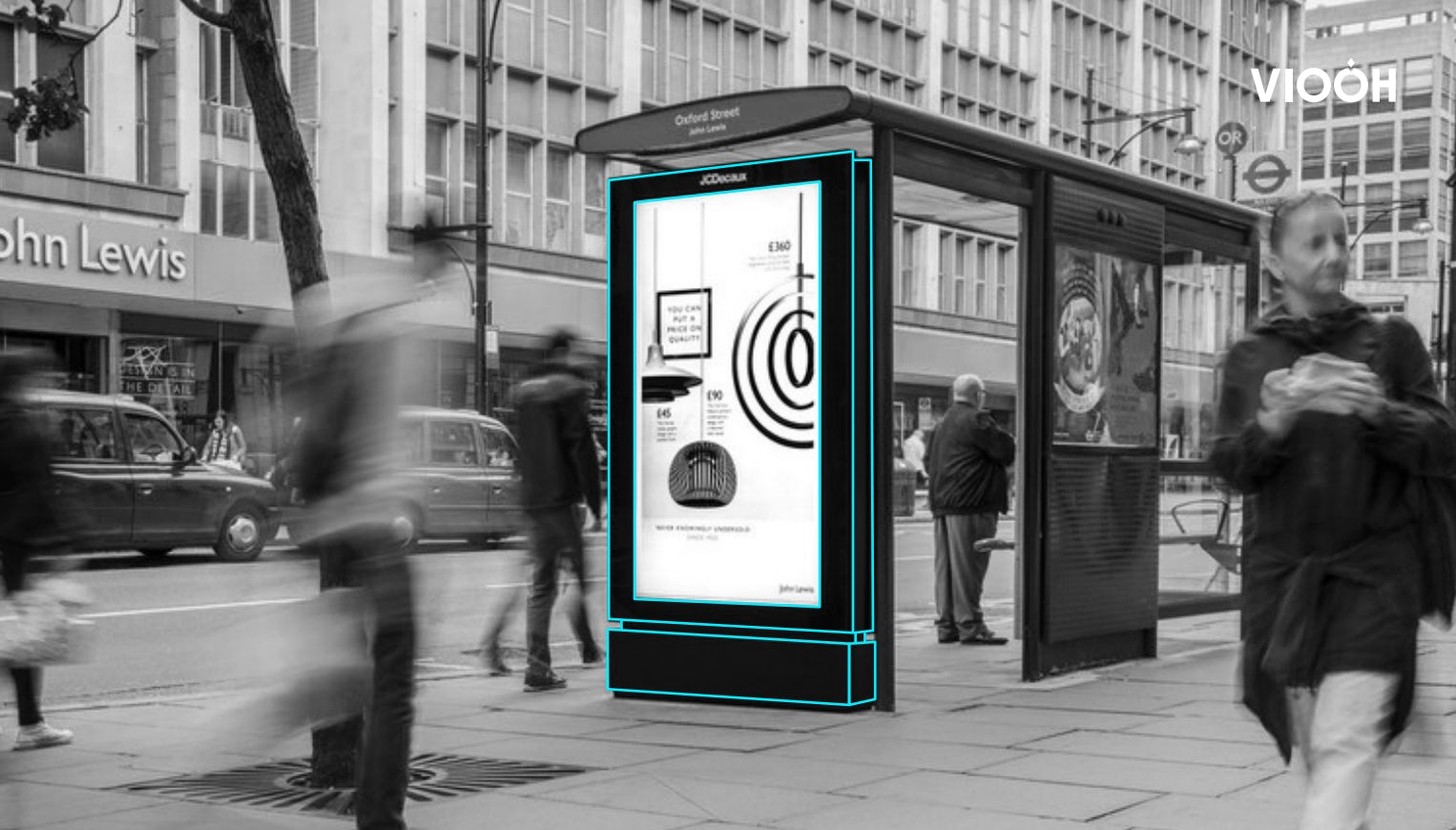 New global research from Nosto has found that 34% of traffic, 28% of orders, and 26% of the total order value for large online fashion retailers comes directly from search and social sites, including Google and Facebook.

The study involved the analysis of 1.19 billion visits to ecommerce sites globally during the busiest three months of the retail calendar (Dec 2018 to Jan 2019). 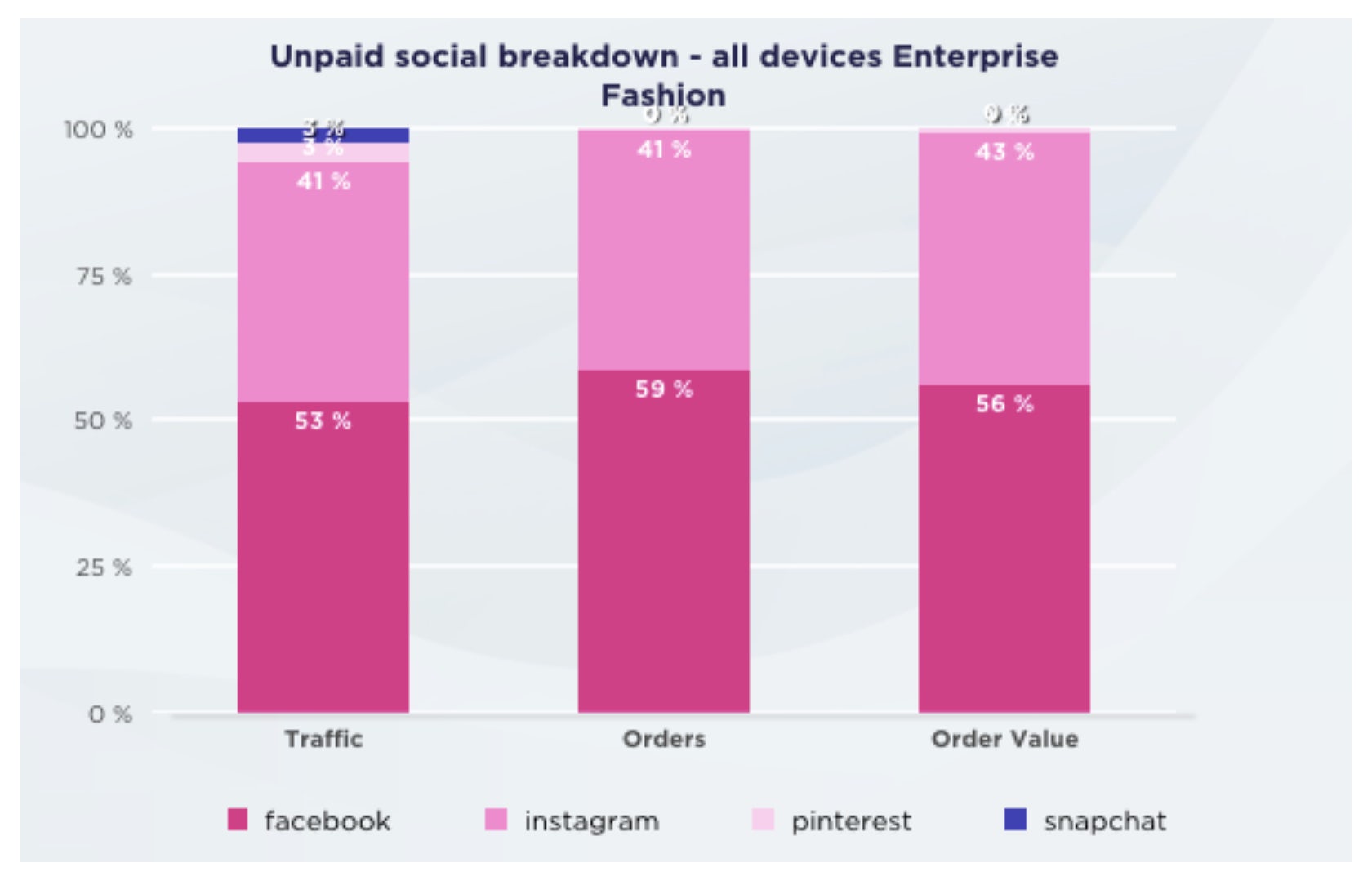 A new report by Dentsu Aegis Network – based on a survey of more than 43,000 consumers across 24 countries – suggests that concerns about the misuse of personal data are undermining trust in the tech industry.

In the survey, 64% of respondents cited misuse of data as the number one driver of distrust, followed by 26% of people that said automation and not creating enough jobs. 26% of respondents said pursuing innovation for its own sake.

Beyond the misuse of personal data, 36% of people in the UK cite tech companies not paying enough tax, and 28% cite creating excessive wealth as drivers of distrust.

The change of technological pace also seems to be unsettling people. In India, China, and Brazil, more than 80% of people believe that the pace of technology change is too fast today. Across the 24 countries in the study, 57% of people also believe this to be the case. 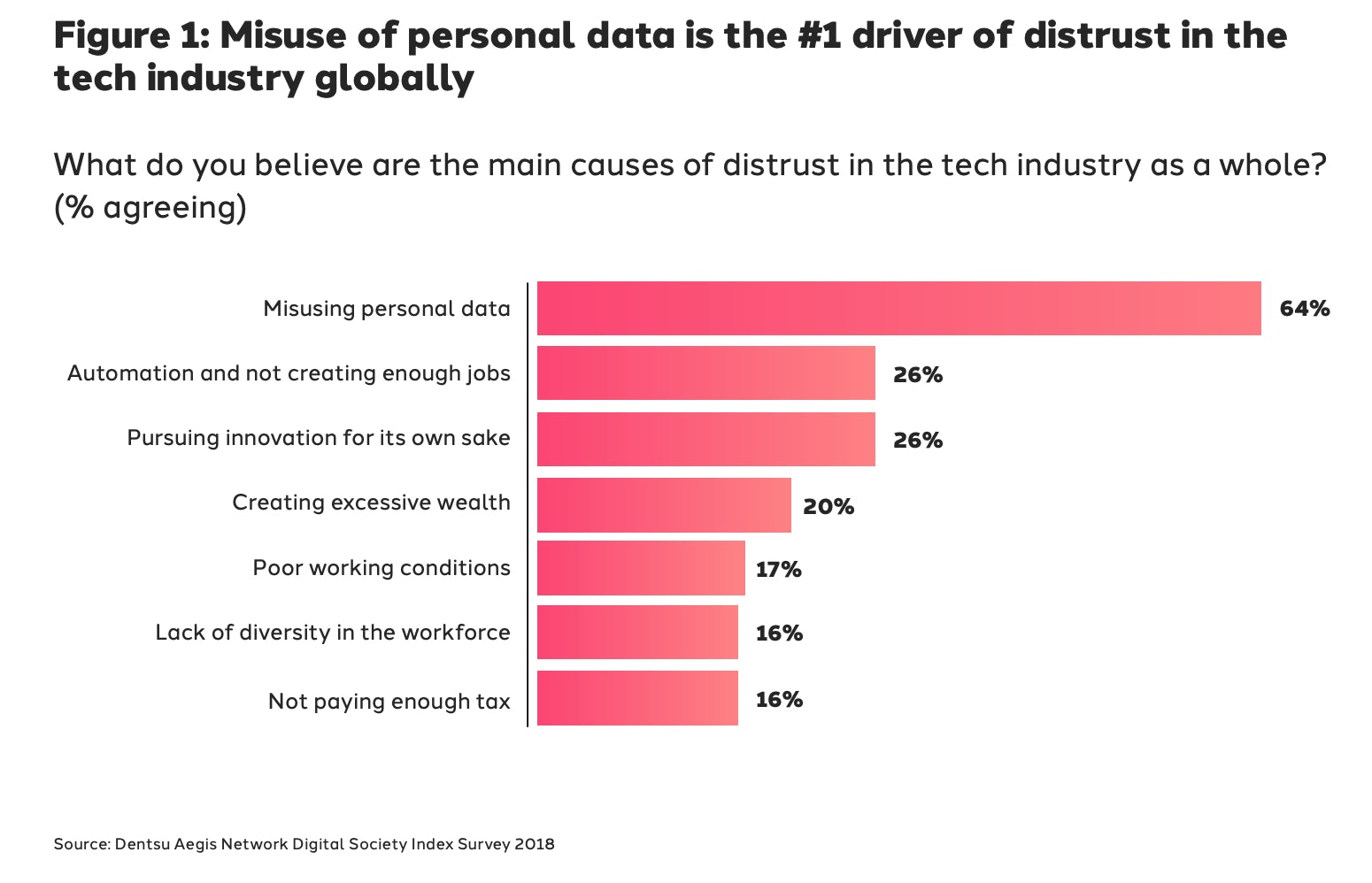 The holy fasting month of Ramadan is rapidly approaching and, as always, brands are looking for ways to take part. Here are a few ways global brands participated in Malaysia in 2018 – and some tips for marketers who are aiming to take part in 2019. 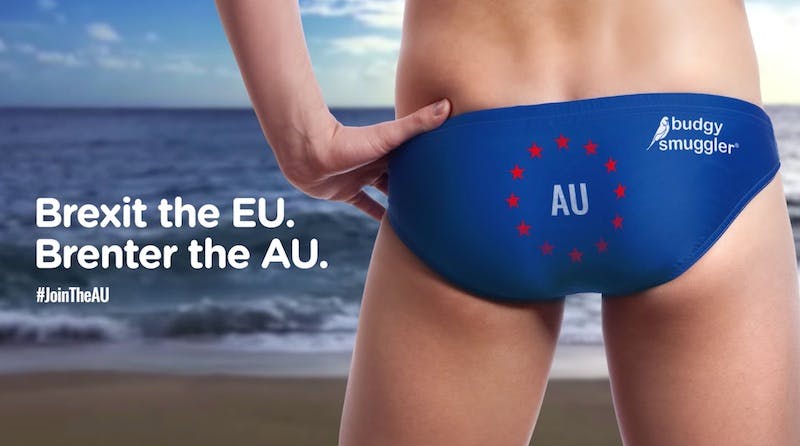 Brexit. I think we can all agree that the subject has been the biggest topic of national debate in the UK over the past two years, with no sign of letting up any time soon.