It’s a fascinating roundup of digital marketing stats this week, featuring just how much extra money data literate companies make, and how many paid brand collaborations are disclosed by influencers on social media.

For more stats on similarly thorny issues, head to the revamped Internet Statistics Database, where subscribers can sift, filter, sort and download.

Yep, there are likely some product managers nodding their heads. Though 45% of the time top execs are ‘extremely involved’ in launches, they do not have an observable difference on the success of the launch.

This is from a Qualtrics survey of 250 product management, marketing and research decision makers in the US and found that nearly half (45%) are launching products at least every other month.

Data literacy has a proven correlation with corporate performance

A major academic study commissioned by Qlik®, on behalf of the newly launched Data Literacy Project has found a correlation between data literacy (the ability of a company workforce to read, analyse, utilise for decisions and communicate data throughout the organisation) and corporate performance.

One of the most interesting findings is that data literacy differs more between industries than it does between regions. The table below shows industries such as hospitality, food and drink, and finance and insurance exhibit relatively high data literacy scores, whereas retail and real estate do not. 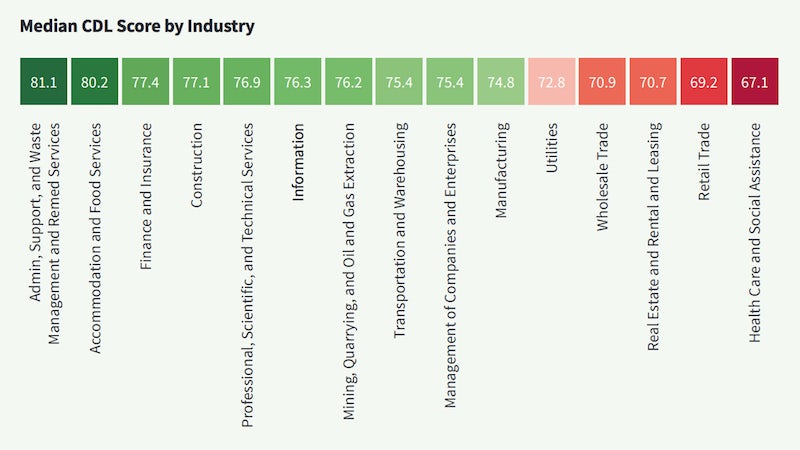 Eptica research also finds this equates to 463.5 million monthly contacts, which costs brands an estimated £1.227 billion per month to answer. 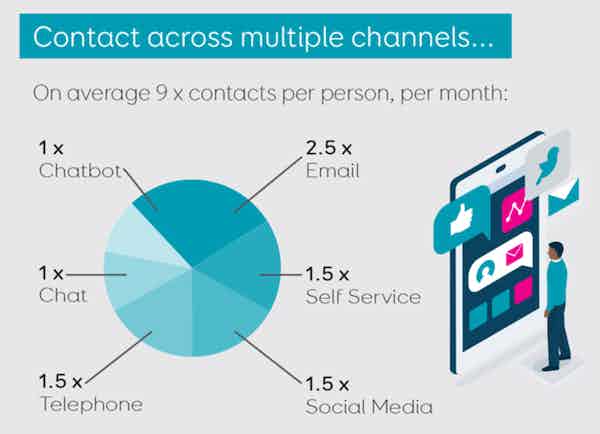 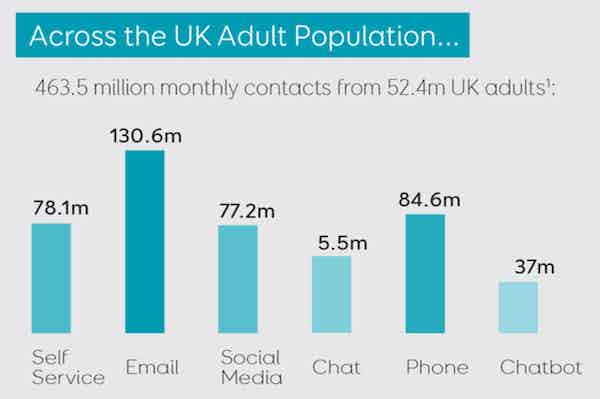 The findings also show a willingness by consumers to use AI and automation to get an answer to their query (54% are happy to use voice assistants, and 64% AI-powered chatbots ).

More broadly, 83% of consumers said they were happy to use web self-service systems.

This shocking (or not) finding comes from a survey by influencer marketing agency, CollectivEdge. Forty per cent of influencers who didn’t disclose paid tie-ups admit they were confused about the rules and regulations.

Nearly a third of the 1400 influencers surveyed admitted that brands were asking them not to disclose paid content.

One influencer in the survey said “brands clearly don’t understand the rules and are constantly asking for non-disclosure.”

This comes from research by IGD and Bazaarvoice (which I don’t have a link to yet, but which will be shared at IGD’s Digital Commerce event on October 17th) and estimates that the value of the online channel will grow by over 50% in the next five years.

Furniture & electronics: nearly two thirds of consumers want to buy them in store

Sixty three percent, to be precise, according to a survey of 1,409 consumers by Avionos. A challenge for pureplays such as Wayfair and Amazon.

The study also finds that social media is an active commerce channel, with 55% consumers making a purchase through social. However, fully 60% of those surveyed have never purchased a product promoted by a celebrity or social influencer.

I couldn’t resist including another stat from our excellent Top 100 Digital Agencies report.

Agencies were asked to select the top five sectors in which they service clients, with the results shown on the chart below.

Retail and financial services were a top five specialism for two thirds of these agencies. At the other end of the scale, only 5% of the Top 100 said they serviced the gaming sector, and only 7% real estate (as part of their top five industries). 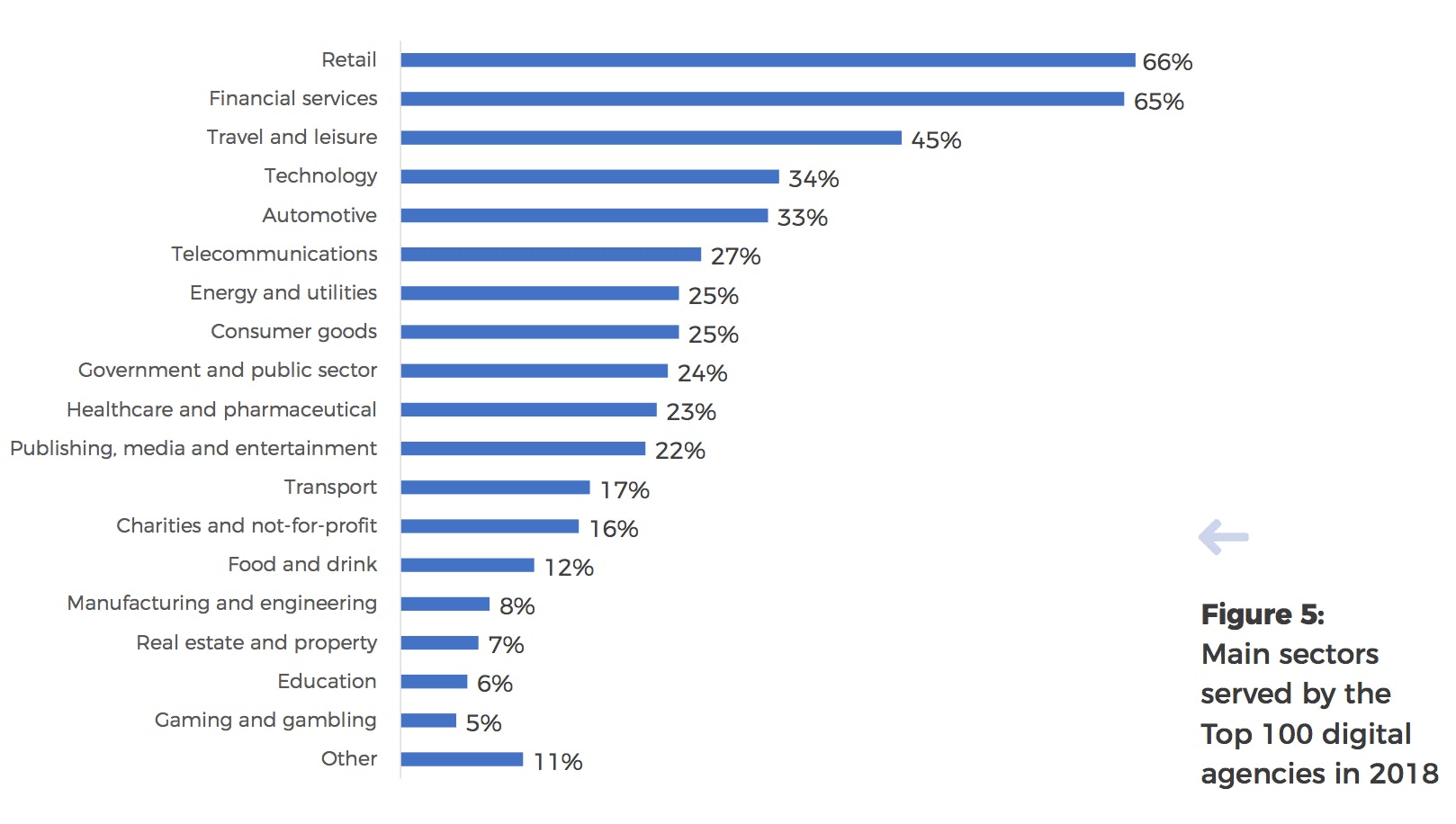 That’s your lot. Remember to mosey over to the Internet Statistics Database.

Shopify is the world’s leading ecommerce platform, with almost $50bn of gross merchandise sold through the 600k stores on its platform last year.