Snap Inc, the parent company of Snapchat, has announced positive results for Q2 2019. In its earnings call, Snap said that it had boosted its user base by 8% to reach 203 million in Q2 this year, which beats its previous estimate of 192 million. 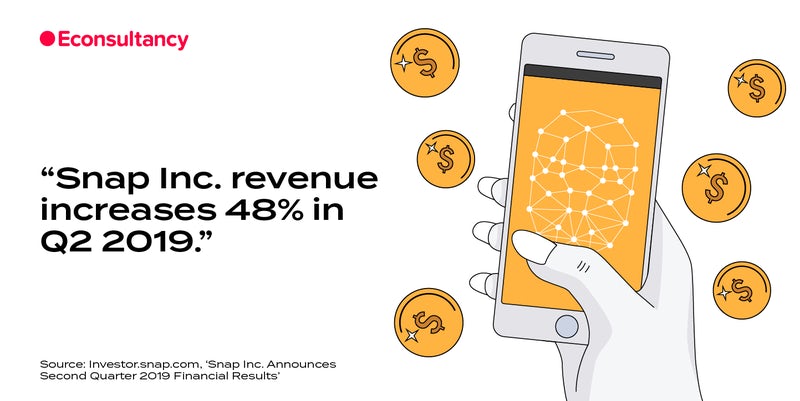 Next is the most searched-for UK fashion brand

A new report by Pi Datametrics has revealed the most-searched for fashion brands in the UK, based on the analysis of 972 online retailers and their brand searches over the last three and half years.

It states that Next’s brand name was searched for 82 million times between May 2018 to April 2019, making it the most searched brand in the UK. Meanwhile, PrettyLittleThing and Boohoo – both part of Boohoo PLC – had a combined search volume of 53m, bumping them up to position number three.

The brand that has taken the biggest hit in the past year is New Look, dropping by 33% in search volume. However, it still sits comfortably at position number five out 972 brands. Finally, ‘Oh Polly’ demonstrates just how much a brand can succeed from a strong online strategy in a short amount of time: its search volume has increased 1007% since the brand was founded in 2005. 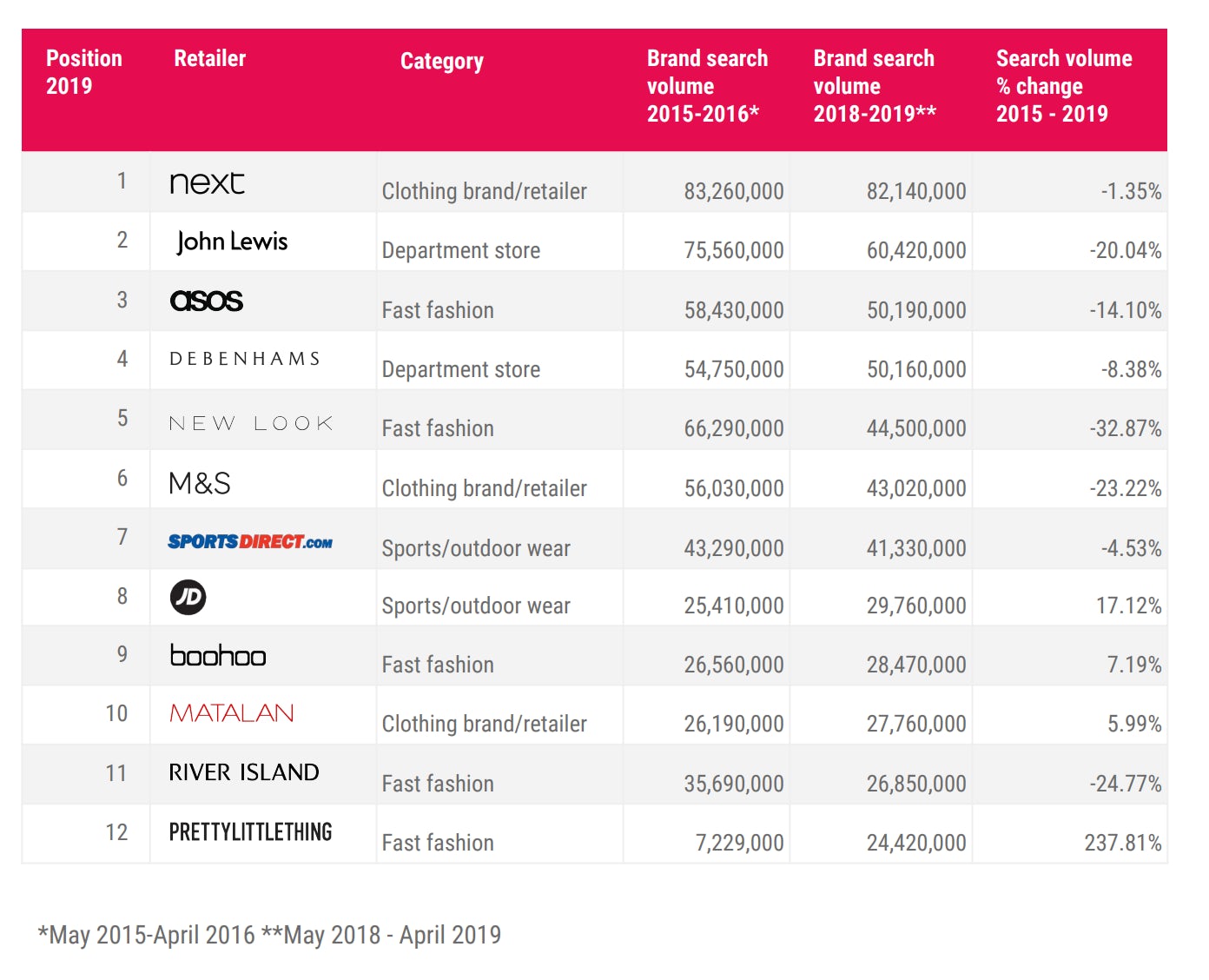 MediaRadar has released results of its study comparing year-over-year native advertising statistics from Q1 of 2018 to Q1 of 2019. 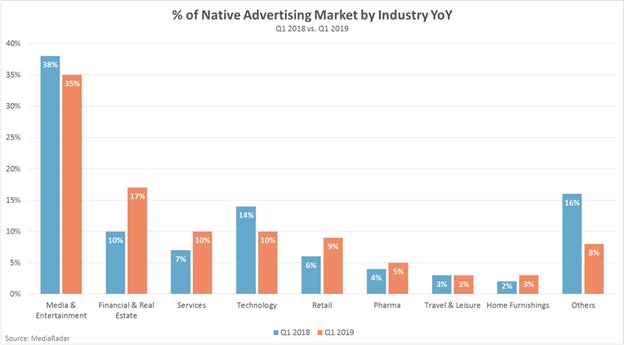 46% of marketers ‘struggle to deliver on consumer expectations’

A new report by Isobar has revealed that marketers are struggling to keep up with the demands of consumers.

Meanwhile, marketers are seemingly playing a bigger role in business transformation, with 80% due to expand their responsibilities to include ‘product and services’.

The report also suggests that marketers are increasingly dissatisfied with their creative output. While 62% of CMOs say that ‘creative ideas’ are an agency’s most valuable asset, 46% of marketers say that they are average, below average, or weak at delivering ‘creativity and big ideas’ that build the brand and create an emotional connection. 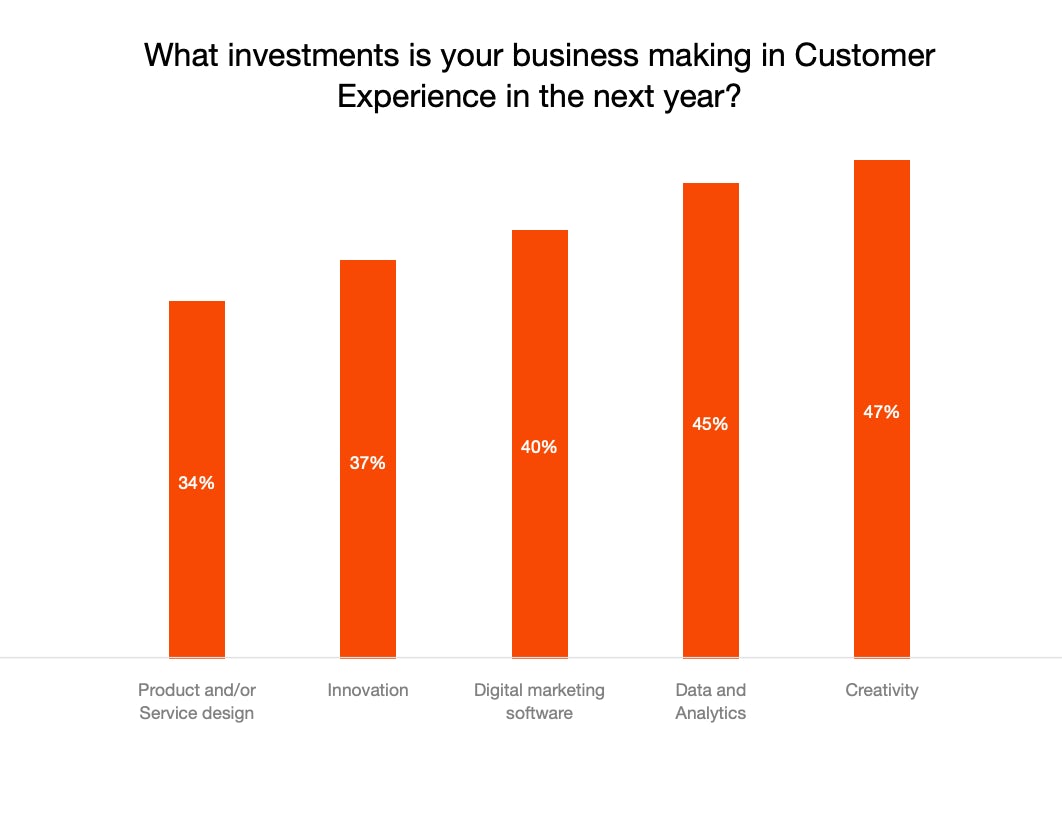 2019 predicted to be “landmark year” for UK cinema advertising revenue

There has been a 12% increase year-on-year in UK cinema ad spend during the first half of 2019, according to Digital Cinema Media (DCM).

Cinema audiences in 2018 hit their highest level in 50 years, while 2019 has already attracted cinema-goers in huge numbers. The biggest film of the year so far, Avengers: Endgame, has achieved a huge £88.6m at the UK Box Office to date.

As a result of this, DCM has predicted that the second half of 2019 could be record-breaking in terms of spend, describing it as a “landmark year” for advertising revenue.

Consideration of Netflix on the rise, despite share price fall

Netflix’s share price took a 10% hit earlier this month, after paid-subscription growth failed to meet investor expectations. However, YouGov has found that consumer confidence in the service remains high.

YouGov also found that Netflix’s brand health metrics are increasing. Value scores (relating to whether consumers think the brand represents good or poor value for money) and satisfaction scores (whether someone is a satisfied or dissatisfied customer) have remained steady in recent months among current customers. With rising prices being the number one reason people consider cancelling their paid-TV subscription – these metrics are particularly important.

Finally, consideration scores (whether someone would consider purchasing from the brand in future) have increased from +46.9 to +50.2 in the last month, suggesting that although paid subscription rates have fallen, customers are still considering the brand. 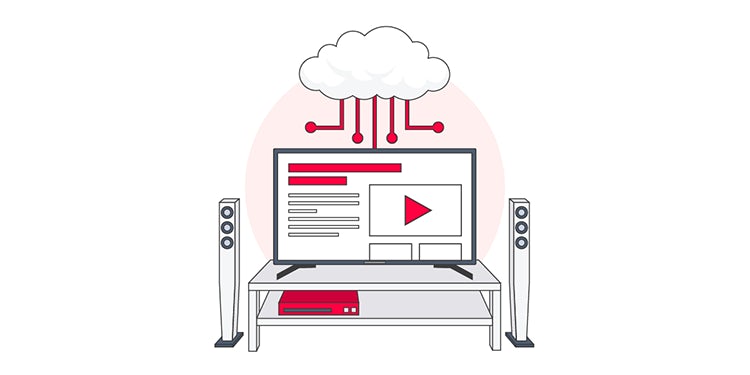 In retail, consumers have come to expect a swift and seamless experience online from beginning to end (and beyond the point of purchase). This is what’s known as ‘the Amazon effect’. Car manufacturers (sometimes called original equipment manufacturers or OEMs) and dealerships have struggled to adapt to the complex demands of digitally-savvy consumers. The experience […] 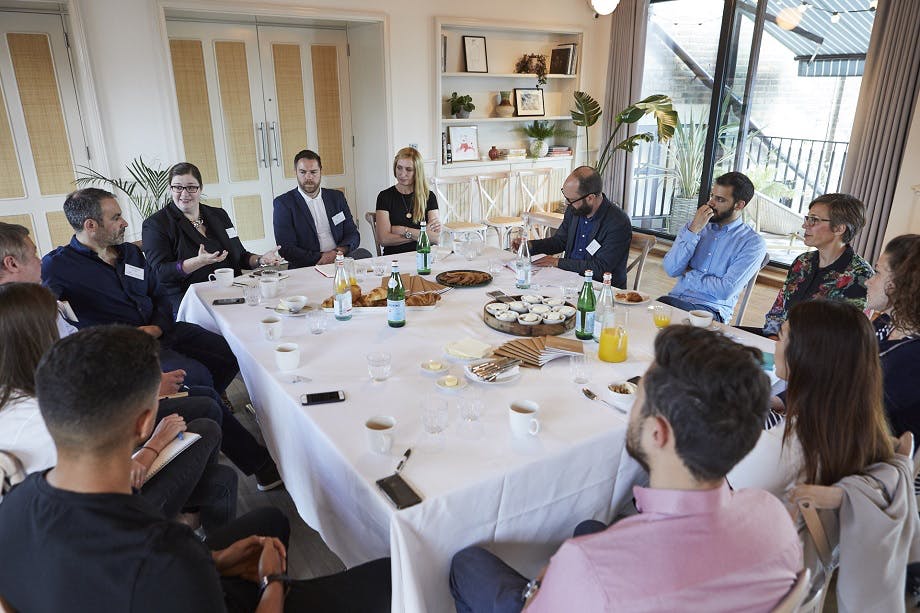 At a roundtable hosted by Marketing Week and Econsultancy in partnership with Facebook, marketers debated the cost of hindering consumers on the way to making a purchase, and how brands can keep them coming back with smooth, hassle-free experiences.