This week’s digital roundup includes news about influencer fraud, ecommerce spend, social media satisfaction, and more. If that’s not enough, head on over to the Internet Statistics Database.

New research from Cheq and the University of Baltimore has revealed that influencer fraud – which often involves purchasing fake followers or creating fake personas – is expected to cost businesses more than $1 billion this year.

In a survey of 800 marketing agencies, brands, and other sector professionals – almost two thirds reported experiencing influencer fraud. From this and other research (along with industry insiders’ insights), Cheq estimates a 15% composite rate of total ad spend lost to influencer fraud. 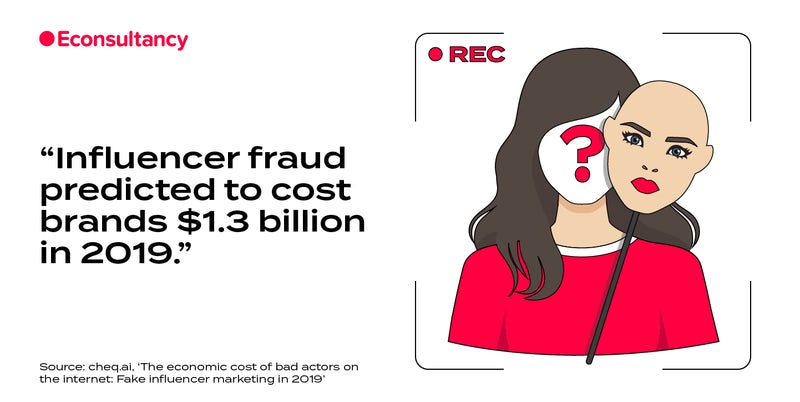 Correlation found between GDPR and online visits and revenue

A new academic study suggests that GDPR has had an effect on the recorded page views, site visits, and revenue of online firms.

The research is based on the analysis of 1,500 online companies that use the Adobe Analytics platform, including 128 sites that are visited one billion times a week by EU consumers.

Overall, it found that recorded page views and site visits have fallen by 9.7% and 9.9% respectively since the introduction of the GDPR. The report also estimates that revenue at European ecommerce sites declined by 8.3%, which is equal to an average lost income of $8,000 a week.

The study suggests that this could be due to a decline in the quantity and quality of advertising post-GDPR, as well as pop-ups (asking consumers for data permission) affecting how people browse online.

Marin’s Q2 2019 Digital Advertising Benchmark Report has highlighted the continued growth of ecommerce advertising, as it reveals there has been a 40% increase in ad spend in Q2.

Elsewhere, the report states that paid search click volume increased 13% year-over-year, with Healthcare rising 30%, Technology by 25%, and Retail up 24%.

Marin also found that search CPCs are falling across all industries, with Retail now at £0.31 and Travel with £0.36. Notably, Healthcare dropped most sharply, seeing the lowest CPCs in five quarters at £0.88. 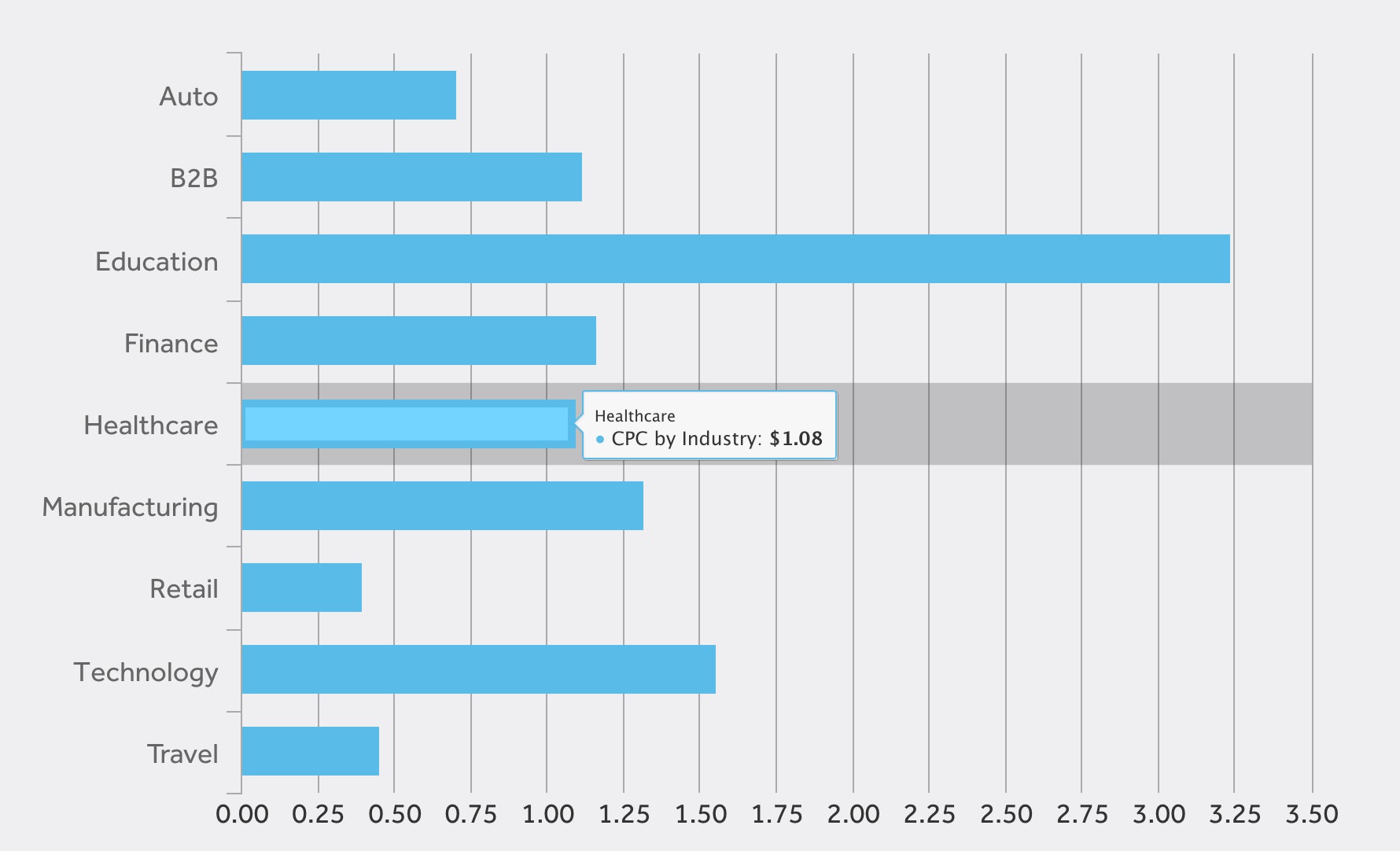 According to the ACSI (American Customer Satisfaction Index), social media is one of the lowest-performing categories in terms of customer satisfaction, coming in the bottom six among the 46 industries that ACSI tracks.

Mobile Marketer reports that Pinterest is the highest ranked among social media sites for satisfaction for the second year running, scoring 80 in a scale of one to 100. The site ranked highly for showing ads that users consider most acceptable, and its mobile app quality. In contrast, Facebook is the lowest ranked for customer satisfaction, scoring poorly for its privacy rating, how much advertising it displays, the ease of uploading photos, and content relevance.

Elsewhere, YouTube improved its customer satisfaction score by 4% to reach 78, Wikipedia saw a 4% decline to 74, and Instagram remained steady at 72. 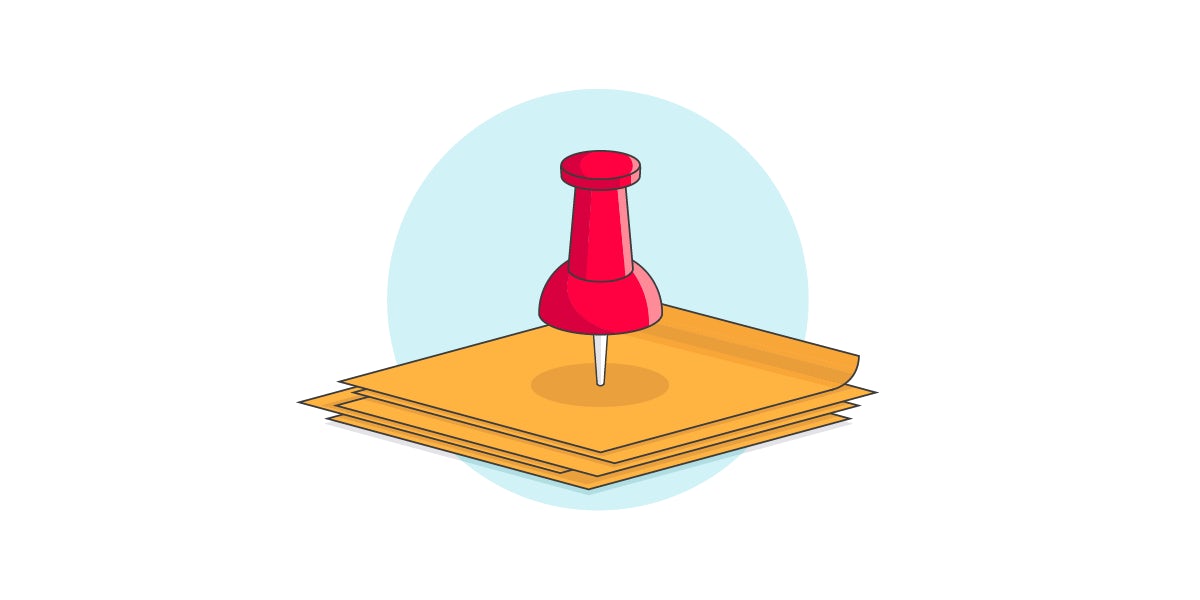 Uber has reduced its marketing team by one third, cutting approximately 400 jobs, according to an article by The New York Times.

There are said to be 25,000 people employed by Uber globally – out of which nearly half are based in the US. Before the lay-offs, the marketing team was made up of more than 1,200 people.

This news comes as the company attempts to to reduce costs and streamline operations after going public in May. Last quarter, Uber reported a loss of more than $1 billion. So far, other cost-cutting efforts have included reduced fares and fewer bonus payments to drivers. 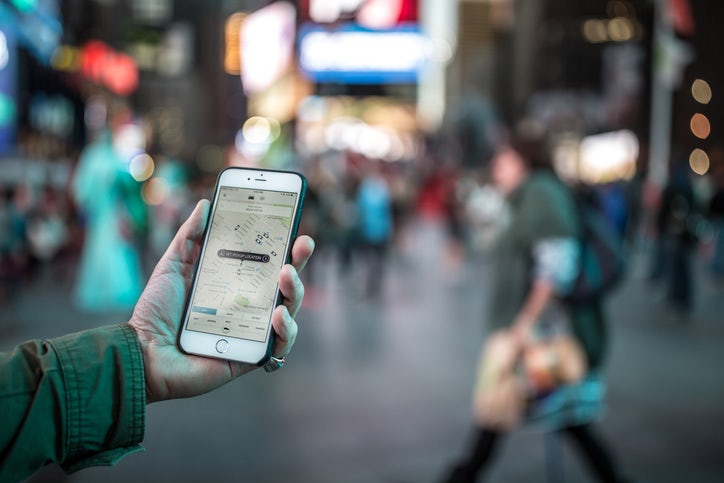 App install fraud has risen again, according to AppsFlyer’s ‘2019 State of Mobile Fraud’ research. The report, which is based on the analysis of 2.5 billion non-organic app installs across 9,500 apps between January and June 2019, suggests that attacks are becoming increasingly sophisticated.

AppsFlyer found that, in the first half of 2019, marketers lost over $2.3 billion of ad spend to fraud. There was also a 10x rise in fraudulent in-app purchase events between Q1 and Q2 2019, with more than one in four apps exceeding a rate of 20%.

In terms of sector, travel, retail and finance apps are among the hardest hit. The latter category is the most exposed to fraud due to the high pay-out it offers and its position as the third largest app category.

Finally, the report states that fraud on Android is more than six times higher than on Apple iOS. Furthermore, 80% of fraudulent installs on Android are the result of bots. On iOS, 85% of bad installs are due to click flooding, where networks send large numbers of fraudulent click reports in the hopes of delivering the last-click prior to installs. 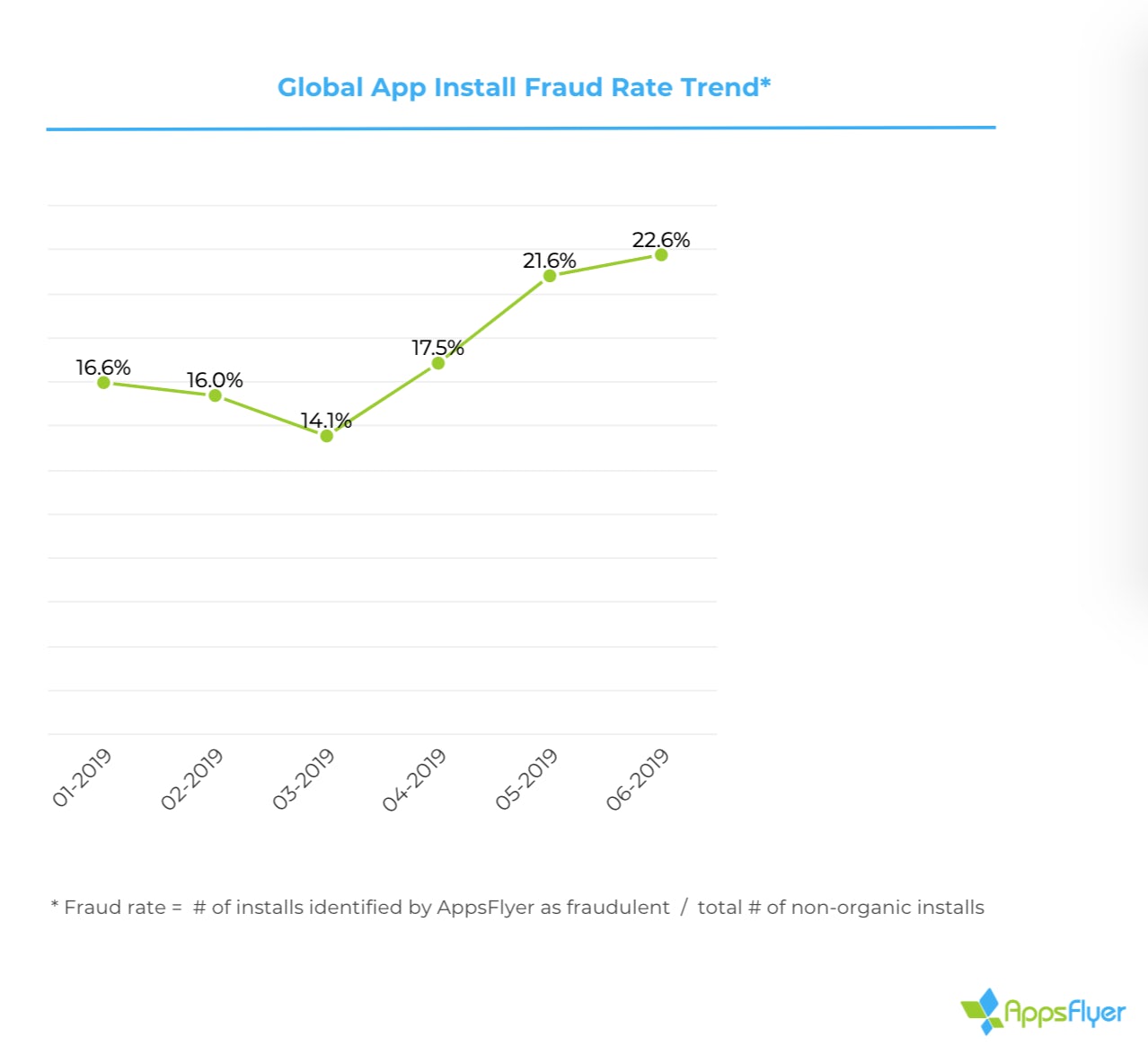 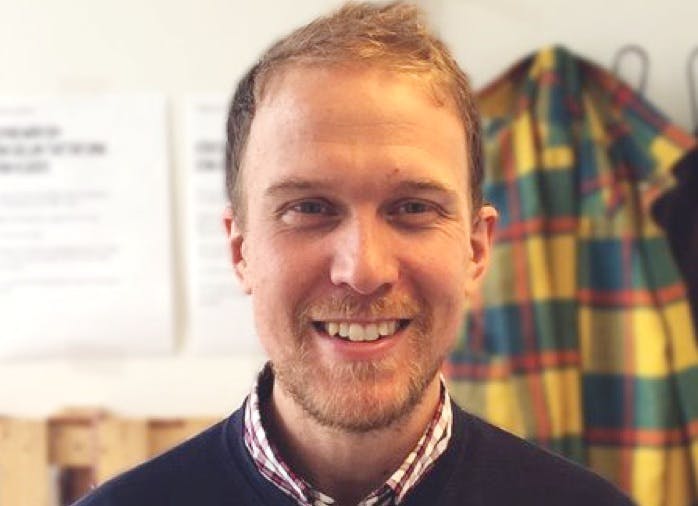 As Björn Karlström, Product Manager at Bannerflow, points out in this interview, display advertising hasn’t always been know for its creativity. Yet why shouldn’t creative efforts match targeting know-how? Who better to hear from about how adtech can help than a product manager at a creative management platform. Here’s Karlström to tell us more about […] 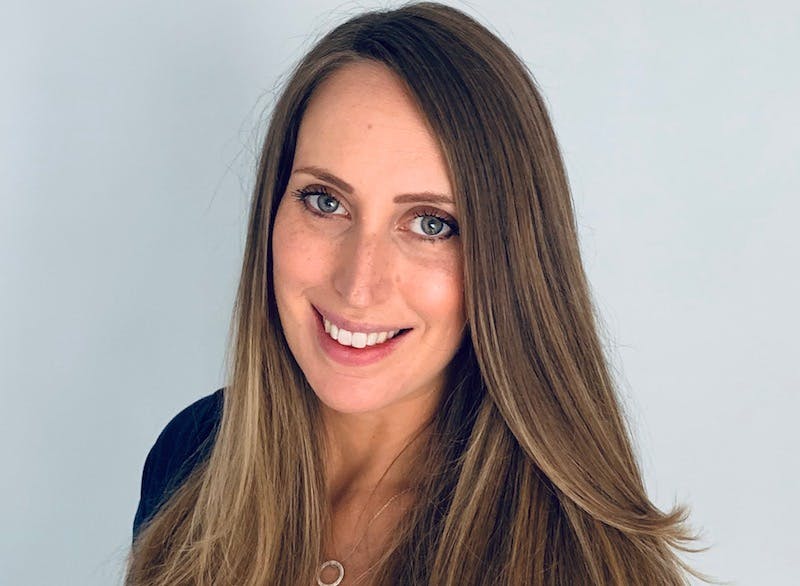 Today’s interviewee works at boutique mother and baby brand Jojo Maman Bébé. Emily Palgrave-Davies is Performance Marketing Manager, driving traffic to all that cute clothing. She gives us some great insight into working with biddable media on the client side… Hi Emily. Please describe your job: What do you do? Emily Palgrave-Davies: I head up […] 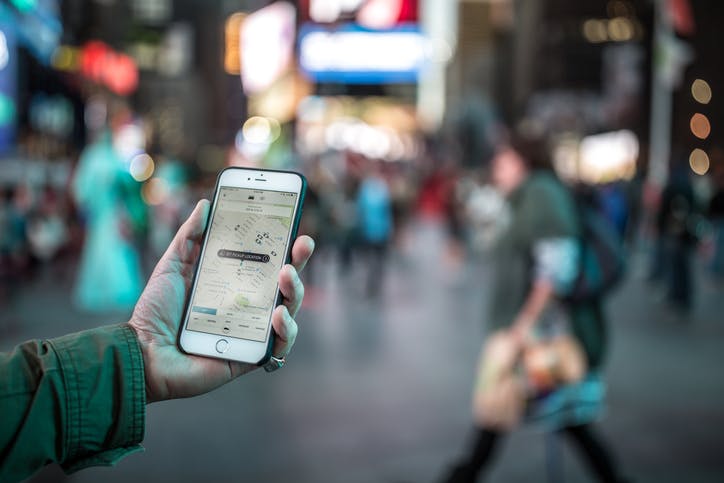 The application of sophisticated behavioural insights, derived from location-based data, has the potential to unlock significant value for advertisers. This is particularly true for out-of-home where data driven planning and dynamic activation can deliver material performance improvements.