As we head on into March, we’re back with the best digital marketing stats of the week.

In this edition we’ll be looking at data on DOOH, fake reviews, mobile payments and lots more.

Before we get going, make sure to take a look at our Internet Statistics Database for additional marketing insights.

A collaborative report from JCDecaux, Clear Channel and Posterscope was released this week, in which it was claimed contextual relevancy in DOOH campaigns has the ability to improve audience response by an average of 17%. The in-depth study was formed of three parts, analysing initial brain response, the ability to recall an ad to mind, and any resulting purchase behaviours.

The first-stage data found that displaying an ad at a relevant time of day or day of the week caused an average 12% increase in brain response from consumers. Meanwhile, location-based ads (such as those relating to the current weather) saw an average 18% increase. Brands that combined both of these contexts together in one ad saw the biggest and most effective uplift of 32%.

When considering viewers’ recall abilities, the study revealed a 17% average improvement in spontaneous ad awareness and a longer overall amount of time spent observing an ad (+6%).

Consequently, the use of such dynamic DOOH ads resulted in a 16% growth in sales compared to a control study featuring no OOH. By comparison, a modest 9% sales growth occurred when consumers were exposed to a traditional non-dynamic creative campaign vs. no OOH.

Glen Wilson, MD at Posterscope commented on the findings:

“We’ve always believed in the power of dynamic and seen amazing results from those clients that have embraced it.  This research proves beyond doubt that dynamic campaigns work, delivering on effectiveness and engagement, but perhaps most importantly, generating an uplift in sales.” 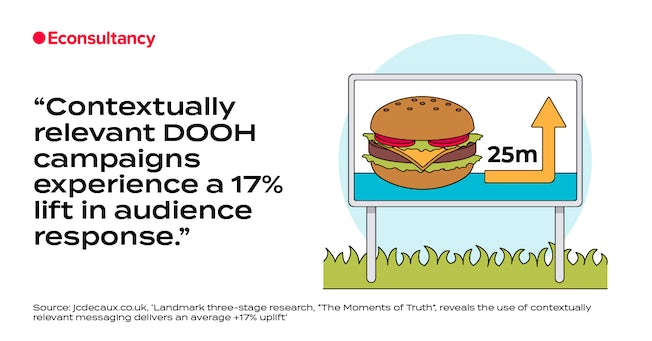 The rise of programmatic outdoor: what advertisers need to know

According to a report from Trustpilot, the average UK consumer wasted £63 on purchases driven by unreliable reviews in 2019.

In the UK, 90% of consumers said that they look at reviews before deciding to purchase a product, proving the extent of the influence they have on the overall customer journey to conversion. In fact, respondents from the region cited positive customer reviews as a key purchase driver, second only to the reliability of the product and service.

When it comes to trustworthiness, ratings and reviews are also ranked second – just behind direct advocacy from family and friends. However, the study suggests that consumers are becoming aware of the prevalence of fake feedback, instead making more purchase decisions based on perceived authenticity rather than perfect 5-star reviews across the board.

As a result, 62% of UK respondents said that they would prefer to buy from a company that has made a small mistake and responded quickly to it than one that seems to never have made a mistake at all. The same percentage also admitted that they were not immediately won over by 5-star reviews, instead opting to do more research into the brand before committing to a purchase.

As customer attitudes towards authenticity become more sceptical, perhaps the amount of money wasted on products driven by unreliable reviews will decline over time.

New research conducted by FIS Global predicts that mobile/digital wallets will make up 52% of online payments by 2023. Meanwhile, the global ecommerce market is also expected to see an increase of 53% during the same time period, valuing it at a whopping $5.9 trillion.

It’s not just online shopping experiencing this surge in digital wallet payments, however – it’s quickly becoming the norm for everyday instore purchases too. Twenty-two percent of transactions in physical retail stores were completed using a mobile/digital wallet in 2019, an uplift from 16% in 2018.

It is interesting to note the surge in popularity of ‘buy now, pay later’ schemes over recent years, driven by consumer demand and expectations. Consequently, the data from this study indicates that it will be the fastest-growing payment preference over the next five years, rising at a 28% compound annual rate. Currently, the EMEA region are leading the way when it comes to the use of buy now pay later schemes at 5.8% of all ecommerce purchases, while North America comprises under 1%. Both are expected to rise significantly over the coming years.

These statistics emphasise the importance that brands (which haven’t yet done so) must begin offering this payment method and the use of digital wallets or risk being left trailing behind their competitors. 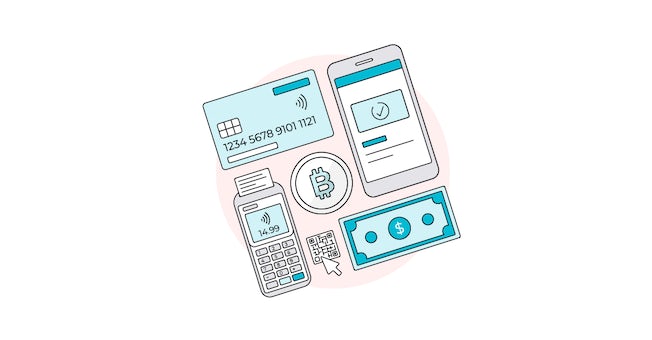 Marketers have predicted that ‘trusting relationships’ will be consumers’ top priority for 2020, overtaking ‘excellent service’, according to the latest edition of The CMO Survey.

Twenty-seven percent of 2631 US marketers surveyed agreed in February that ‘trusting relationships’ are more important to customers now than they were in August 2019 (scoring 19.4% at the time). Instead, ‘excellent service’, which ranked as the highest priority in August with 26.5%, was knocked off the top spot as it declined to 24% according to the most recent 2020 data. 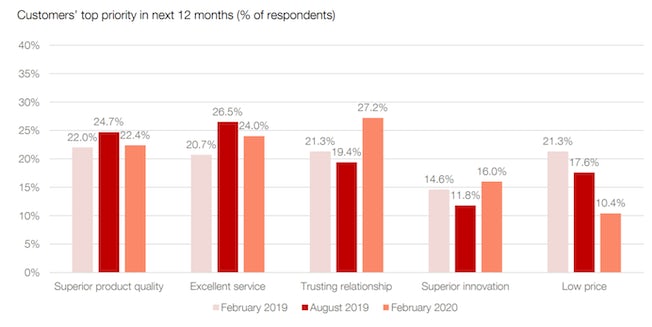 Chart via The CMO Survey

As a result, 67.7% of respondents predict that improved customer retention will be on the horizon for brands that focus on the highest priorities determined, instigating increased customer loyalty.

Furthermore, the pressure to offer customers the lowest price appears to have waned significantly. In fact, it was the only priority that experienced a year-on-year drop out of all five measured – 21.3% in February 2019 to 10.4% in February 2020. This suggests that shoppers are becoming more concerned with issues such as product quality and customer service than bagging a bargain, as reflected in other reported trends in purchase behaviour.

Insight from influencer analytics tool Instascreener claims that Fashion Nova spent a cool $40m on Instagram influencer marketing in 2019, the highest investment from any advertiser on the social platform that year. Other top spenders on such ads in 2019 include Flat Tummy Co ($13m), Ciroc ($11m) and Walmart (9m).

Fashion Nova, the global online fashion brand, has 17.4m followers on Instagram at the time of writing, and is particularly well known for its celebrity endorsements and collaborations. One such advocate is Kylie Jenner, who reportedly charges an average of $1.2m per Instagram ad. No wonder, then, that the brand doesn’t seem to be afraid of splashing the cash.

“I could buy designer but this @FashionNova fit” ????

However, despite ranking top for spending, Fashion Nova didn’t even make the top ten when it came to authentic user engagement on the platform. Instead, Audi took that crown with an impressive 9.3% engagement rate from its sponsored posts, while Sambazon and Clearblue ranked second and third at 8.7% and 8.2% respectively.

Meanwhile, the total Instagram influencer marketing spend in US and Canada reached in $434m in Q4 2019, up from $234m in the equivalent quarter in 2018, according to the data.

New research by YouGov has found that brand sentiment around Corona beer has declined sharply in the midst of the coronavirus outbreak.

Despite having absolutely nothing to do with the illness (apart from an unfortunate similarity in name), reports have widely circulated that consumers are now averse to buying Corona beer as a result of a perceived link with the virus – or perhaps just an aversion to jokes being made about the link.

While many of these statistics have been misreported, they do appear to have had a real impact on brand perception for Corona beer. YouGov’s “Buzz” score – which measures whether consumers have heard something positive or negative about a brand – for Corona Extra beer has seen a significant decline as news about coronavirus has spread. It is now at a record low of 51, from a score of 75 at the start of January. 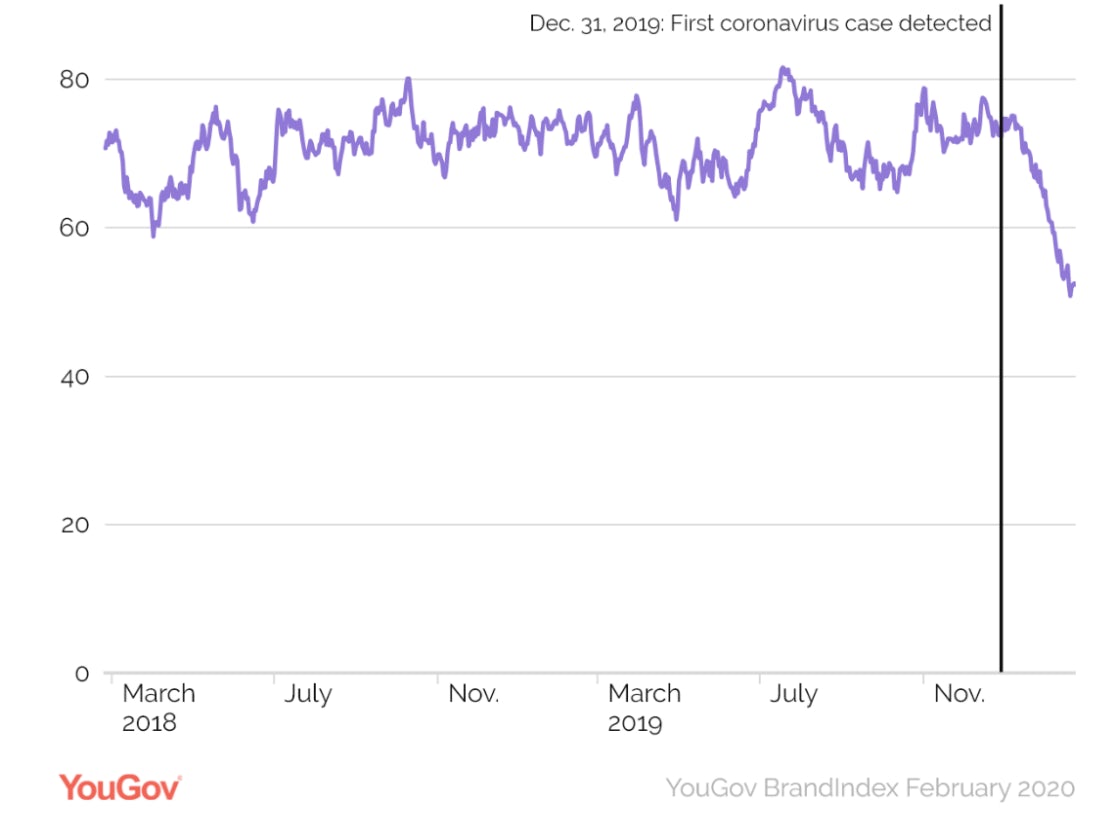 YouGov also reported that purchase intent for Corona beer has hit its lowest level in two years, although it admits that “the summer-y beverage which is closely associated with beach holidays does see substantial seasonal fluctuation.”

Constellation Brands, the parent company which owns Corona beer, has denied that the continuing news coverage of the virus is having an impact on its revenue. While reports have surfaced of Corona’s parent brand experiencing its lowest sales quarter in a decade following the outbreak, this is linked to a sales slump in China due to fewer people venturing out in public – rather than the name of the beer. 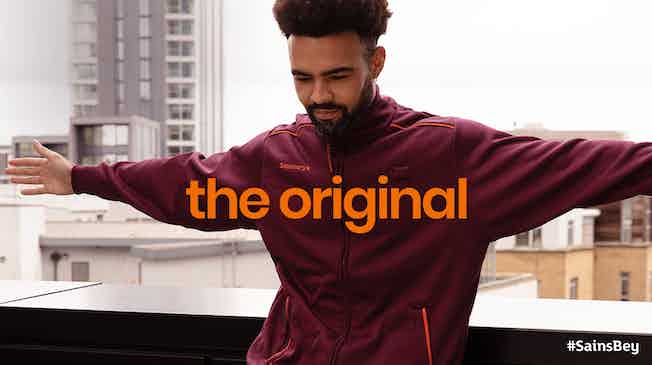 In a recent article, I identified reactive marketing as a growing content marketing trend for 2020, following its increased adoption by marketers over the last decade.