Welcome back to our regular roundup of the stand-out social stories from the month just gone.

In September, we saw many brands continue to adopt sentiments of togetherness, authenticity and self-expression in their campaigns as life returns to normal, social lives ramp up, and young people return to school and university.

TikTok has maintained its appeal to marketers, announcing a myriad of new ad partnerships with big-name brands including the likes of Bumble and Leeds United Football Club. Meanwhile, brand purpose remains very much in the spotlight for some as major global events like COP26 edge ever closer.

And finally, Leeds United revealed this month that they’ve become the first football club in the world to partner with TikTok to sell its official jerseys via the platform. The club disclosed that it can now add the coveted Shopping tab to its TikTok profile, as well as tag products in its video uploads, meaning fans and followers can buy the team’s kit directly and seamlessly via the app.

This announcement coincided with the launch of Leeds United’s third-kit. According to a statement, ‘the integration of short-form video and e-commerce represents a huge step on the club’s digital roadmap to provide fans across every platform the best possible way to engage with Leeds United content and wider products’.

The post below, uploaded with tags on 9th September, has so far garnered more than 28k likes from Leeds United followers, demonstrating the power of the new social commerce features for brands on TikTok.

Last month, dating platform Bumble teamed up with TikTok to produce a new European ad campaign which encourages users of the app to embrace their authentic selves while dating.

Titled, ‘Date with Better Answers’, a series of short-form videos show popular creators from the UK, France and Germany thrown into the spotlight across various date scenarios. Upon being questioned by their date, they struggle to answer truthfully. Eventually, they can’t help but enthuse about their niche interests, with help from content posted by other TikTok users.

The ads showcase not only the benefits of presenting yourself authentically in a social setting, but the growing number of enthusiastic communities on TikTok that help foster individuals’ hobbies and interests. It also strengthens both brands’ broader focus on online candidness, a discussion that is gaining traction on social media.

Mind gone blank? We’ve teamed up with @TikTok UK to help you learn cool stuff before your next date!

Spotify produced its latest in a long line of campaigns in September, this time celebrating young people aged 16-24 as they discover the role music plays in shaping their lives. The socially-led activation is spearheaded by several well-known influencers including blind disability activist Lucy Edwards, trans model Kenny Ethan-Jones, footballer Callum Hudson-Odoi and TV personality Molly-Mae Hague, among others. Together, they share pivotal moments in their lives and the songs that guided them through those times.

The campaign runs across a multitude of different social channels, such as Spotify’s social accounts and those of the influencers involved, as well as TikTok and YouTube.

In the clip below, posted on Spotify’s Instagram account, Kenny Ethan-Jones explains how songs like Candy, One Wish and We Got Love all influenced creativity in his professional life and a journey of self-discovery in his personal life.

Reddit has delivered its first ever UK ad campaign, following strong growth in engagement during the pandemic. The platform is looking to evolve its user base, with ‘a focus on marketing and partnerships’ and ultimately encourage more brands to join the app as it expands on monetisation.

The campaign, led by a 1-minute hero ad, which will feature on social media, YouTube and TV, shows a diverse range of Reddit users searching for new conversations on the topics they love. Alongside the tagline ‘Maybe together we’ll’, the overall feel of the ad is a positive one of discovery, community and collaboration; a far cry from past controversy surrounding brand and user safety on the site. A further set of OOH activations accompany the ad in an effort to increase audience reach.

To celebrate the relaunch of the Pandora ME collection, the jewellery giant has embarked on a digital campaign to appeal to a new audience of Gen Z shoppers ahead of the holidays. A new group of celebrity brand ambassadors head up the activation, having been specially selected to appeal to the younger demographic. The famous names include Addison Rae, Charli XCX, Donté Colley and others.

The Pandora ME range features interchangeable charms and links, as well as a number of customisable ring and earring combinations.

“The collection’s endless possibilities of styling and personalisation are a catalyst for self-discovery and allow everyone to create personalized looks that represent who they are,” Pandora’s Creative Directors have said of the relaunch.

Promotional material for Pandora ME has so far included several well-executed videos, Reels and looping GIFs on Instagram, in-store imagery and POS and further creative thinking in the form of an Animal Crossing Pandora Island (accessible in-game from 29th September). Alongside all of this, Pandora have also created a TikTok challenge titled #123PandoraMe, which asks users to share three different sides of themselves to mirror its tagline ‘For Every Me’.

Remix three looks to show the world who you are #123PandoraME

Prominent deodorant brand Sure is encouraging consumers to get back into the habit of moving their bodies post-lockdown – whatever that looks like to them. The #WatchMeMove campaign, originally unveiled in late August, is a multichannel activation which aims to oppose self-consciousness in the average individual when exercising in public.

‘Fear of judgement stops 1 in 2 people moving’, the brand’s headline video ad, which is currently being displayed online and on TV, proclaims.

On Instagram, the campaign is being taken even further, showcasing examples of people from all walks of life as they get back into healthier routines. Together, they share tips and tricks for ‘owning’ your workouts and combatting insecurities, as well as inspiring stories of courage in sport.

Grocery brand Oddbox London has brought brand purpose to the forefront by marking the UN International Day of Awareness of Food Loss and Waste, which took place on 29th September. The startup company specialises in so-called wonky veg, thereby combatting the unnecessary surplus of edible food rejected by large supermarkets.

Taking its principles further, Oddbox announced that it had ‘founded’ a new country and applied for it to become a UN member state to raise awareness of the issue of food waste, making it more visually measurable for individuals and governments alike. The country, named Wasteland, has been coined as the ‘most harmful country you’ve never heard of’.

‘If food waste were a country, it would be the third biggest contributor to the climate crisis’, its headline video clip explains, beaten only by China and the US.

While the quantity of its campaign content isn’t expansive, its message is hugely impactful and highlights the bearing excessive food waste has on the planet. 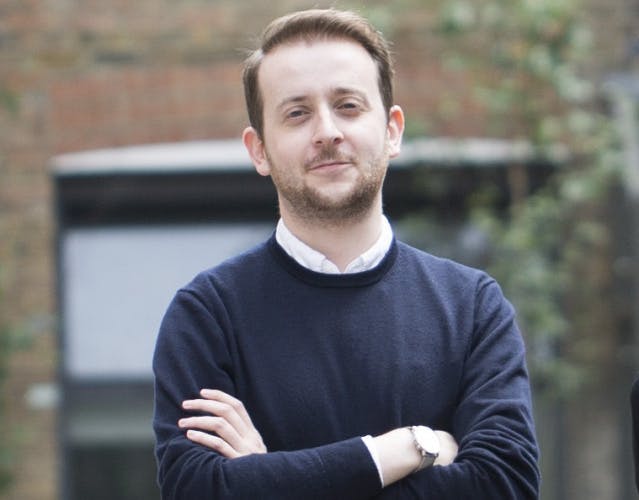 Thomas Walters is the CEO & Co-Founder of Billion Dollar Boy (BDB) – a global creative influencer marketing agency that delivers end-to-end campaign management for top brands. I recently caught up with Thomas to chat about the evolution of influencer marketing, the key components of any successful campaign, and the trends to watch out for. […]