This month we’ve got news from Facebook, an AR update-off between Instagram and Snapchat, campaigns from Sport England, Hinge and more. Let’s get into it.

Hinge declares itself the app ‘designed to be deleted’

Dating app Hinge is celebrating its acquisition by The Match Group by rolling out its first international campaign.

The campaign’s aim is to try and outline Hinge’s position in a crowded dating app market. By focusing on more serious, less superficial relationships, Hinge sees itself as the app designed to be deleted – after its users find their match.

Hinge's new tagline: "Designed to be deleted" is motivating me to want to download the app. Who is responsible for this genius strategy and copy?

The ‘designed to be deleted’ campaign has received positive feedback from people online praising its refreshing outlook on users’ relationships with dating apps.

Instagram is giving its users more creative license by extending access to its AR filter creation tool to everyone.

As revealed on the Facebook Develops blog on August 13th: “Starting today, anyone can create and publish their own Spark AR effects on Instagram. We’re also introducing the new Effect Gallery, which will include niche AR effects from up-and-coming artists, making it easier for people to discover unique effects from the creator community.”

Following in the footsteps of its competitor Snapchat, Instagram will allow its users to access the user-generated AR effects, in turn opening the opportunity for talented designers to showcase their work.

Due to the expansive nature of the update, Instagram can expand its visual offering without the need to rely on in-house creation.

It’s also worth noting that Instagram’s dominance in terms of users over Snapchat may lead to creators jumping over from Snap to share their creativity.

A potential response to Instagram’s update, Snapchat made some changes of its own by adding more features to its Lens Studio. 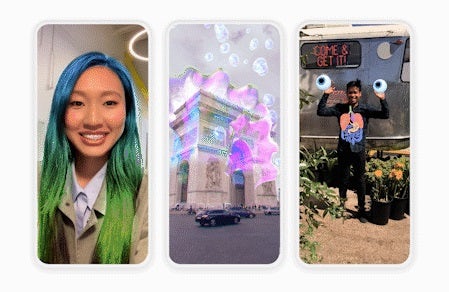 The Lens Studio 2.1 will make it easier for users to develop their AR creations. How? A new interactive tour guide helps breaks down the Lens creation process one step at a time, making it even easier for users with no experience to bring their ideas to life.

In addition to the new Lens Studio helper, Snap has also expanded its creation template and features, and made new additions to its Landmarkers – bringing the feature to 14 additional locations.

Two of America’s best-loved fast-food chains Popeyes Chicken and Chick-fil-a had a Twitter war in August over the launch of the former’s brand-new chicken sandwich.

Following its launch at the beginning of August, the Popeyes chicken sandwich received relatively minimal fanfare until Chick-fil-a – a company three times the size – decided to respond in the form of a subtweet. This then prompted Popeyes to reply with a sarcastic “… y’all good?” retweet.

Social media wars are commonplace amongst fast-food chains and this example wouldn’t be as noteworthy if it didn’t result in a significant boost in overall interest in Popeyes.

The fast-food chain recorded huge spikes in social conversation at the time of these specific social media posts, became a top trending topic in the US and worldwide, and searches on Google for “Popeyes chicken sandwich” increased 1000% after the “… y’all food?” tweet.

The increased conversation led to increased sales and the spoils of war were so great Popeyes subsequently ran out of its newly famed chicken sandwich.

Y’all. We love that you love The Sandwich. Unfortunately we’re sold out (for now). pic.twitter.com/Askp7aH5Rr

Starting at the end of August (running into September) Facebook is opening cafes across London to help users with their account’s privacy settings.

Facebook took over a café across from my hotel. It's offering free coffee and “privacy check-ups” to make sure you’ve done all you can to keep your info secure

Facebook, on the other hand, has had myriad data breaches and scandals in recent years https://t.co/cxobbIW0VU pic.twitter.com/GDqq9EFhfn

The Facebook Café and the ‘privacy checkups’ will be carried out at five locations throughout the UK, with the social media company taking over the cafes and giving them a makeover. The cafés were created off the back of Facebook research that found 27% of Londoners don’t know how to customise their social media privacy settings.

The London café opened on August 28th and 29th with free beverages offered to people who took part in the checkup.

Sport England has launched a campaign in partnership with 15 different charities to encourage people with long-term illnesses and disabilities to get more active.

Working with the likes of MS Society, Mind and British Red Cross the campaign aims to address problems that certain individuals face when trying to participate in physical activities by spotlighting real-life people doing it.

69% of people with health conditions in England say they’d like to be doing more physical activity. For the first time, thanks to @TNLUK funds we have awarded, 15 UK charities have come together for #WeAreUndefeatable. @undefeatable https://t.co/xPjPPqDDau pic.twitter.com/9j4aSw4tXv

The campaign comes as a result of a Sport England survey which found although people with long-standing illnesses perceive there to be certain barriers preventing them from getting active, 69% of them would like to participate in more physical activity.

This follows on from the successful ‘This Girl Can’ campaign from 2018.

Instagram is developing its own private messaging app called Threads.

Succeeding the social media company’s previous direct messaging offering ‘Direct’, Threads is being described as a place for promoting “constant, intimate sharing between users and their closest friends”, according to The Verge.

It also appears that a lot of the functionality currently housed within the main Instagram app will be transferred over to Threads, including real-time updates and Stories.

Cosmetics brand Nars has opted for a controversial creative direction with its new social campaign.

When the nudes keep you up all night. Reach the dawn with Morocco Lipstick, a warm cinnamon. #NARSAFTERHOURS

The six second video – which shows a Nars lipstick melting up close accompanied by a provocative caption at the end – has been the subject of plenty of social media chatter.

“This makes me want to buy one, said no one ever.” https://t.co/jsVoJrxsqx

Although the campaign has been criticised by some, the make-up brand has garnered support from influencers such as Chrissy Teigen and Meghan McCain, who both commented on the video.

Even though many of the post’s commenters have been critical of the suggestive nature of the video it has still been viewed over 1.1 million times on Instagram, making it a successful campaign.

As reported by Reuters, Facebook-owned WhatsApp is aiming to gain a foothold in Indonesia’s growing ecommerce sector by potentially rolling out WhatsApp Pay in the region.

According to sources close to the matter, WhatsApp has been in conversation with a number of Indonesian digital payment firms – including Go-Jek, DANA and Ant Financial – to introduce their payment service as a viable option for consumers. Should WhatsApp succeed, Indonesia will become the second country that WhatsApp pay has been fully rolled out in, behind India.

However, as stated in the article, the Indonesian version of WhatsApp Pay will serve as a platform supporting payments from local digital wallets in contrast to the peer-to-peer payments being planned for the Indian version. 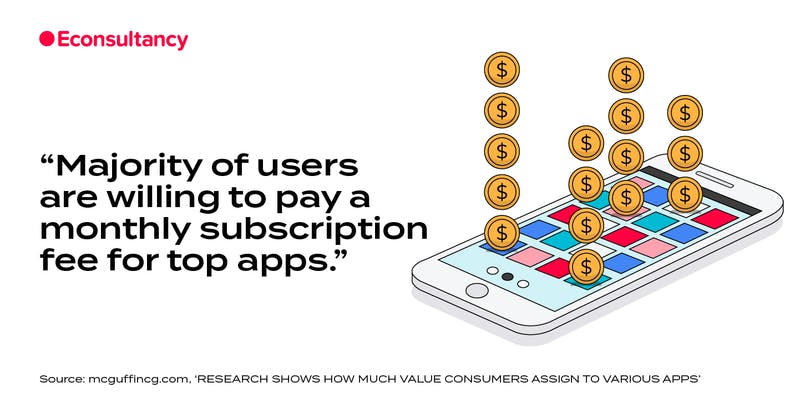 Brands are spending billions of dollars a year on influencer marketing and it has fast become a critical digital marketing channel, especially for brands in markets such as fashion and beauty. 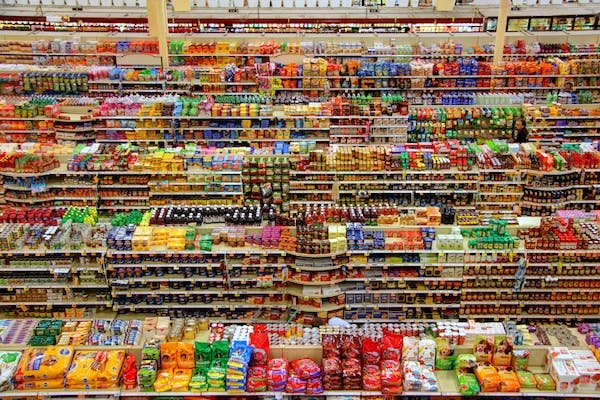 When buying a new car, a new phone, a new mattress, most of us can’t claim to be experts. Navigating countless features and benefits tests our patience and analytical prowess; we’re lay people and choosing is tough.