We’ve rounded up some of the most significant news to keep you up to date.

Remember to check out our social media reports for best practice advice on how to wrangle your own social spend and content creation.

The campaign features real-life testimonials from some of Snapchats avid users, telling the stories of 70 users from 12 countries.

Real stories. Real people. #RealFriends from all around the world. pic.twitter.com/CevR6M6tBa

The multichannel campaign is leveraging the power of digital streaming platforms Spotify and Pandora to spread the campaign to the masses, as well as using outdoor ad space in New York City to showcase quotes about friendship.

Snapchat is also using influencers to promote the campaign on rival platform Instagram, to maximise exposure.

The activity follows news of Snapchat’s user growth up 13 million, from 190 million daily users to 203 million in Q2 2019, its best quarter in regards to user growth since 2016.

At its annual F8 conference, Facebook announced that it would be rolling out an update on Instagram that would ‘deprioritise likes’ on the platform, starting in Canada.

In July, Instagram announced that the test would also be trialed in six other countries – Australia, Brazil, Ireland, Italy, Japan and New Zealand.

We’re currently running a test that hides the total number of likes and video views for some people in the following countries:

The announcement has brought into question what the Instagram ‘like count ban’ means for influencers moving forward and how brands can respond to the ‘demetrication’ trends in social media.

Is the Conservative party preparing for general election with Facebook ads?

Following the appointment of Boris Johnson as the UK’s Prime Minister, in July, the Conservative party appears to have started testing myriad campaign messages on Facebook.

The campaign assets are a mixture of both videos and images, focussing on prevalent UK political issues like Brexit and increased public spending for education, policing and the NHS, with Boris at the forefront.

It has been suggested that the ad campaigns – which are currently being run on a relatively small scale – could be a way for the Conservatives to gather data in the case of an early UK general election.

More from The Guardian

Instagram has made some updates to its platform to combat online bullying and make its social network a safer and friendlier environment for users.

Encouraging Positive Interactions – Instagram is making it easier for its user to think twice before sharing a negative, offensive or harmful comment on someone’s post, through an AI-powered tool. The tool works by asking people “are you sure you want to post this?” before they press send on potentially harmful comments. 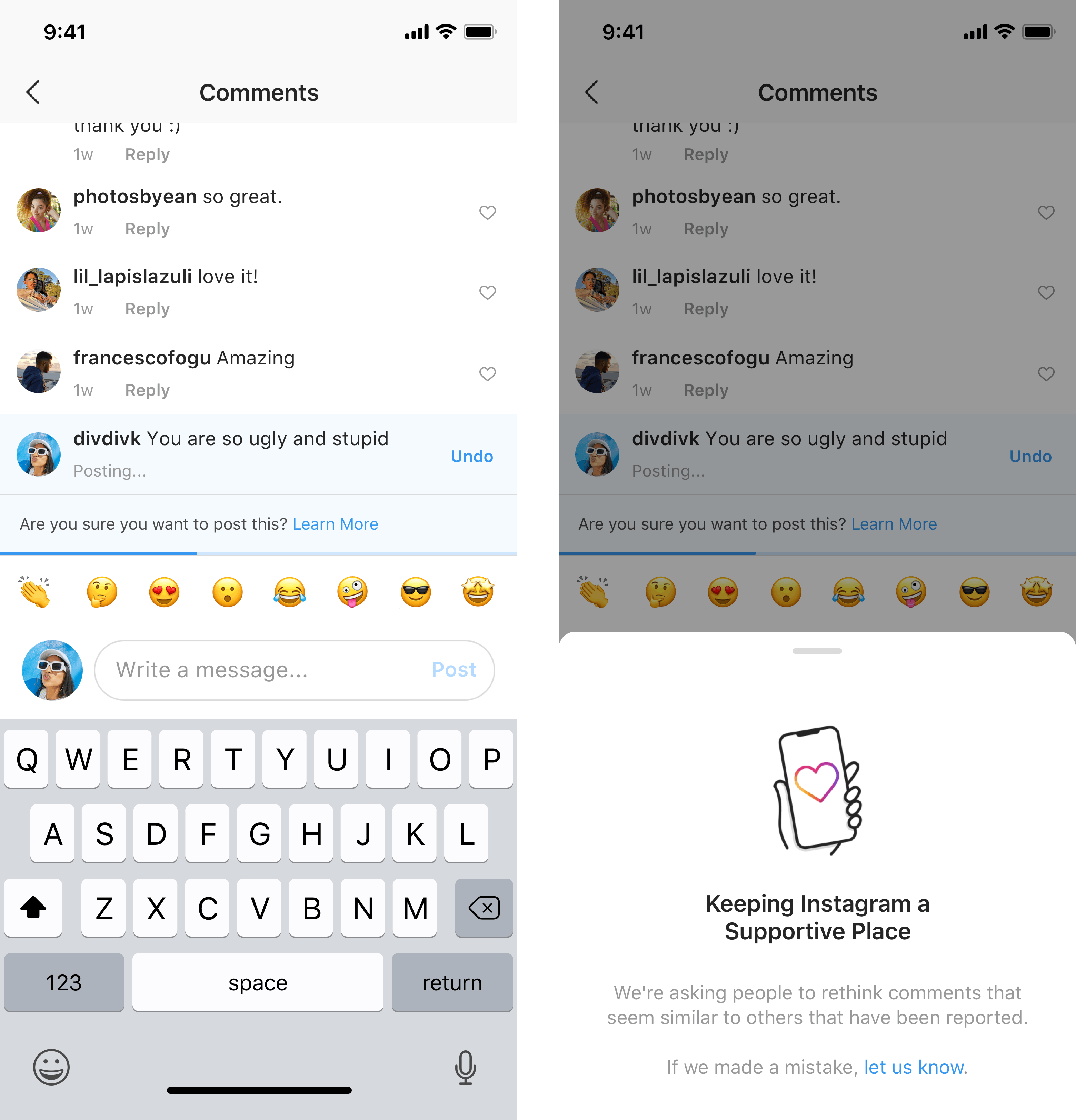 Feedback from its young users has also driven Instagram to find a way to restrict unwanted interactions on the platform. Enter ‘Restrict’. Currently being tested, Restrict works by giving Instagram users control over who can comment on their posts as well as who can see those comments.

In addition, restricted people won’t be able to see when these users are active on Instagram or when you’ve read their direct messages.

Facebook’s quarterly revenues and usage is up, but FTC fine and tighter regulations are afoot

Facebook posted its second-quarter earnings, with revenue sitting at $16.9 billion (up 28% YoY) and a profit of $2.6 billion in the same time period.

The news comes after the US Federal Trades Commission hit the social media giant with a $5 billion fine and requested greater oversight into Facebook’s practices, as they pertain to its user data (in obtaining consent to share it).

These new rules and regulations are designed to increase Facebook’s accountability where data is concerned. As Patricio Robles explained on the Econsultancy blog:

“Facebook will be required to establish an independent privacy committee, stripping CEO Mark Zuckerberg’s power to make major decisions that affect user privacy. It will also have to appoint compliance officers that Zuckerberg can’t fire and allow a third-party assessor to independently investigate, sample and test as part of its oversight of Facebook’s privacy program”.

Twitter officially rolled out its new desktop experience to all users

Over the past few months, Twitter has been testing a new desktop experience on users and in July it finally rolled it out to everyone. So, what’s new?

According to Twitter’s blog, users will get ‘more of what’s happening’, which includes more live videos and local personalized Twitter moments. The new interface also boasts easier navigation for users with Bookmarks, Lists, and Profile placed prominently in the new side navigation.

Other new features included an update to direct messaging, the introduction of two options for dark mode and new themes and colour options.

Although it could be argued that Twitter has done a lot to make its users’ lives easier, not everyone has been impressed with the redesign with articles on ‘how to get the old Twitter web interface back’ being published online.

Twitter: Let's release a new layout and trap people in it, they'll love it!

Pantene is dispelling the idea that grey hairs are undesirable with its #PowerofGrey campaign.

Using the anecdotes of influencers and celebrities with grey hair to bring the campaign to life, the ad speaks to women of all ages to embrace their grey hair.

The campaign was created as a result of a Pantene study that showed “80% of Brits have grey hair, but 2 out of 5 cover them (40%)” with reasons cited including lack of confidence. The study also found that perceptions around grey hair are changing, with a quarter of British women associating ‘growing grey’ with authenticity and feeling natural.

Love this ad campaign #PowerofGrey I felt quite exposed originally when I cut out the colour but why should we have to hide and feel ashamed? Now I think, well I am what I am, and that’s fine with me. pic.twitter.com/83u12YJ3Ew

Recognising the rising popularity on video formats on the platform, Pinterest has introduced four new video features for creators and businesses.

An updated video uploader will allow businesses and creators to upload their content directly to the platform. Business profiles will also benefit from a new video tab, which enables them to house their video content in one place.

As Pinterest videos are evergreen, its new video analytics tool will afford businesses and creators the ability to see their lifetime views, insights and the performance of their video content.

Lastly, its new ‘Pin Scheduler’ tool enables creators and businesses to schedule their videos in advance.

The #TryFor8 campaign aims to get the nation sleeping for eight hours a night, with the help of Simba’s new app. The app features all three famous faces offering personalised videos, tips and advice on how to get the right amount of sleep.

Outside of the app, Simba has created a host of social assets featuring clips of Itoje’s daily routine, with emphasis placed on his prioritization of sleep.

ID Mobile has enlisted the help of Love Island’s Georgia Steele for a campaign highlighting the savings consumers can make by switching mobile networks.

Georgia Steele was synonymous with the word loyalty throughout her run in the 4th season of the reality TV show and ID Mobile has used both her popularity as an influencer and a tongue-in-cheek play on her ‘loyalty’ to produce an entertaining and memorable ad.

Recruiting former England International Jermaine Jenas as one of the narrators, in addition to  young and ambitious footballers, the campaign addresses the challenges young people face when trying to find spaces to play ‘the beautiful game’ and gain support from local coaches.

Coca-Cola isn’t just talking about the problem but also coming up with ways to make a change by partnering with charity StreetGames to help provide young people with football pitches, coaches and facilities. 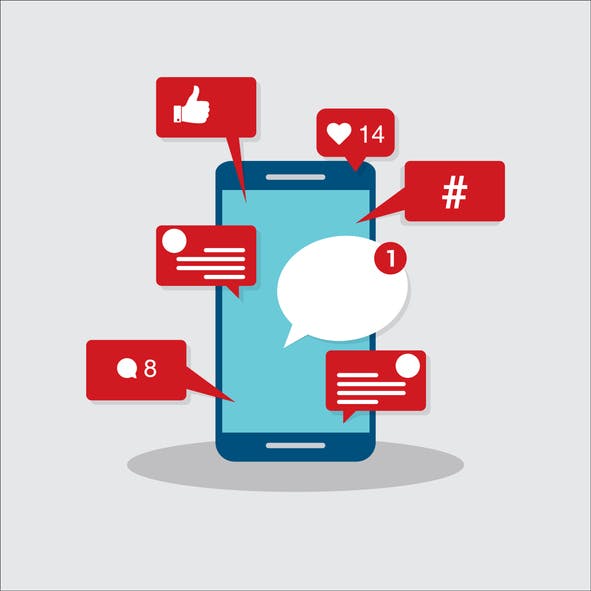 Digital marketing is, on paper, all about metrics. Never before have marketers had access to so much data and the ability to track and monitor their campaigns, often in real-time no less. But some of the decisions marketers make, particularly in the world of social media, are based on public metrics that could be going […]