Remember to check out our bundle of Social Media Best Practice Guides, and Econsultancy subscribers can also watch our latest social media webinar on demand.

Lego disproves the notion that memes from brand accounts can be passé, with its latest innovation, ‘the shatterproof truck’, a play on Tesla and Elon Musk’s new pickup truck which had its windows smashed in an awkward moment during its launch.

The evolution of the truck is here. Guaranteed shatterproof ???? pic.twitter.com/RocTEkzzwI

The image, described as ‘the evolution of the truck’, which is essentially three lego pieces stuck together, works so well because of the satirical tone in the copy and sleek automotive ad aesthetic.
The post on Twitter has amassed thousands of Likes, RTs and, most importantly, replies which all go to show that when brands’ attempts at authentic conversation are well-judged they can be fruitful.

Currently only available in Brazil (where it’s called Cenas), Reels combines all of Instagram’s most popular features and, similarly to TikTok, allows users to make clips set to music (up to 15-second long). Reels users can then share their creations as Stories.

Instagram has also introduced a Top Reels section to its Explore page, giving the most popular Reels the opportunity to go viral on the platform…sound familiar.

Coca-Cola launches ‘Holidays are Coming’ campaign in the UK

Coca-Cola’s ‘Holidays are Coming’ campaign is arguably the most famous Christmas TV ad of all-time, and the soft-drinks brand has given the classic spot a new global campaign.

Can anyone else hear bells in the distance? ????????It's not really Christmas until you see the iconic truck on your TV, and tonight might just be the night. Let us know in the comments when you spot it! #HolidaysAreComing ????????

In addition to the social media coverage, the brand will be sending its famous Coca-Cola truck on a tour to visit several UK towns and cities for Christmassy pop-ups and has partnered with homeless charity Crisis; pledging 10p for every limited-edition Coke zero sugar cinammon, which can be sampled and recycled throughout the truck tour.

Coca-Cola has also worked with SnapChat to create its own ‘Coca-Cola Christmas lens’, to spread some additional social media Christmas cheer this holiday season.

IKEA UK teams up with grime legend for ‘Silence the Critics’

Ikea’s first-ever UK Christmas campaign sees the Swedish furniture giant team up with one of grime’s most distinctive voices, for one of this year’s most memorable holiday season campaigns – Silence the Critics.

At IKEA, we believe every home is worthy of a get together. This party season, let’s show home shame the door and Silence The Critics, once and for all.#WonderfulEveryday

For ideas, inspiration and products to get your home party season ready, visit https://t.co/SwcNGwExQN pic.twitter.com/Tq0KRL1uQ5

Household ornaments and crockery, voiced by MC D Double E, poke fun at the tired decor of a family home.

Silence the Critics aims to address the feeling of home-shame consumers can sometimes feel during the busy Christmas period, when they could be playing host to family and friends.

By harnessing the mainstream popularity of grime (and one if it’s legends) and using D Double E’s talent in a memorable way, this is one Christmas ad sure to stick in the mind.

Facebook has rolled out Facebook Pay to its users in the US, allowing users to make seamless product purchases on Facebook’s suite of platforms; Instagram, WhatsApp and Messenger. 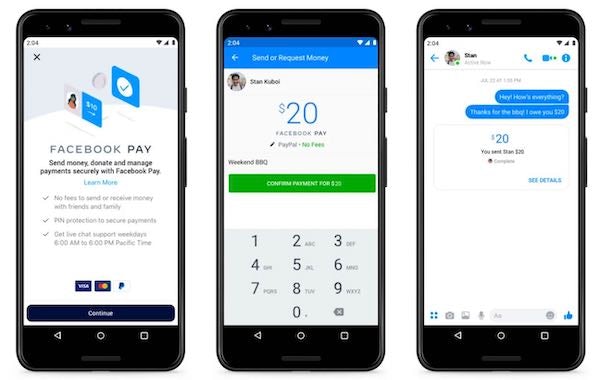 Users will also have access to their payment history, have the ability to manage multiple payment methods and update their settings all in one place. What’s more, users will get real-time live-chat customer support.

Upon its initial US roll-out, Facebook Pay will be limited to transfers including fundraisers, person-to-person payments, and businesses on Facebook Marketplace.

Twitter has asked its community of users to help shape the social media company’s approach to the proliferation of synthetic and manipulated media (also known as deep fakes) on the platform.

Twitter’s VP Trust and Safety wrote on the company’s blog: “when you come to Twitter to see what’s happening in the world, we want you to have context about the content you’re seeing and engaging with. Deliberate attempts to mislead or confuse people through manipulated media undermine the integrity of the conversation.”

To formalise its policy on deep fakes, Twitter has produced a draft of what it’ll do when it detects synthetic and manipulated media that purposely tries to mislead or confuse its users – Twitter will:

In addition to the developers that it hopes to partner with to finalise its policy and shore up its detection processes, Twitter has called upon its users for feedback via a survey or by tweeting using the hashtag #TwitterPolicyFeedback.

WhatsApp will now allow the users of its business app to utilise product catalogs, which the Facebook-owned company says will help sellers provide more details on the items they’re selling.

Catalogs are described as the “mobile storefront for businesses to showcase and share their goods so people can easily browse and discover something they would like to buy”.

Historically, businesses were confined to sending product photos one at a time, repeatedly providing information to customers via the app, but now customers will be able to see their favourite companies’ full product catalog right within the WhatsApp Business platform.

Businesses in Brazil, Germany, India, Indonesia, Mexico, the U.K. and the U.S. will be able to access the new catalogs feature, with a wider roll-out planned for the future.

Over the next 9 days we will be revealing the supporters who appear in our #drawaline campaign to #endFGM by 2030. Do you know how many girls are at risk of #FGM? #16days #16daysofactivism @MrsAnnaKJones pic.twitter.com/LBQkhtihP2

The campaign uses powerful stats – 68 million girls will be at risk of FGM between 2015 and 2030 – and monochrome imagery to perfectly convey the prominence of the issue from an emotive and aesthetic perspective.

The campaign also harnesses the power of celebrities and activists, including Saira Khan, Scarlett Curtis and Alimatu Dimonekene for additional influence.

Snapchat CEO Evan Spiegel has made clear his company’s policy as it pertains to fact-checking politicians and political ads.

As per an interview with CNBC, Spiegel explains that Snap reviews all advertising on its platform (political ads included). Spiegel also added that he thinks Snap should “create a place for political ads on our platform, especially because we reach so many young people and first-time voters we want them to be able to engage with the political conversation, but we don’t allow things like misinformation to appear in that advertising.”

Snapchat’s bold move demonstrates its sense of political responsibility to its users and in the days following this declaration from its CEO (and amidst growing pressure), Facebook announced some news of its own…

As per The Wall Street Journal, Facebook is also “considering making changes to its political-advertising policy that could include preventing campaigns from targeting only very small groups of people.”

KFC serves up its Christmas campaign

Fast-food chain KFC has shared a series of funny, animated short social ads for its Christmas campaign for 2019.

This year’s Christmas campaign sees the famous fried chicken chain wish consumers luck with the stress that comes with preparing and cooking a turkey on the big day.

The series of mini videos range from the nightmare of burning a turkey to a crisp, to fitting one in an oven – which KFC calls ‘Ovenception’. 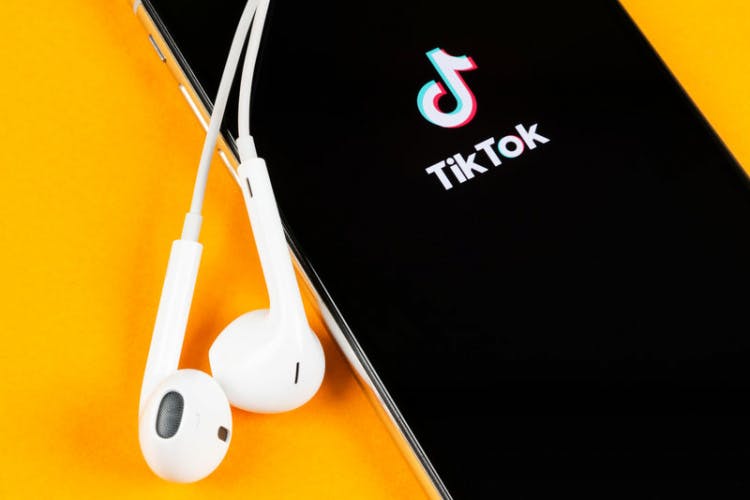 Nearly a decade ago, Domino’s Pizza was known as the poor man’s Pizza Hut.  Not a patch on Papa John’s, and unable to satisfy the growing consumer desire for a ‘posher’ slice found in the likes of Pizza Express. Today, Domino’s is the largest pizza chain in the world, having surpassed Pizza Hut in global […] 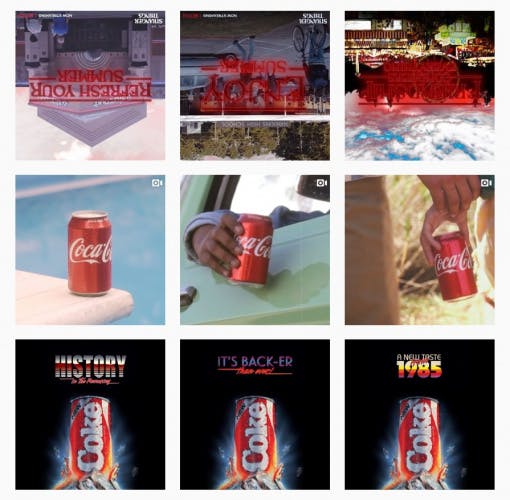 In 2019, the general state of play of social media for FMCG brands has transformed from its product-focused beginnings to a more content-driven approach.  As social media has evolved and matured, consumers’ thirst and expectation for original, authentic content have increased exponentially… and the world’s biggest brands are not excused.   Coca-Cola is one such brand that has […]