September’s social media roundup includes platform news from Snapchat, Instagram and YouTube, as well as campaigns from Oxfam, the COPI and Google. Without further ado, let’s get into it.

(Remember to check out our bundle of Social Media Best Practice Guides, and Econsultancy subscribers can also watch our latest social media webinar on demand)

ITV News has launched a new youth-focused news service on Instagram, aimed at children aged between 14-17.

Brand new from ITV News: The Rundown Watch a new edition every weekday afternoon by tapping on our story Here's @amaniitv with some of what's in Wednesday's edition #news #benstokes #royal #australia #september #wednesday #TheRundownITV #ITVNews

The Rundown, which will be broadcast daily through Instagram and other social media platforms, will give young people the most important international and UK news stories of the day.

ITV’s Director of News stated, “With the introduction of The Rundown, we’re going beyond TV to speak directly to digitally savvy teenagers, with engaging, accessible news that meets the high standards expected of a PSB news provider.”

Ahead of the 2020 US Presidential Elections, Snapchat has launched its own political ads library to increase transparency for its users.

As reported by CNN, Snap’s ad archives show the name and address of who paid for the ads, as well as run date, money spent, ad impressions, and the demographic targeted.

Earlier in September, Snapchat launched its own dedicated channel for the 2020 US Presidential Elections and it appears the company is keen to prevent a repeat of the misinformation in the 2016 US presidential elections, by giving its users (i.e. potential young voters) as much information on campaign origins as possible.

Jane Manchun Wong, the serial unreleased feature whistle-blower – who also predicted the Instagram ‘like ban’ – noticed the “hidden like/reaction count feature in [Facebook’s] Android app by reverse-engineering the app and playing with the code underneath.”

Although it’s been reported by influencers that Instagram’s ‘like ban’ has resulted in lower engagement and follower growth, prototypes for features like these are an indication of Facebook’s wider strategy to provide users (across its entire ecosystem) with a healthy environment to share their content without the pressure of having to amass a lot of likes for validation.

As reported by AdAge, Snapchat announced it will soon be allowing to longer video adverts.

With a big jump, from 10 seconds to a full three minutes, Snapchat hopes to capitalise on its recent commercial successes by offering advertisers greater incentives to allocate some of their spend to the platform.

With these longer ads, Snapchat has also created a new way to target viewers based on the likelihood that they’ll view the entire advert – targeting based on their viewing habits on the platform.

Additionally, Snapchat is also making changes to its only unskippable ad format – the six-second mid-rolls within shows. These ads now come complete with a “swipe up” option, which can drive potential customers to take specific actions like shop or click through to a campaign microsite, for instance.

As per Spotify’s newsroom, all its users who also have Snapchat will now be able to share their favourite songs, playlists, and podcasts with friends directly or by posting them to their Stories.

The functionality and aesthetic are akin to Spotify integration both Instagram and Facebook users have had on both apps since 2018.

Although Snapchat is essentially playing catch up, this update is a good indicator of its understanding of the impact of technology and social media on music, and vice versa.

UK-based charity Oxfam is championing sustainability (and recommerce) and tackling fast-fashion, with its 30-day #SecondHandSeptember challenge.

Fast fashion is harming people and our planet. Did you know the UK sends 11 million items of clothing to #landfill every week? Now there's something you can do to help: sign up to #SecondHandSeptember and pledge to say no to new clothes for 30 days (link in bio) #SustainableFashion #SecondHand

As stated on the campaign’s social media integrated mini-site, “Every week 11 million items of clothing end up in landfill. Throwaway fashion is putting increasing pressure on our planet and its people – it’s unsustainable”.

Today’s #SecondHandSeptember dress was an unworn eBay bargain back in July. Thanks to @oxfamgb for helping me celebrate all my thrifty purchases and commit to buying no new clothes this month pic.twitter.com/t3cMkhstzA

Anyone that shares a photo of their secondhand purchases on social, will automatically be entered into a prize draw – with a winner being announced every Friday, throughout September.

As per YouTube’s official company blog, the video-sharing and streaming platform has pledged to “treat data from anyone watching children’s content on YouTube as coming from a child, regardless of the age of the user.” 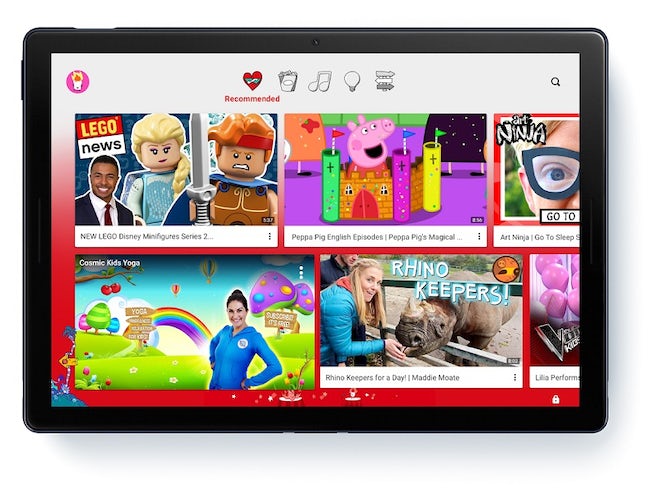 Starting in four months, YouTube plans to limit the data collected and used on videos made for kids (only collecting data to support the operation of the service).

What’s more, it will also stop serving personalised ads on kids’ content altogether and disable likes, notifications and comments – the latter of which it removed from kids’ content earlier this year, amidst consistently reported misuse.

Aware of its influence on its younger users, YouTube also plans on “establishing a $100 million fund, disbursed over three years, dedicated to the creation of thoughtful, original children’s content on YouTube and YouTube Kids globally.”, something that will help enrich the quality of kids content available on the platform, and offset some of the impact on family and kid content creators.

Want to be part of the best healthcare system in the world? Come join the #NHS team and make a difference in the lives of patients each and every day #WeAreTheNHS Search ‘Nursing Careers’ today. https://t.co/lMRXnpUHUs pic.twitter.com/qIpn2Pqjvm

Similar to the Army’s ‘snowflake’ recruitment campaign, #WeAreTheNHS uses fast-paced and emotive footage to convey the various responsibilities and fundamental importance of working as a nurse for the NHS.

The campaign has been lauded by people online – including a few famous faces.

I really like this new advert from the #WeAreTheNHS campaign which champions nurses throughout the #NHS and highlights what a fantastic career it is. Thank you, nurses. Search ‘nursing careers’ for more info. https://t.co/hkRkmJkKc3 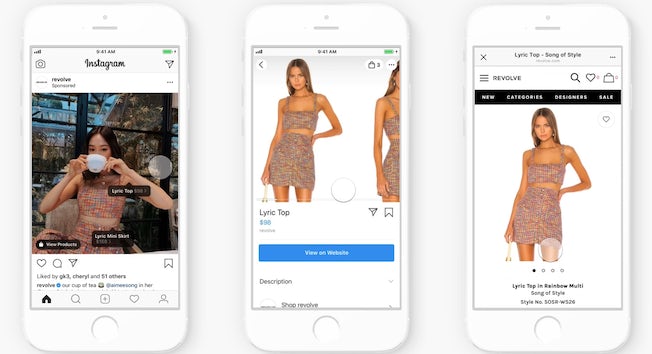 On its main platform, Facebook is testing out dynamic shoppable ads which will serve users with relevant product ads that they can purchase directly via the ‘Checkout on Facebook’ option, which pops up when you interact with the ad.

Instagram is testing Shopping Tags (shoppable posts with a tag on a product) on paid posts, where they were previously only available on organic posts.

Earlier this month, the social media giant finally launched the service in the US – in addition to the 19 countries it’s already available in. 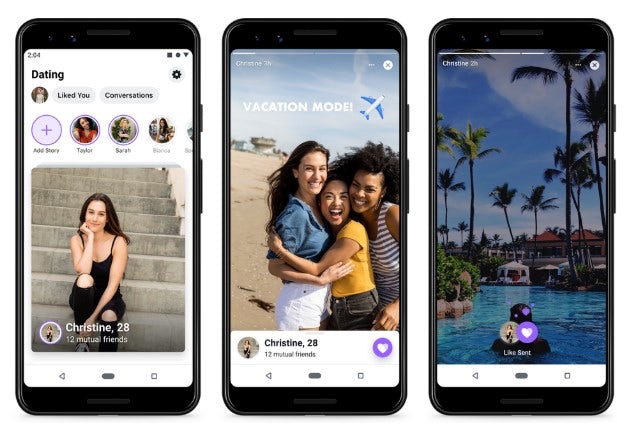 Facebook Dating has also introduced some new features to its service.

Firstly, users will soon be able to connect and share their Facebook and Instagram Stories directly to Dating, a feature that Facebook feels enables users to “be authentic in a way that a typical dating profile can’t”.

Facebook Dating has also introduced Secret Crush which allows users to explore potential relationships with people in their extended circles (e.g. Facebook or Instagram friends/followers) by allowing users to create a small list of friends/follower as their crushes.

Another interesting update is an opt-in live location feature, which allows users to share the details of their upcoming date and/or live location with any of their Messenger contacts.

Facebook Dating is Mark Zuckerberg taking further control over the very essence of who you are: your behaviour, your personality & your desires. It is a dangerous tool built to further entrench you. Protect yourselves from his only obsession: the relinquishing of your privacy.

Some have questioned Facebook Dating’s raison d’être, but the US rollout and updates demonstrate Facebook’s intentions on staking its claim as the go-to dating service for its users.

Google in the UK has launched its first-ever B2B campaign, specifically advertising search to businesses, with ‘Find What Matters’.

The two-month campaign aims to shine a light on consumer relationships with Google and promote the perpetual value and relevance of the search engine to customers.

Despite the customer-facing tone of the advert, its intended audience is media-buyers and the campaign is a call for them to consider allocating some of their holiday season budgets to Google – as this is where you can find your customers looking for things that matter.

Google UK’s search lead told Campaign Live: “It’s about showcasing that magic of search through user moments. Marketers that we’re talking to our media buyers but also consumers; it’s playing on both sides of that. We’re hopefully reigniting their interest in a compelling way…”

Find out more at Campaign Live.

People-powered research and advertising organisation, the COPI, launched an anti-pollution campaign to try and combat air pollution in the UK – starting with London.

Copi founder Humphrey Milles spoke to @BBCLondonNews earlier about toxic air pollution levels and how we can #addresspollution
Check you own home’s pollution rating at https://t.co/amTedA2Fyt demand action and see what you can do. #airpollution pic.twitter.com/HCsFiaPUJV

The organisation has developed a tool that allows individuals to enter their postcodes and have the air pollution in their local area rated on a scale of 1 – 5, in a custom report on the microsite.

After people get their report, they are then prompted to clickthrough and ‘DEMAND ACTION’, which takes them to a ‘Local and National Action’ page providing useful information on what their local area needs more of (e.g. charging points for electric vehicles) and the provisions currently available.

Once the information has been reviewed, people can then sign a petition to request action from their local council and MP.

Terrific tool here allowing every Londoner to check their home’s air pollution & gives them the tools to acthttps://t.co/Tfpg4CSmHP#addresspollution

The nascent campaign’s message and execution have been praised online by several individuals and helped spark an important discussion around air quality in UK’s capital. You can give it a try here. 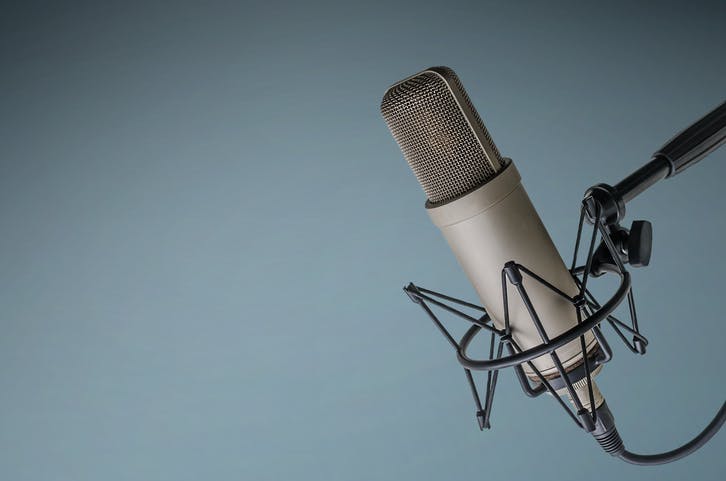 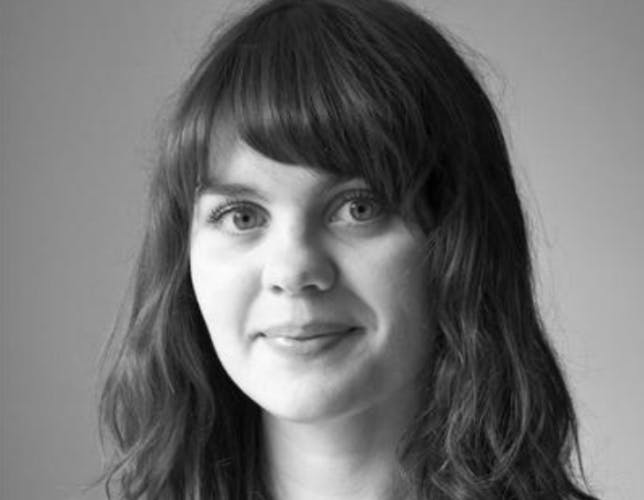 Emma Martell is Head of Social Content at Virgin Trains, and is due to speak at next month’s Festival of Marketing on ‘Harnessing the Power of Weird on Social’.