UK bookmaker William Hill found itself in some hot water, following its move to sponsor the Twitter hashtag #ItsComingHome (with a William Hill emoji) during this year’s World Cup.

I know I keep saying this but i’m actually infuriated at the fact William Hill have hijacked #itscominghome – whilst an excellent marketing ploy by whoever came up with it – we should be able to tweet it without having to advertise their company. Sort it out @Twitter! @england

Disappointing that Twitter (I assume) have sold the #itscominghome hashtag to the highest bidder, William Hill it appears. Great for them, but bad for the England fans/tweeters that would want to use what is a very obvious and popular # without promoting a betting company.

William Hill removed the hashtag, amidst the negative feedback the campaign received from the public, and in turn provided brand marketers a free lesson in thinking carefully before jumping on a bandwagon.

Nike attempts to unlock the potential of Chinese football

China is the most populous country in the world and some believe it will only be a matter of time before the nation will one day dominate the world’s most popular sport, football.

It hasn’t happened just yet, but Nike is looking to change that with its new campaign ‘Dare to Become’. Set at the 2033 World Cup, it’s a humorous yet compelling campaign that keeps you watching throughout.

Similar to Nike’s recent World Cup advert for Brazil ahead of this year’s tournament, the focus is on young Chinese footballers unlocking their potential to dominate the world of football.

Drawing elements from other campaigns Nike has executed in the past, it’s clear the sports giant is set on staking a claim in the Chinese football market and competing with arch-rivals, Adidas.

Adidas last year reported revenue in China increasing three-fold since 2010 and has pledged 50,000 Chinese sports teachers to teach children in the country the beautiful game.

Chinese President Xi Jinping informed FIFA that the country would like to host the World Cup in the near future, with 2034 touted as a potential date. We’ll check back in 16 years to see who comes out on top in this battle of the sports brandsand if Nike’s campaign was an accurate look into the future. Watch this space.

Facebook has signed an agreement with the state of Washington to prohibit advertisers from excluding specific groups from seeing ads on the platform.

A 20-month long investigation by AG (Bob) Ferguson (Washington state’s Attorney General) into the social network’s advertising platform and policy was sparked by ProPublica (a non-profit news organisation). The organisation claimed to have found evidence of advertisers on Facebook excluding ads from appearing in front of people on the basis of their race, religion and other “sensitive personal attributes”, back in October 2016.

Housing advertisers were highlighted as potential users of this feature on the ad platform. The National Fair Housing Alliance lodged a complaint against Facebook claiming that “Facebook has created a prepopulated list of demographics, behaviors, and interests that makes it possible for housing advertisers to exclude certain home seekers from ever seeing their ads”.

The investigation concluded last week with Facebook agreeing to change its ad platform, within 90-days, nationwide. Facebook’s Vice President of state and local policy Will Castleberry told The Verge  “discriminatory advertising has no place on our platform, and we’ll continue to improve our ad products”.

Let’s hope it stays that way.

Adidas teams up with Parley for the Ocean

Sports brand Adidas has recently launched a global campaign, in collaboration with marine well-being and awareness organisation Parley of the Ocean.

The campaign aims to raise awareness of the growing problem of plastic in the world’s oceans – which Green Peace estimates counts for around 12.7 million tonnes.

Adidas has made a shoe from plastic removed from the ocean, and is supporting the global event ‘Run for the Oceans’ which will see Adidas runners raise money by tracking their efforts through the sports brand apps Joyrun and Runtastic. Sponsored running events will also take place in cities across the globe.

LinkedIn roll out voice messaging on its mobile app

As of last week, LinkedIn is integrating voice messaging into it mobile app experience. The feature will give users the ability to send up to 60 seconds worth of audio messaging to their connections.

This is an interesting move from LinkedIn, which has made a string of updates to its offering in a bid to compete with social networking giant Facebook, but how useful can this new feature prove?

The company claimed on its blog, last week, that voice messaging will allow users to:

Hmmmm. It could definitely cut down back and forth messaging and make communications between people a lot easier, however, as Matthew Hughes from The Next Web pointed out in this piece it could be the perfect tool for trolls and pranksters, alike.

Since LinkedIn is a tool for connecting people in a professional setting, that you may and (in some cases) may not know, it does seem rather odd to add a feature where you can record a message about recruitment or a job listing, when emails back and forth have been sufficient in the past. Maybe this could be the future of professional comms?

Football fans in England were treated to a satisfying performance from the Mens football team at this year’s FIFA World Cup, by reaching the last four of the tournament for the first time in 18 years.

The team and Manager, Gareth Southgate, have been rightly praised for the way they conducted themselves in Russia. Including on social media.

Historically, the team have been sheltered from the media and have only used social media sparingly, in an attempt to avoid unwanted attention. This year was a little different.

And he wasn’t the only one. England center-back Harry Maguire shared these on Instagram… some of his most Liked posts ever… Social media allows for communication in real-time and the World Cup provided the perfect stage for some of the nation’s biggest stars to connect with their doting supporters back home (who ranked 3rd in the countries tweeting the most during the World Cup).

Fans and brands also got involved in the action with some funny memes and tweets, highlighting the good will on social media during the World Cup.

Here are a few stats from Meltwater showing how World Cup mad the nation became:

Reebok take us on a trip down memory lane

Another sports brand making a splash this summer is Reebok. The company rolled out a huge multichannel and experiential campaign to appeal to fans of ’90s fashion.

Working with London based creative agency La Familia for the campaign that aims to resonate with millennials and Generation Z (and hipsters of all ages), the accompanying ad has a nostalgic feel.

And it wasn’t only consigned to digital. Reebok is hosting events and workshops, promoted through its social media channels, to bring fans of the brand and its products together for a unique VR experience and an exclusive look at the Reebok Classic archive.

In a bid to ‘build trust and encourage healthy conversation’ Twitter wants to fill active users with the confidence that their follower counts are meaningful and accurate, the company announced on its blog earlier this month.

Locked accounts that weren’t validated were removed from the platform and Twitter has pledged to keep this practice going to ‘proactively identify and challenge problematic accounts’.

The move was praised by Goldman Sachs for its efforts to build ‘Information Quality’.

Others, though, have not been so complementary of the move with #twitterlockout being used to show disdain on the platform…

Can we talk about how unprofessional twitter is being? They are taking forever to email people and help get accounts back. AND the twitter support dm doesn’t work? Ummm hello I need help?!? #TwitterLockOut

DAY 1 of this hell. trying to figure a way out to get my acccount back before it’s too late. I’ve owned my account for 7 years. I’m 19 not 13. But twitter decides to lock my/our accounts because I made it 7 YEARS AGO why does it matter now??? #StopTheBirthdayBan #TwitterLockout

Here at Econsultancy we lost close to 5,000 followers following the purge. May their social media souls rest in peace.

Snap. Inc launched Snapchat’s latest program this month, ‘Snapchat Storytellers’. The pilot program is for brands that would like to be connected with some of the apps popular content creators.

This is a welcome move for the social media platform as it looks to bring brands up to speed on creating compelling and engaging content through Stories ads.

One of the in-demand content makers earmarked to partner with brands on the program is Mplatco – who has worked with the likes of T-Mobile, Major League Soccer, and NBCUniversal for its campaign for Harry Potter.

The program comes as Snap saw revenue drop substantially last quarter and user growth on Stories slowed – only growing 2.9% in the last quarter, partially due to the popularity of Instagram and WhatsApp versions of Stories.

Social media juggernaut Facebook has reported an eye-watering loss of value in its Q2 earnings report.

Between April and June the platform only added 38 million new monthly users compared. Q2 of last year and Q1 of this year saw nearly double that amount. Moreover, there was no rise in daily active users in Canada and the US, as well the GDPR induced 3 million user loss in Europe. Ouch.

It isn’t all doom and gloom for the company, however, which saw ad revenue increase by 42.3% last quarter. 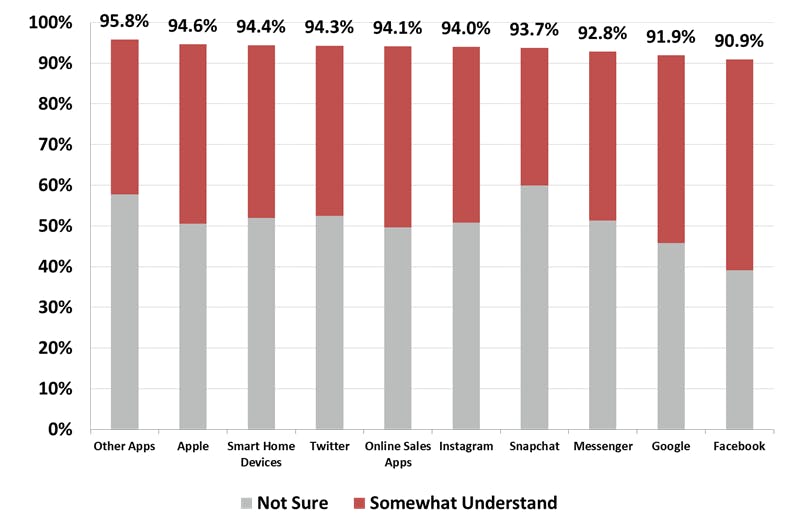 This month’s roundup include consumer attitudes to data privacy, figures that show how often Australian marketers must get sign off from their CEO, and mindblowing numbers from Pinduoduo and WeChat.