World Cup 2018 is well underway and big brands are looking for creative ways to capitalise on the genuine excitement and solidarity the global event brings. One such brand is Mastercard.

The credit card company rolled out its ‘Goals that Change Lives’ campaign in Latin America, pledging 10,000 meals to starving children – with the help of the World Food Programme.

Seems like a nice enough deal, but it comes with the slight caveat of Lionel Messi or Neymar having to score a goal (in a major international competition within the next two years) in order for the meals to be valid.

As you can imagine, this caused quite a stir amongst consumers and even football legends. Ian Wright labelled the campaign as ‘Easily the worst marketing’ he’d ever seen…

Easily the worst marketing I’ve ever seen????. This seriously got through the different levels of management, and you all said go ahead ???? https://t.co/uPbGU9VH0H

…and BT Sport presenter, Jake Humphrey highlighted the fact that Mastercard probably has the money to feed children, so why make it more complicated?

So, MasterCard clearly have the money. But the hungry, malnourished children only get the food if Messi & Neymar have a good World Cup?!?!?

Just for context, one month ago, MasterCard reported a 38% increase in revenue…to $3.5bn. https://t.co/tBE9jWfYXG

The saying goes there’s no such thing as bad PR, but it looks like Mastercard may have missed the mark with this one. The company’s heart may have been in the right place, but unfortunately the campaign didn’t invoke the enthusiasm I’m sure was intended.

Nike recreated its famous airport ad ahead of the World Cup

Nostalgia is a powerful tactic when it comes to campaigns (especially in sport) and for football fans there are very few ads as memorable as Nike’s World Cup 1998 ad:

Fast forward 20 years and Nike have teamed up with the Seleção to produce another brilliant video. With a mixture of professionals like Coutinho and Willian, children playing on pitches and in the favelas of Rio, and of course the original Ronaldo (R9 for those who know) hitting the post (again), it’s a perfect blend of nostalgia with modern digital innovation and influencer marketing.

The original didn’t have a powerful vehicle like social media to drive engagement but this one has already amassed over 18 million views, in less than a month, on YouTube alone. Exemplary of a brand that knows its audience and what content they enjoy most (hoping Nike recreate The Cage ASAP)

IGTV appears to be the social media giant’s attempt to get its hands on some of YouTube’s long-form video market share.

The app is designed for users to upload and watch long-form vertical video (up to 1hr in length). Featuring content from various Instagram ‘creators’ the app has been released both as a standalone and embedded Instagram app. Another new feature is the company new shoppable Stories. This will offer consumers the opportunity to purchase products straight from the Stories of their favourite brands, also offering brands and advertisers the opportunity to conjure up compelling narratives in their Stories to encourage conversions. Mary Meeker recently highlighted the rise in social commerce, with the trend surely set to increase with moves like this. Instagram Stories now have over 300 million daily users and Stories is growing 15 times faster than the feed.

The brand has aligned with WWE for its ‘Choose Water’ campaign.

The campaign features a series of social videos appearing on both Nestle and WWE social channels, featuring some of wrestling’s biggest names talking about the importance of staying hydrated.

The brand’s chief corporate affairs officer claims more families watch WWE together than any other sport in the U.S. (excluding NFL) which would suggest the brand is desperate to tap into the families market.

And there’s nothing like a bit of a competition to encourage sharing on social. Anyone using the hashtag #ChooseWater, with an explanation as to why they chose water over another drink, gets a chance to win a trip to WWE Summer Slam – one of the WWE’s flagship pay-per-view events.

Water keeps me at the top of my game. Tell me why you #ChooseWater over at https://t.co/eSigwaTh17 and enter for a chance to win a trip to #SummerSlam to come see the Queen… WOOOOOO! #sweepstakes #ad pic.twitter.com/ozxh60cS5W

Now available in 17 countries – including Australia, Mexico, Russia and more – YouTube has finally brought both its music and video subscription service to the UK.

YouTube Premium offers an ad-free experience for users, with content that can be downloaded and streamed on-demand. This is inclusive of YouTube Originals (shows and films that non-subscriber pay for or rent on the platform) and YouTube Music.

YouTube Music is the company’s answer to music streaming market leaders Spotify and Apple Music, and is both an app and web player for streaming and downloading your favourite songs and music videos.

Virgin Trains stand behind its Ride With Pride campaign

What’s rainbow-tastic and goes at 125mph?

Say hello to our fabulous new Pride Train and get ready to #RideWithPride all Summer long ???????????????? pic.twitter.com/CwhoRTZ0WQ

While some people voiced their disapproval on social media, it isn’t these customer comments that are worthy of note but more the company’s approach to responding to the comments. Here’s more via the Indy 100 showing Virgin’s strong stance works well on social – it’s a brand that isn’t shy of putting a customer in their place.

Paul Pogba is the most influential Premier League player

A study carried out by Pitchside recently concluded that Manchester United star Paul Pogba has overthrown Arsenal’s Mesut Ozil as the most influential Premier League footballer.

The aforementioned study also highlighted that players now hold 2.38x more power and influence than the clubs they play for. Using Instagram as the primary channel of measurement, it found that the 20 most popular Premier League footballer accounts have almost six times as many followers as all of the Premier League clubs followers combined. That’s some clout.

With players now hot real estate for brands to partner with, the Red Devils midfielder and others like him are likely to be high on the list for brands looking for new ambassadors to engage a potentially untapped market.

The Frenchman recently teamed up with Wish Shopping in an ad that plays on the star’s ‘larger than life’ social media persona:

Netflix – A Great Day in Hollywood

Netflix is keen to show its audience that behind all of the machine learning and predictive analytics, lies a considered and conscientious brand. Enter ‘A Great Day in Hollywood’.

Referencing Art Kane’s iconic 1958 photo ‘A Great Day in Harlem’, the video is a powerful statement from the company clearly wanting to reinforce its commitment to equality and the casting of black actors and actresses.

The clip brings together some of the platforms most recognisable African American performers (from shows like Stranger Things, Luke Cage, Dear White People, Top Boy and more) to deliver a profound message, likely to resonate with people of all races.

There’s been a lot of chatter recently about the role of the social media influencer and authenticity. Unilever announced it will be enforcing a ‘no fake followers’ policy, to quell influencer fraud.

Singaporean influencer, Daryl Aiden Yow (who has worked with Sony, Dyson and more), has found himself in some trouble after being exposed by Mothership. The publication set out to prove the photographer had been passing off other peoples photos as his own.

Now, although this isn’t specifically the problem that Unilever is trying to combat, it is a closely related issue and further spotlights the risks that can be taken when using influencers. When it comes to social, authenticity is key and it pays to be particularly mindful and properly check influencers when using them for marketing campaigns.

Social media was quick to have fun at Daryl’s expense… 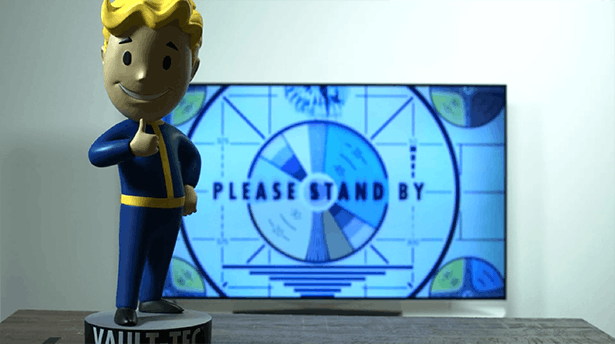 The global video game market is forecasted to reach $115.8 billion by the end of this year, and Bethesda is just one of thousands of video game developers around the world.

With so many titles clambering for attention in such a saturated market, it takes something special to truly stand out (apart from a big budget). Here’s why I think Bethesda’s latest marketing campaign does just that. 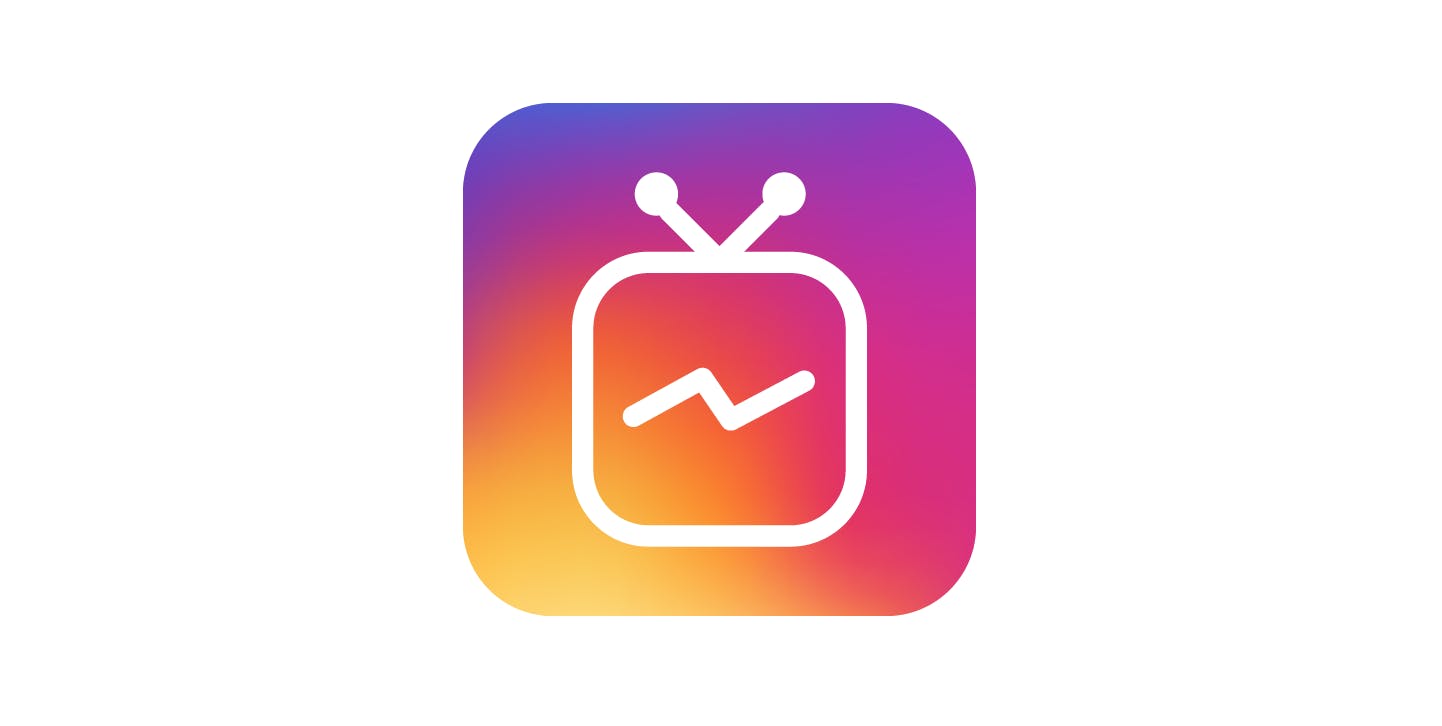 Last month, Instagram launched IGTV, a long-form, vertical video platform that is available in the Instagram app as well as a standalone IGTV app.