First founded in the US in 2011, Dollar Shave Club went on to be acquired by Unilever in 2016. Now, the razor subscription brand has launched in the UK, marking its arrival with a creative social and experiential campaign.

Dollar Shave Club launched a pop-up in Old Street station this January, offering passers-by free shaves, foosball tournaments, and live comedy. Meanwhile, the brand has also partnered with a number of social influencers to create content and hype around the launch.

Will the brand see success in the UK? We’ll have to wait and see, of course, but if the hotly anticipated UK ad matches up to the classic US version, it’ll be off to a good start.

Since 2000, Visa has been accepting athletes from around the world into its ‘Team Visa’ programme to provide the support and resources to help them achieve their sporting dreams. Ahead of this year’s Winter Olympics in Pyeongchang, Visa has launched a special campaign featuring its 2018 line-up.

The video, which is featured on Visa’s own social channels as well as the athletes involved, sees the use of various payment technology such as wearable devices and contactless technology. Involving British hopefuls Elise Christie and Billy Morgan – it marks an inspiring start to the year ahead for sport and social media. Alibaba launches first-ever brand campaign

#PyeongChang2018 is just 24 days away, and I’m stoked to join the rest of the members of #TeamVisa @Visa pic.twitter.com/c2zMIq0wnE

Another brand that has been celebrating the world of sport this January is Alibaba, which has marked the start of its eleven-year Olympic sponsorship with it’s first ever brand campaign.

Running on social and TV in the UK, US, Japan and China, the ‘to the greatness of small’ campaign celebrates sporting underdogs – which also serves to highlight the ecommerce brand’s support of small businesses.

Thanks to its success in China, Alibaba is the largest online and mobile commerce company in world. With its Olympic partnership, it is evidently hoping to expand its global reach, capitalising on the opportunity to engage through sport and empowering storytelling.

Bladder weakness isn’t exactly the sort of thing you want to shout about, but the latest social media campaign from Tena intends to make the topic less taboo. With the aim of driving downloads of its ‘My Pelvic Floor’ fitness app, the campaign involves videos asking viewers to ‘squeeze along’ – demonstrating how simple it is to strengthen your pelvic floor muscles.

With many women unsure or unaware of how to do the exercises, the videos are a particularly clever way to educate viewers as well as drive downloads of the Tena app.

The Super Bowl is a much-talked event on social media every year, with most of the conversation relating to the best halftime ads. At the end of January, Twitter announced that it will be hosting #BrandBowl in conjunction – a competition for the best social and TV ads from the Super Bowl.

The contest will recognise different categories, including an award for the highest percentage of tweets related to a brand during the game, an award for the brand with the highest tweets per minute, as well as one for the highest number of retweets. Meanwhile, the #Interception award will recognise the TV ad that generates the most conversion on Twitter. The winners will reportedly win rewards in the form of Twitter ads and greater consumer reach.

Can't wait to see new commercials as they're released during the big game?

Retweet to subscribe for updates throughout the game on February 4th and catch all the #BrandBowl52 advertiser spots from @TwitterMktg. pic.twitter.com/wDb50gPCet

Snapchat has made it possible for people to share content found on its platform on third party sites and blogs. Currently, the type of Stories available to share (via a link) include selected content in the Discover tab, as well as Search Stories.

The motivation behind the move is likely to be Snapchat’s stalling growth, with the platform adding a disappointing 4.5m users in Q 2017 to reach 178m daily users. To put this into perspective, Instagram now has 500m daily users.

However, now that users can share Snapchat Stories elsewhere, it means that people who aren’t already on the platform might be more inclined to give it a go. Meanwhile, third-party brands and publishers will be able to incorporate Stories into their content (much like embedded Tweets or Facebook posts). 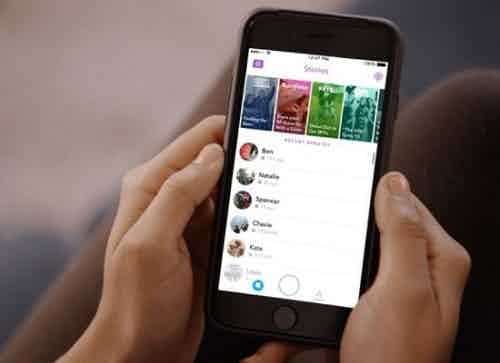 ABTA – the leading association of travel agents and tour operators in the UK – launched a campaign on Boxing Day to highlight why holidaymakers should book with an ABTA member throughout January.

Called ‘Travel with Confidence’, the campaign taps into the social media trend of taking ‘foot selfies’ while abroad in order to demonstrate the wide range of destinations from ABTA brands. Alongside this, it has also been promoting the hashtag #beABTAsmart, and a competition giving social media users the chance to win prizes.

Get fitter and #beABTAsmart in 2018 by entering our Travel with Confidence #Competition to #Win a #FitBit Alta HR. #Getin! https://t.co/hyYKhgqzQ4 pic.twitter.com/Tob5Pz2gCj

Towards the end of January, WhatsApp announced the launch of the WhatsApp Business app in select countries including the UK, US, Italy, and Indonesia. The app (which is free to use) acts much like a Facebook page for small businesses, allowing them create a presence on the channel and use it to connect and communicate with customers.

The app offers specific messaging tools, such as ‘quick replies’ and ‘away messages’ to make customer service as easy and as accessible as possible. 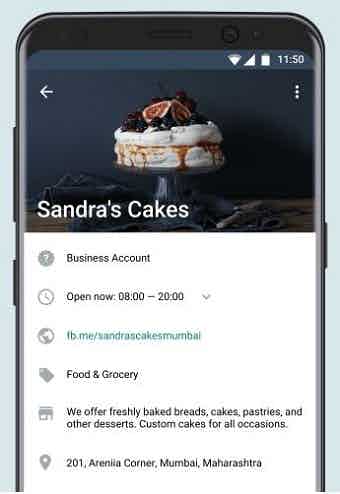 The #MeToo movement trundles on

Hashtags don’t often stay relevant for very long, but the #MeToo movement – which is used on social media to demonstrate the prevalence of sexual assault and harassment – has continued trending throughout January. This has been largely due to allegations against comedian Aziz Ansari, as well as a story called ‘Cat Person’ published by the New York Times – both fuelling the debate around consent and sexual boundaries.

Meanwhile, the prevalence of #MeToo has spurred on #TimesUp – a movement led by 300 high-profile women to end discrimination, pay disparity, and harassment in Hollywood. 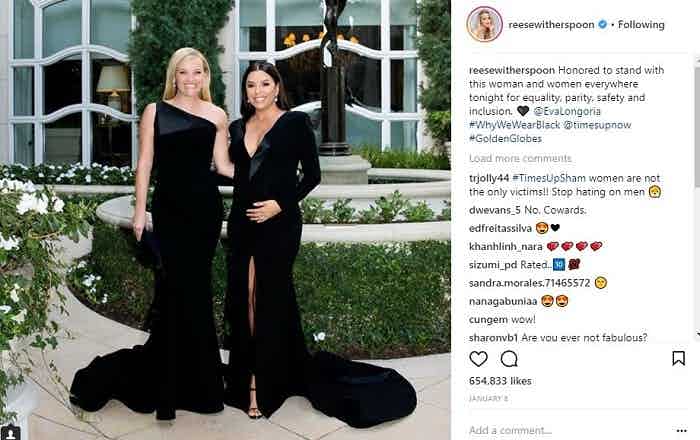 At the start of the month, Facebook announced that it would be changing its News Feed to prioritise posts from friends and family rather than news and other public content. Up until now, the algorithm has focused on surfacing ‘relevant’ content, based on ‘likes’ and other forms of engagement. That’s all set to change, as Facebook will now concentrate on meaningful interactions between people.

So, what does this mean for brands and publishers? Despite the strong probability of a short-term hit to traffic, the general consensus appears to be that the changes will lead to better, more quality content over time. With the goal of changing user behaviour from passive scrolling to active and socially meaningful experiences – it could mean greater engagement for brands in the long run.

YouTube also kicked off the year with a platform update – and it comes on the back of recent controversy over inappropriate content. With big brands increasingly concerned about advertising appearing alongside unsavoury and offensive videos, YouTube has taken steps to prevent shady characters from taking advantage of the platform’s monetisation opportunities.

Now, YouTube creators will be required to have at least 1,000 subscribers and 4,000 hours of videos watched in the past 12 months before they can place ads on their content. Meanwhile, YouTube has also announced that it will employ more moderators to manually monitor and flag up dangerous content, signalling a greater emphasis on safety and control on the platform.

We've made updates to the YouTube Partner Program to strengthen our community & prevent impersonators + spammers from harming our platform.

We understand this affects many channels, but believe it's necessary to protect our creators.

For the full update https://t.co/phnMnAHDaD