Remember, if you need help with your organisation’s social output, Econsultancy has a best practice guide (for both organic and paid social), as well as excellent training courses.

To celebrate Nike’s #AirMaxDay on 26th March, the Oregon based company teamed up with HQ Trivia, sponsoring one of their quizzes. For those unfamiliar with HQ Trivia, the app and trivia game lets people put their knowledge to the test in twice daily quizzes for the chance to win a cash jackpot.

Nike became one of the app’s first corporate sponsors giving away $100,000 dollars in a sponsored round of the game. In addition to this, the sporting brand also provided something HQ told MacRumours “money can’t buy” – a limited edition, HQ inspired, pair of Air Max 270 trainers. There were four lucky winners, each winning a share of the jackpot and a pair of the one-off Nike sports shoes.

The quiz was promoted on both brand’s social media accounts and, most tellingly for HQ, it looks like there are plenty more partnerships in the offing –  a $250,000 game has since been promoted in partnership with the upcoming Steven Speilberg film Ready Player One.

Unless you’ve been living under a rock for the past two months you wouldn’t have been able to escape the fan-fair and excitement surrounding the latest offering from the Marvel Cinematic Universe (MCU), Black Panther.

The movie has garnered over 35 million tweets, making it the most tweeted about movie ever. All of the social media buzz provided some great word of mouth marketing and helped to make it not only Marvel’s globally highest-grossing non-Avengers movie of all-time but also the highest-grossing superhero movie ever in the US, besting the benchmark set by Avengers Assemble back in 2012.

Almost two years since the social media platform changed its algorithm to display the most relevant content for its users higher up their news feed, they’ve decided it may be time for a refresh.

With emphasis being placed on user’s feedback, the Facebook owned media-sharing app is keen to listen to the masses and tweak their algorithm to display newer posts at the top of the feed negating loathsome regenerated content that may have already been viewed.

This isn’t the only change as Instagram is also planning to introduce a “New Posts” button which will allow users to choose when their feed is refreshed. Two welcome changes, I’m sure! 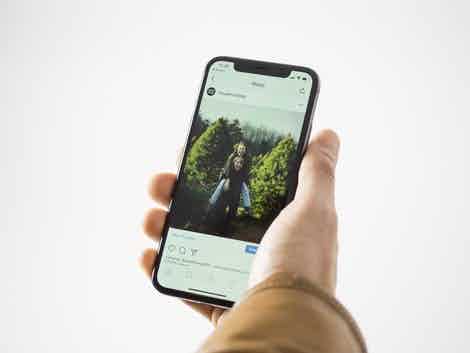 YouTubeTV to present the NBA, WNBA and G League finals

The NBA finals is one of the most anticipated and widely watched sporting events of the year and every time June rolls around, sponsors and potential partners lick their lips at the thought of getting their brand, product and messaging in front of so many eyes (games averaging 20.4 million viewers in the finals last year and peaking at 29.5 million in the series-clinching game five win for the Warriors).

As of this month, YouTube TV – the platform’s over-the-top TV subscription service – announced that it will be teaming up with the NBA Finals as their presenting partner, on a multi-year deal.

What does being the presenting partner entail? Under the deal, YouTube TV will have “Presented by YouTube TV” featured both on the court, in the arena and during all NBA Finals games. That’s in addition to their branding being featured on the NBA’s social media and digital channels.

This presents a great opportunity for both brands to get in front of as many eyes as possible with the NBA, America’s fast growing professional sports league, and YouTube TV, one of America’s fastest growing over-the-top TV subscriptions, joining forces to give the fans what they want. 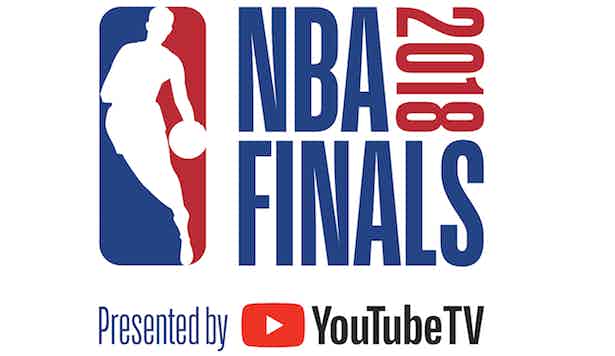 Facebook made headlines this month following reports of the Cambridge Analytica data breach with a few brands deciding to pull advertising on the social media platform.

Mozilla Corp., Commerzbank, Sonos and Pep Boys all announced that they would be suspending their advertising campaigns on the social network.

Sonos made the announcement in a bid to join those boycotting the social platforms to “build a healthier, more consumer-friendly tech ecosystem”. To reaffirm the company’s stance, they will also be making a donation to Access Now’s conference RightsCon – a forum they believe enables “solutions that can help forge a healthier technology ecosystem that works for everyone”

For international women’s day this year, KFC Malaysia changed the figurehead of their logo from the world famous Colonel Sauders to Claudia Sanders on all of their social media platforms for the day.

The aim of the exercise was to celebrate the women that work in the fast food chain, both at their outlets and head office.

KFC weren’t alone, plenty of other brands got involved.

Union Hand-Roasted Coffee, an East London based coffee business, are helping women on an international level by providing support in places like Rwanda and Guatemala, to ensure female workers get access to equal ownership and employment conditions. Sourcing and sustainability manager Pascale Schuit told Marketing Week “International Women’s Day gives us the opportunity to reflect on the many women who make Union Hand-Roasted Coffee a reality, and on the true impact Union has had at origin.”

Vodafone also joined in on the day with a short film to raise the issue of gender stereotypes. The company recently joined other big brands like Coca-Cola and Unilever to be a part of the UN Women Unstereotype Alliance, whose aim is to eliminate gender bias and harmful stereotypes in advertising.

Zlatan makes a splash in LA

Manchester United fans said adjö (Swedish for goodbye) to the self-proclaimed King of Football, Zlatan Ibrahimovic last week with mixed emotions. He had only been at the club for just over a season and a half but within that time won three major trophies and bagged a handful of goals, near enough immortalising him as club cult legend.

But all good things tend to come to an end and the former red devils striker has made the move to America to join MLS club LA Galaxy – following in the footsteps of past Premier League legends Robbie Keane, Steven Gerrard and David Beckham

To promote their new player, LA Galaxy used a mixture of print, in the form of an eye-catching front cover and a full page advert reading “Dear Los Angeles, Welcome to Zlatan” in the Los Angeles Times, promotional videos both on the LA Galaxy and Major League Soccer YouTube channels and a series of social media posts announcing the arrival their newest acquisition.

Essentially, you would not have been able to miss the news, even if you wanted to. He even got the billboard treatment, showing the impact of print and out-of-home in local campaigns.

Trainline teamed up with Big Shaq for latest advertising campaign

The digital rail platform Trainline have been innovating with new UX for the past few years and are making strides to provide a best-in-class experience for their customers.

To promote their new voice-app, Trainline has teamed up with ‘Man’s Not Hot’ artist Big Shaq (portrayed by comedian Michael Dapaah) to produce a hilarious advert. The advert features the social influencer and YouTube star rapping at the voice-app which then responds with travel information in the form of rhymes.

This is a really nice bit of content, using a relevant and budding young entertainer to engage a slightly younger audience, and has already amassed 1.4million views on the company’s YouTube channel, since its release on 6th March.

WWF marked their 2018 Earth Hour (the world’s largest grassroots movement for the environment) with a range of social events and demonstrations around the world.

One of their more notable efforts was in Singapore where Singaporeans were asked to support the Earth Day movement by using the hashtag #uselessplastic on any social media post which showed them making an effort to reduce the amount of plastic they used.

With WWF reporting that the average Singaporean uses 13 plastic bags a day, amounting to 27 billion plastic bags every year, the NGO is seeking to use the power of social media to make a difference at scale.

Got no plans for tonight? Join 10 of Singapore’s best local acts like Dru Chen, Jack & Rai and the Jukuleles as they take the stage in support of #uselessplastic.
Find out the concert lineup here: https://t.co/ngfL86JRh6 pic.twitter.com/svn8Jdne2W

TotallyAwesome, Australia’s largest kid-safe and compliant digital platform, have created an incubator for kids up to the age of 13 to create, share and express their creativity.

With pressure mounting to keep children safe online, the company is set on teaching kids (and future social influencers) how to use and interact with social platforms such as YouTube to create content safely.

Jeremy Carr, commercial director for the Asia-Pacific region at TotallyAwesome, told B&T that the mission of the ‘TotallyAwesome Squad’ is simple – “create great digital content for this generation of kids which is truly authentic and relevant.”

TotallyAwesome Squad will run on the child-friendly social content platform PopJam and is currently only available in Australia, with plans to expand throughout Southeast Asia. 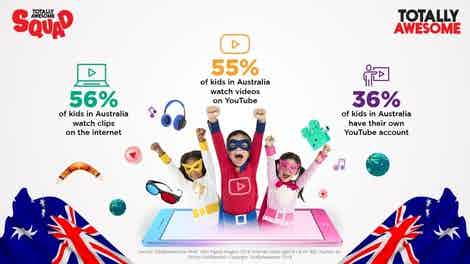 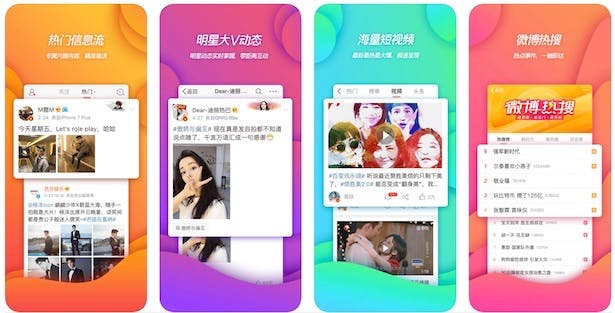 With the largest middle class in the world, China is an attractive market for Western brands. However, brands face various challenges marketing in this dynamic and fast-changing market.

China has a unique digital landscape, consumers have distinctive purchasing behaviours and there’s intense competition between homegrown and foreign brands. 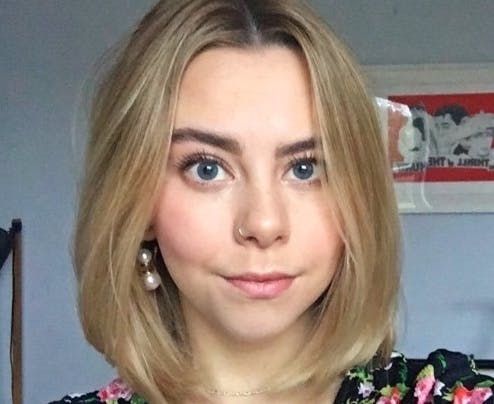 What exactly does a social media manager do?

We caught up with Pippa Bugg, social media manager at Oasis Fashion, to find out just that. Here’s a glimpse into her typical working day. 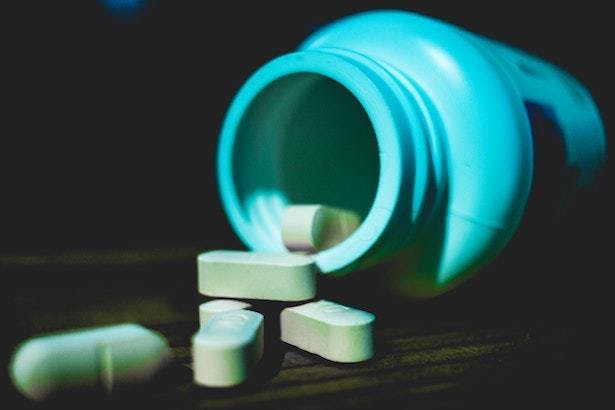 Pharma use of social media is maturing as companies get more savvy about how they use social channels.

For its fourth-annual Social Check-up, Ogilvy Healthworld partnered with social data firm Pulsar and looked at the social activity of 20 leading pharma companies in the 11 months between January and December 2017.