Let’s get into it!

Affecting the lives of so many people, cancer is an illness that can sometime be hard to talk about.

Charity and movement Movember Foundation this month turned to IGTV to launch its new docu-series on prostate and testicular cancer. Exclusive to the platform, the videos document to the stories of men living with, or survivors of, the diseases – highlighting how they dealt with it and tried to maintain a positive outlook throughout their individual battles.

The charity is the first to create an official docu-series on IGTV.

Lush educates consumers on the effect of single-use plastic

For four weeks, from Tuesday 14th August, Lush will be opening its #carrythecup vegan pop-up coffee shops in-store, with the aim to not only educate shoppers about the impact of plastic on the environment but also turn them into change advocates.

Love Coffee? We have you covered! Just head on down to our Lush studio Soho with your keep cup in tow, for a free coffee this morning! #CarryTheCup pic.twitter.com/DC4S3euIyb

By inviting shoppers in-store for a free cup of coffee (if they bring their own reusable cup), it enables the Lush staff and other shoppers to have meaningful conversations about the effect of plastic waste and to try and drive this change in behaviour first hand. Another benefit of having this in-store is it allows Lush to also capitalise on the UGC (user-generated content) shared on social media.

if you’re in soho then pop into the @LushLtd coffee shop with a reusable cup for free cawwwwwffee or tea ☕️???????????? #carrythecup (or you can pick up the reusable cup that they’re selling in store) pic.twitter.com/BgjyR1ySQ3

Lush has become a brand synonymous with having a strong cause or purpose. Recently the retailers Spycops campaign was met with mixed reviews. Some hailing it as brave and bold, and others, like Marketing Week columnist Mark Ritson questioning its plausibility as a purposeful campaign.

With the UK using 2.5 billion coffee cups each year, and less than 1% of them being recycled due to the plastic coating, this is a purpose-driven campaign that everyone can get behind.

Olay has launched a multi-channel campaign with the aim of dispelling the notion that today’s women are “too” anything. The purpose-led campaign will harness the power of influencer marketing by enlisting the services of 10 hand-picked and diverse influencers – including USA Olympian Aly Raisman and model Jillian Mercado, amongst others.

In addition to the social media, digital advertising, and the OOH advertising elements of the campaign, the push will also look at print with the 10 influencers to be featured in next month’s Vogue magazine, across a 10-page spread. The spread will detail each individual and their personal plight against what they are perceived as “too” much of (e.g. emotional, ambitious…), and explain how they’ve tackled a specific challenge in their lives.

I‘m not too outspoken, too vulnerable, driven, defiant, or ambitious, strong, too confident, or even too different! All this makes me who I am and I’m sure you have had that told to you too. Well, it stops now. Never let… https://t.co/BNCvTPidcT @OlaySkin pic.twitter.com/8ZJC7gO7cu

Aside from the social chatter that this initiative is likely to garner – through the influencers, and Olay customers – the multi-pronged approach to this campaign is definitely worth commending.

Mixing new digital platforms like social, as well as older methods of advertising like New York Time Square billboards, and a Vogue magazine spread (both synonymous with beauty), Olay is not only clear in the message of the campaign but the methods to which it will distribute it – mixing the old, with the new to empower women of all ages, creeds and ethnicities.

Facebook and La Liga announced a deal to show all 380 annual La Liga matches to Facebook users in populous Asian countries like India, Bangladesh, Pakistan and Sri Lanka, for the next three seasons.

With 348 million Facebook users in the Indian sub-continent, that’s a lot of extra eyes that could be watching La Liga football and, from an advertising perspective, a lot of potential consumers to get messaging in front of if Facebook decides to roll out adverts during match coverage.

Facebook’s Director of Global Live Sports, Peter Hutton told Reuters there will be no adverts to begin with on these streams, but mentioned Facebook has trialled ads in live streams in the US and this may be replicated in time on the La Liga coverage.

In the interim, this is a good move by La Liga in a bid to globalise its offering and compete with the Premier League, which is 86% larger than La Liga in terms of revenue.

Facebook Watch is going global. Having been initially rolled out in the US, last year, the social media giant described the move, in a recent press release as “giving people around the world a new way to discover great videos and interact with friends, creators and other fans.” But what does the platform have to offer users? For the uninitiated, here’s a brief run down:

With Amazon Prime and Netflix controlling the lion’s share of the market, Facebook’s move to bring Watch to the global market is a clear indication of the gauntlet being thrown down, and head-to-head competition with the aforementioned digital streaming platforms no longer deemed avoidable.

Aligned to Facebook’s current model, this platform will be reliant on ads to subsidise the it, with publishers given the opportunity to feature advert breaks during programming – the revenue split will be 55% to the creators, and 45% to Facebook.

European Champions partner with Parley for the Oceans

Real Madrid has partnered with Parley for the Oceans to produce the Spanish footballing side’s third kit for the 2018/19 season.

Pink like the coral in the oceans, the collaborative strip, produced by Adidas and made from Parley Ocean Plastic, was designed and marketed to raise awareness for the plastic pollution in the world’s oceans, which Greenpeace estimates to be at 12.7 million tonnes.

Los Blancos are the second biggest team in the world in terms of revenue, are current holders of the Champions League and have one of the largest followings in world football, so this is another bold move by the maritime charity, steadfast in its aim of eradicating plastic pollution and getting its message in front of as many people as possible.

Through the use of popular Real Madrid players like Marcelo and Gareth Bale, this is a good piece of shareable content on social. A study carried out by Pitchside recently concluded that players now hold 2.38x more power and influence than the clubs they play for on social, so it’s no surprise to see the club’s stars heavily featured.

This follows a story that I covered in last month’s social roundup, which saw Adidas and Parley for the Oceans produce running shoes made from recycled ocean plastics, and host sponsored running events in major cities across the globe.

Throughout August and September the organisation will be showing a short film in cinemas, and on social media in an effort to raise awareness of the detrimental effect of palm oil deforestation.

Using a clever story highlighting the destruction of the orangutans’ natural habitat, and shedding light on the sheer quantity and range of products containing palm-oil – about half of all packaged products sold in the supermarket. Greenpeace aims to play on viewer emotion by using a visually compelling cartoon and by unearthing scary statistics, to propel people into action.

The organisation has also benefited from some celebrity endorsements on social as well, to not only spark the conversation but, ultimately, make a change through the power of social sharing.

There's a Rang-tan in my bedroom and I don't know what to do…but the answer is here https://t.co/nqpjzHudf9 Watch to the end to be inspired and please help #SaveRangTan #DropDirtyPalmOil

Sure teams up with Chelsea, City and Everton to provide real-time social content

Premier League clubs, Chelsea, Everton and Manchester City have all partnered with Sure (also known as Rexona) ahead of this year’s football season. This season’s deal is a continuation of the partnership the brand already had with Chelsea and Everton, which saw a multi-channel campaign based on ‘money can’t buy experiences’.

RT if you think Richarlison will lead the Toffees to victory! pic.twitter.com/e6i30QcPpv

As new partner of @ManCity, we've giving away 2 tickets for this weekend's fixture against @htafcdotcom.

As the above would suggest, the official partnership sees the brand delivering social content, relating to the three clubs and their fixtures, in real-time. In addition to the social coverage, Sure is working closely with the clubs to also provide football fans with promotions and giveaways – in the form of free tickets, stadium tours, meet-and-greets, and more.

As well as a perceived increase in positive sentiment amongst fans, Rexona’s global brand vice president spoke to Chelsea’s “international appeal,” which “gives a fantastic platform to reach Rexona’s global target audience, for whom football is a key passion point”. 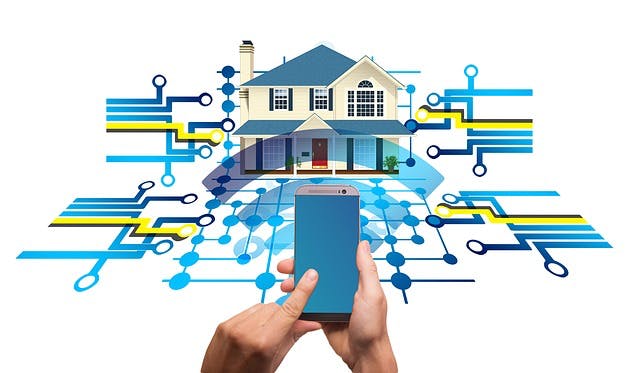 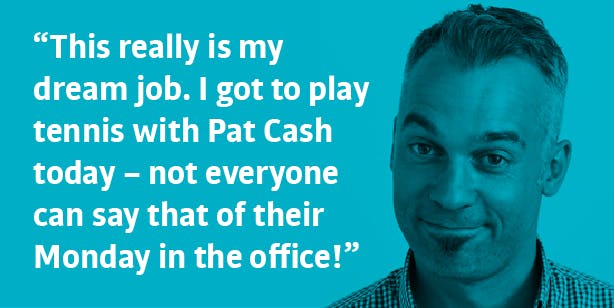