For the first month of 2021, we’ve got campaigns from not one but two UK charities and creative work from the likes of Ikea, as well as some striking statistics on TikTok usage in 2020.

The average amount of time spent on the TikTok app among its UK users, per month, has nearly doubled between 2019 and 2020, according to analysis from App Annie. On Android devices alone, monthly average hours increased from 11 to 19.9, vastly outpacing Facebook’s 16.6 hours across 2020 and cementing its place as one of the most rapidly growing apps for engagement.

While almost every app in every market saw an increase in usage last year, thanks to the pandemic, the unprecedented popularity of TikTok has seen the growth of all other social media apps pale in comparison – Instagram recorded just an 8-hour average per month.

The report also claims that TikTok is due to surpass 1.2 billion active users by the end of 2021, having been the most downloaded app of 2020 in all major North and South American regions, as well as China, Australia, Germany and the UK.

This is big news for the Chinese app, which has faced huge controversy and several (attempted and successful) bans over the past year – we’ve already seen its format being imitated by rival social platforms and its influence is likely to continue in the years to come.

The British Red Cross has partnered with TikTok to provide its users with useful first aid advice. Setting up a dedicated account named FirstAidToolkit, the charity hopes to spread lifesaving guidance, having already garnered a larger following on TikTok than on any other social channel it uses.

The bitesize tips are explained and performed by some of the most popular and influential doctors on the platform, including Dr Karan Raj, Dr Julie Smith and Love Island’s Dr Alex George. Some of these videos have been rolled out as ads which display when the app is first opened, or when a user is scrolling through their For You Page, in order to increase reach.

The campaign forms part of TikTok’s #LearnOnTikTok programme which was launched in 2020 as a way of helping bring educational content into the spotlight, particularly to benefit its younger audience.

So far, the FirstAidToolkit account has 30k followers on the app since it posted its first video on 14th January.

Macmillan – Whatever It Takes

Macmillan Cancer Support have teamed up with creative agency AMV BBDO to produce its latest ad campaign ‘Whatever It Takes’ which is being rolled out across a multitude of platforms including social media, TV and digital.

The campaign is fronted by a short film entitled’ Tender yet Tough’ to highlight the highs and lows that cancer patients, as well as their friends and family, go through on their journey battling the deadly disease. Featuring a mixture of uplifting moments, such as health workers helping to entertain patients in a children’s ward and a family connecting with their dad over a video call from hospital, and much harder moments, the campaign is a masterpiece that’s incredibly moving and at the same time very hopeful.

Tender yet Tough first appeared during an ad break on the popular TV talent show The Voice and has since been posted on the charity’s social channels. So far, it has acquired nearly 43,000 views on Instagram.

We do whatever it takes to help people living with cancer.

Today we're very proud to share our new campaign with you. Please be aware that this film depicts cancer experiences which some people may find difficult to watch. pic.twitter.com/NI6oSu0qSr

Ikea has kicked off the new year with a fresh campaign it has called ‘Fortune Favours the Frugal’. Questions have been raised in the past about the sustainability of purchasing Ikea products, something which the brand has taken on board and tackled in a number of prior advertising campaigns – and this one is no different.

This ad has featured across TV, social and digital and presents a giant ball of litter hurtling towards Earth in between shots of various environmentally friendly products Ikea has to offer, all contributing to making the ball of litter incrementally smaller. The contrast between clips of everyday life and the vastness of space underlines the importance of how little changes can have a huge overall impact on the environment, making for an effective and positive campaign.

In its continued efforts to promote and support its creators, TikTok introduced the Creator Portal this month, which it describes as ‘an online hub on TikTok.com filled with educational resources for creators to learn the basics of getting started on TikTok, connecting with their audience, and cultivating best practices to bring their videos to the next level.’

For more well-established creators, there will also be a series of in-depth articles and tutorials explaining how to interpret new trends, how to use music more effectively and how to use advanced effects in their videos.

So far, content on the Portal has been divided into six different categories which focus on areas such as content strategy, creation essentials and how to stay within the community guidelines.

The new tool should help new and seasoned TikTokers alike to be in with a fighting chance of going viral or creating a new trend (and getting recognition and remuneration for that).

Facebook has begun rolling out a new News tab on its UK app, which will collate headlines from the country’s leading journalists and news publications (both local and national). So far, its UK partners include the FT, The Telegraph, Channel 4 News, Sky News, The Guardian and The Economist.

Facebook has said that its updated News tab ‘puts original journalism in front of new audiences and provides publishers with more advertising and subscription opportunities’, as part of its wider aim to become a reliable, go-to source for daily news across the globe.

Users in the UK will now be able to see the day’s biggest headlines, as well as personalised stories based on their interests. The tab will also be divided into sections, such as sports and entertainment, so that they can dive more deeply into these particular areas. Upgraded controls will allow users to hide content about certain topics or from specific publishers.

In a press release, the UK Department of Health announced the release of its latest Covid-19 campaign, which will be distributed across social, digital, TV and OOH. The series of ads, described as ‘emotive’ and ‘hard-hitting’, looks to impress upon the UK population how serious the second wave of the virus has become and urges them to stay at home.

It also appears to promote a renewed resolve for the nation, whose mood has become increasingly fatigued from extended lockdown restrictions – many have admitted to breaking at least some of the rules set in place this winter to maintain a downward trend of infection.

‘Everyone across the UK is being asked “Can you look them in the eyes and tell them you’re helping by staying at home?”’ the UK government has said on its website, ‘… The new campaign features raw footage and testimonials from patients who have COVID-19, as well as the NHS staff who are working around the clock to look after them at Basingstoke and North Hampshire Hospital.’

On social, the ads will show high-res, graphic imagery and video of Covid-19 patients with oxygen masks, as well as key workers wearing PPE, with direct rhetoric questions about the compliance of the person viewing it. While some have praised the campaign, others argue that it will cause more division and finger pointing amongst the public at a time when, more than ever, a sense of community is needed.

Our NHS is under increasing pressure from #COVID19.

Hear from real frontline staff and patients on what #COVID19 is really like????

Please #StayHome and do not go out unless you have to. pic.twitter.com/40LfkzQejL

Back in autumn 2020, TikTok users professed their love for the 2007 Disney Pixar animation Ratatouille. So much so, that it soon became one of the largest trending topics on the social app, acquiring more than 1 billion views on its hashtag.

In November, one user, Emily Jacobsen (@e_jaccs), uploaded her own comedic song about Remy the rat, prompting others to envision a full-blown musical based around the movie, and thus the #ratatouillemusical hashtag was born. The trend saw everyone from prop and set designers to marketers add their own ideas for the musical, which was then just a pipedream… until TikTok itself took notice.

User uploads with the hashtag have been collated by the official account for the musical (@ratatousicalmusical) and in January, the show came to life thanks to the social platform and its users.

The result, aired virtually on January 1st, proved just how UGC can be used to bring social media communities together for a great cause – more than $2 million was raised for The Actors Fund from ticket sales via TodayTix – and it showcased the very best creative talent from TikTokers around the world.

@ratatousicalmusicalHave you learned the choreo to “Rat’s Way of Life” by @blakeyrouse , performed by @adamlambert and the queens of @sixthemusical ? #RatatouilleMusical♬ original sound – Ratatouille The TikTok Musical 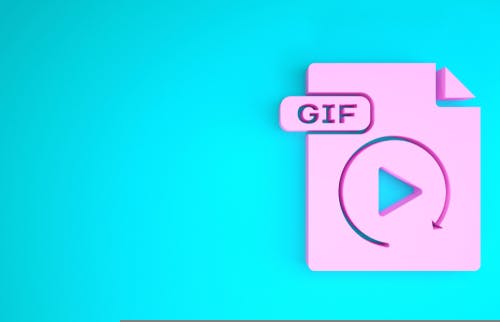 The GIF is still seeing a surge in popularity with the rise of emojis, memes and stickers. And while its cousin, short-form video, is having its time in the spotlight thanks to the rise of TikTok, GIFs remain nonetheless a very viable and popular alternative for brands looking to quickly convey messages. The relatively recent […] 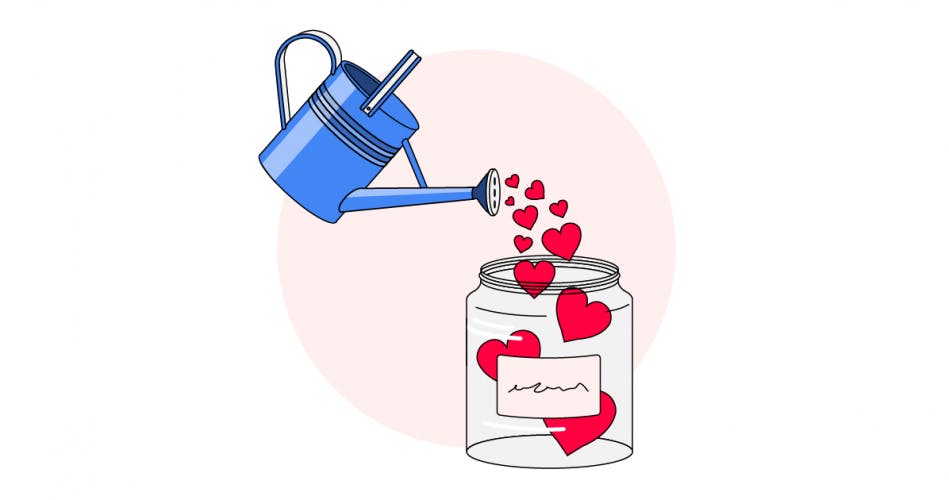