Playing on the phrase haute couture, the campaign attempts to take a humorous shot at the the world of high fashion snobbery. Diesel encourages consumers to join the movement and shop the new collection because ‘The more hate you wear, the less you care’.

The collection includes collaborations with influencers including Gucci Mane, Bella Thorne and Nicki Minaj. The garments themselves are made unique by the bold phrases that cover them – taken from the worst insults each influencer has received on social media – drawing some similarities to Olay’s Face Anything campaign, that we covered in August’s social roundup. 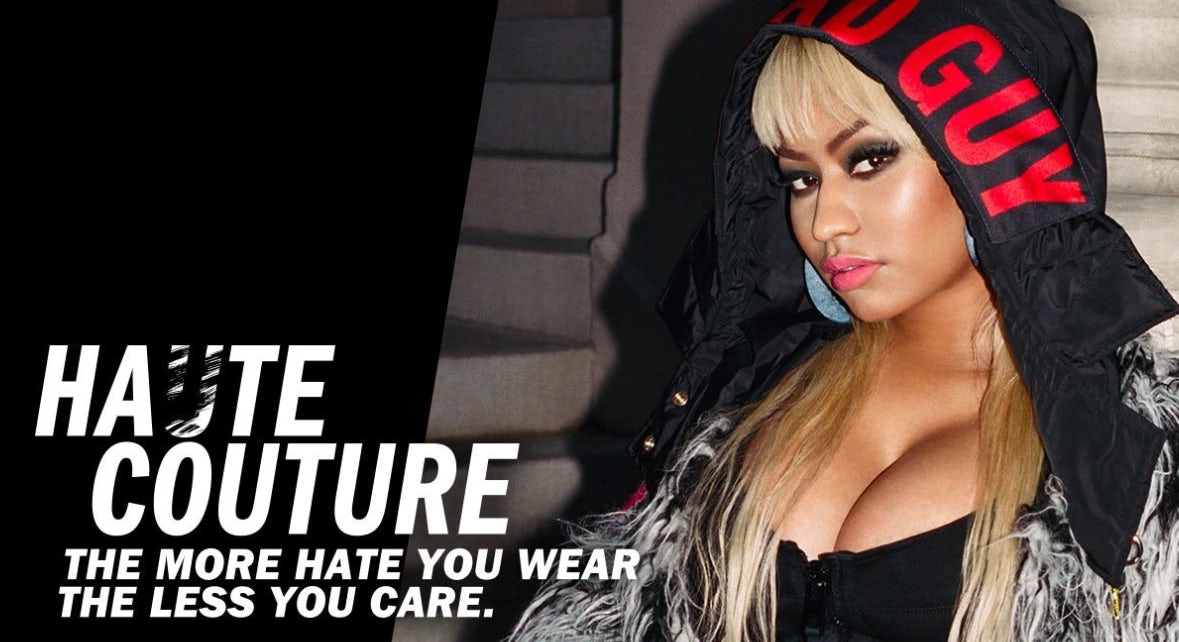 The campaign is quite clever in so much that it uses social media as both the catalyst for the creative aspect of the collection – using the hate people receive online, and flipping its meaning – and also as the channel to distribute the campaign, and create the conversations necessary to spark change.

What Diesel probably didn’t envisage – or perhaps did and ignored the red flags – was the backlash it would receive for using Nicki Minaj as a poster child for online anti-bullying.

Great way to stop cyber bullying by having the face of cyber bullying be part of the campaign. lol in time they will see how this hurts there brand. Good doesn't like ugly.

And the above is just one of the many tweets using this opportunity to call out the fashion brand for not only using the controversial star for commercial gain, but for the general hypocrisy of using an influencer in the midst of a cyber-bullying scandal herself.

Minaj has been in the headlines recently, due to her conduct on social media in the lead up to (and beyond) the release of her latest studio album Queen. One such outburst surrounded an alleged unsavoury exchange with Wanna Thompson, a journalist that criticised the rapper’s album and who claims Minaj got her fired from her internship.

This campaign serves as a lesson for brands looking to establish partnerships with influencers for campaigns. With a lot of emphasis now placed on brands aligning their purpose with the right influencers to create authentic, compelling campaigns, it appears Diesel may have missed the mark slightly. That hasn’t stopped the brand from defending its decision on Twitter though…

Our enemy is hate, not haters.

Snapchat partners with Amazon to roll out visual search

This month, Snapchat announced that it will be rolling out visual search to some of its users in the US.

The new visual search tool will enable Snapchat cameras with Amazon product search. By pointing the camera at a physical product or barcode an Amazon card will appear on screen, giving users the option to browse the product on the ecommerce site or app – where users can complete the purchase.

This presents an opportunity for retailers using Amazon to sell their products, and Snapchat to prove its commercial value.

The new feature could give the business a well needed boost, from both Snapchatters and advertisers, in a quarter that saw it lose three million daily users and $353 million (USD). Closest rivals Instagram reached 1 billion users back in June.

As well as surpassing the 250 million monthly active users mark in September, Pinterest has also decided to open up its content marketing APIs to third party influencer marketing platforms.

The change means that now businesses can gain insight into key stats like Pinterest followers, click throughs, saves and impressions from the platform. In addition to the transparency it provides brands looking to Pinterest for partners, it gives influencers on the platform the ability to show their worth by sharing the aforementioned metrics. 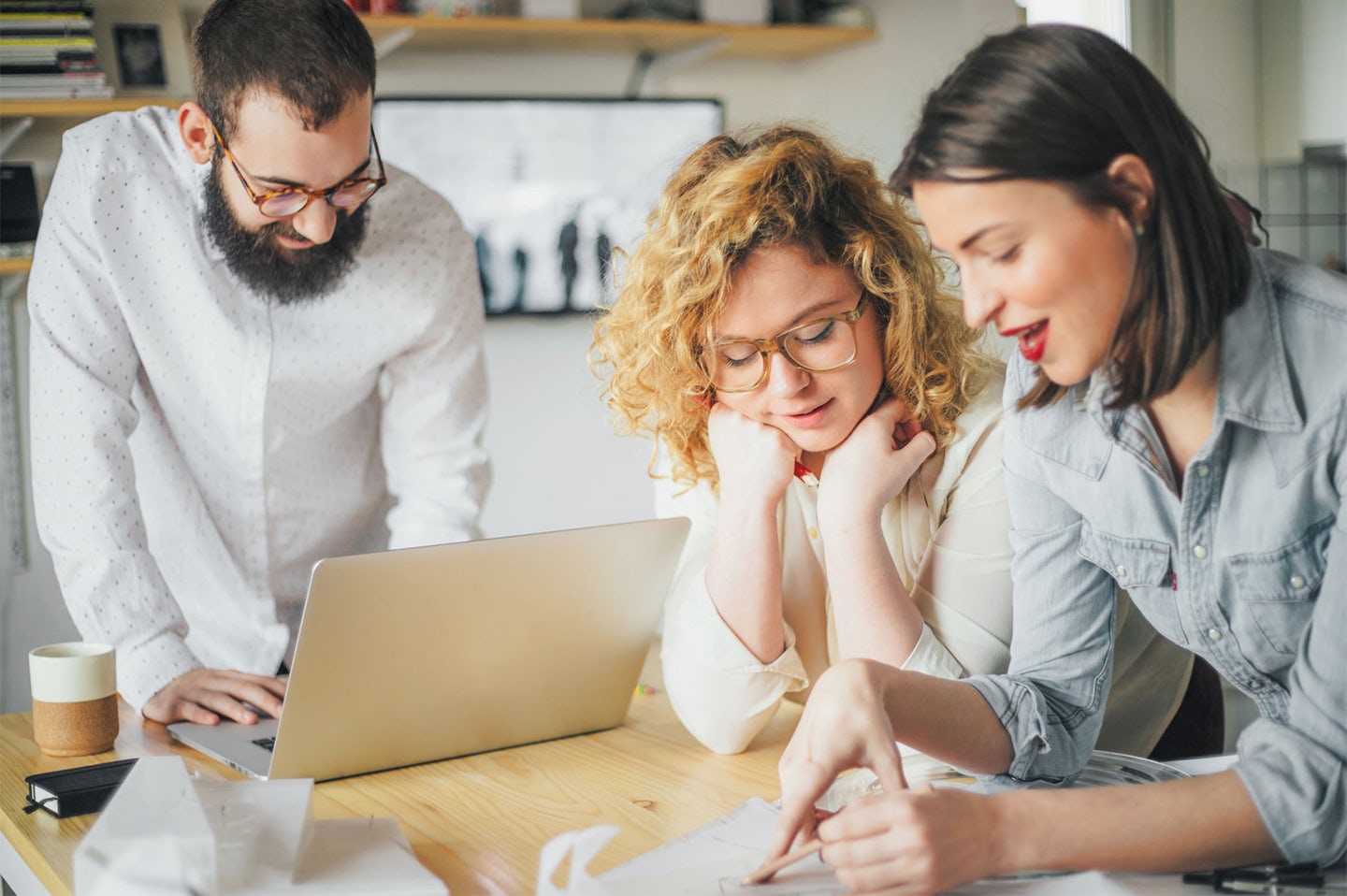 With Pinterest reporting that “92% of marketers who partner with influencers [on the platform] have found the tactic to be effective”, this change in its data sharing policy is likely to make partnerships between brands and influencers, using the social network to collaborate, more honest, authentic, and alleviate the problem of influencer fraud.

Set to hit the market in Spring 2019, the new device will give users the ability to look around in any direction, as well as walk through virtual space just as you would in the real world. The headset also comes with two touch controllers, which will give users the a means of interacting with objects and people in a more natural way than proceeding devices.

Tech Crunch’s Lucas Matney, who recently reviewed the product described the experience by saying “While fixed point-of-view devices like Oculus Go put the content all around you, the Quest really captures the magic of immersion that’s so much more than a big, enveloping display.”

The question still remains, in regards to VR, will it be adopted by the mainstream? Given the positive reviews it’s received so far, plus the features mentioned above, could Oculus Quest be the VR device that marketers look to, to create immersive and bespoke experiences for their audiences?

Can you imagine an immerse virtual reality athletics game to promote the 2020 Olympics? Or, a VR space giving users a look into Chanel’s AW19 collection? The possibilities are exciting, but only time will tell if the device will take off, and with a price point of $399 it still isn’t for everyone.

Every match has unmissable moments for everyone. Don’t even blink. #ThatsHeineken #UCL #ChampionsLeague @championsleague @Pirlo_official pic.twitter.com/ASKzYluBSB

A humorous and relatable piece of content, the ad plays on the the fact that people often miss crucial moments whilst watching big football matches – namely Champions League fixtures. Something that happens to me all too often *sighs*.

Using a mixture of satirical humour, the Bon Jovi classic ‘I Don’t Want to Miss a Thing’ and a cameo from former Champions League winner (and generally stoic figure) Andrea Pirlo, Heineken definitely delivers an effective campaign that sticks in the mind long after you’ve watched it.

Humour and memorable music can both be powerful tools in marketing, and this campaign is perfectly primed to get a lot of shares and Likes, as well as reaffirm the long standing association fans have between Europe’s biggest club footballing competition and the Dutch brewing giant.

Toyota teams up with Snapchat to create AR experience

To promote the car manufacturers new Aygo model, the company has joined forces with Snapchat to create an augmented reality racing game – aptly named, ‘Aygo Kart’ – as the next activation for its JUST GO campaign.

Using Snapchat to its fullest capabilities, the “snappable” game uses a mixture of touch, facial expressions and head movements in order to the control their personalised Toyota Aygo and race against opponents.

If that isn’t enough, the brand has also introduced a Snapchat Lens based on the Aygo’s ‘JUST GO’ campaign video creative from July.

This is a great demonstration of a brand taking advantage of the full capabilities of snapchat to create a memorable experience for its users. The campaign is specifically “designed to capture the imagination of a young, 18 to 34 audience…”, and shows that Toyota is keen to get the JUST GO campaign in front of the young demographic it sees as its target market.

The government agency Public Health England has been gearing up for the launch of this year’s annual Stoptober campaign.

Using social as a major channel to drive awareness to the initiative, the Stoptober campaign demonstrates a blend of thought-provoking video testimonials, a Stoptober app, its patented hashtag, all in addition to the use of TV show host Jeremy Kyle – who has quit smoking, and offers his experiences throughout the lead up to the 1st October (when the 28-day challenge offically starts).

TWO DAYS TO GO! #Stoptober2018 will be kicking off on 1 October… Jeremy Kyle is here with some advice to end your relationship with cigarettes… for good!. Join https://t.co/KsVJlkGoBs pic.twitter.com/sYLIMO64OC

2018’s campaign focuses more on giving people the tools and means to stop smoking, without explicitly referencing any facts and figures about smoking. The audience is in control to quit how they want, thus empowering them to change their habits because they want to.

According to statistics from the NHS, nearly 78,000 deaths were attributable to smoking in 2016, with around 15% of the population classified as smokers. Both sobering figures that make movements like Stoptober all the more important. 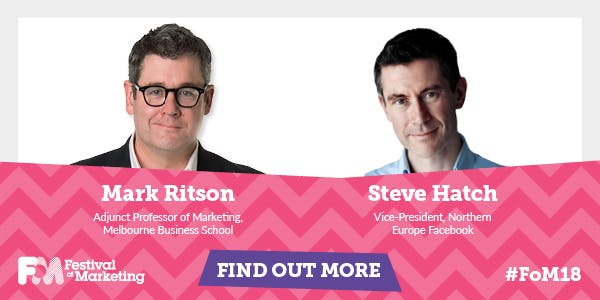 Ready and raring for some stats? This week’s roundup includes news about marketing emails, ad viewability, social media activism and ever so much more. 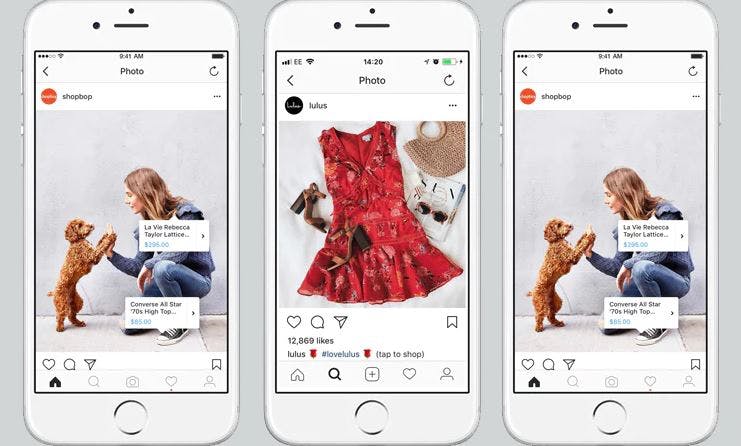 Retailers are continuing the quest to engage with consumers on social channels. With the average person reportedly spending around one and a half hours a day on social – it’s undoubtedly a big opportunity.