Alibaba and JD.com retain their positions as China’s top ecommerce platforms – but is a new competitor on the rise?

The ecommerce ecosystem in China is clearly dominated by two powerful players, Alibaba and JD.com. While most reports about ecommerce in China talk about the dominance of the duopoly, a third player is making headlines for its steady rise.

Pinduoduo is an ecommerce platform that allows users to participate in group buying deals. Branding itself as a platform for price-conscious consumers, Pinduoduo has managed to capture the hearts of users in smaller rural cities in China.

Recently, it was reported that the startup dethroned JD.com to become the second-largest ecommerce player in China. According to news reports, Pinduoduo’s daily active users has outnumbered JD.com’s for the past 12 months – an impressive feat for a company which was founded merely five years ago. In terms of sales, however, Alibaba and JD.com still hold the majority of the share at 55.9% and 16.7% respectively, while Pinduoduo trails behind at 7.3%.

Nevertheless, the ecommerce startup shows no plans of slowing down as it continues expand its partnerships with other companies. Pinduoduo recently established partnerships with over 100 companies from a wide variety of verticals with the aim to bringing more quality products to its consumers. One of its biggest partnerships is with ShenZhen MTC Co., Ltd., a contract manufacturer that produces more than 10 million TV sets, for brands like Philips, Haier and Xiaomi.

Although Pinduoduo’s steady efforts to become one of China’s most significant ecommerce players shows promise, marketers should continue to keep a close eye on Pinduoduo’s development. Pinduoduo still has to overcome many roadblocks such as smear campaigns and regulations for it to rise to the ranks of Alibaba and JD.com.

Shedding its reputation as a “copycat”, China is now home to some of the most advanced and innovative companies around the world. The South China Morning Post (SCMP) recently published its annual China Internet Report, and here are some of the report’s most interesting insights:

1. More companies are embedding mini programs into their services: Mini programs have proven to be very popular amongst consumers as the number of mini programs on WeChat with more than 5 million active users increased from 165 in August 2018 to 237 in February 2019. Other tech giants such as Baidu, Alipay and Toutiao have also followed suit and launched their own mini-programs.

2. Companies are focusing on lower-tier cities to drive ecommerce growth: There is a tremendous amount of untapped potential for ecommerce in the less developed cities of China. Compared to 74 million internet users in first and second-tier cities, there are 128 million internet users in third- and fourth-tier cities. The power of the lower-tier cities was most evident in Pinduoduo’s rise, as 66% of its users come from these cities. Recognizing the potential and upward aspirations of these consumers, JD.com recently launched JD Group Buy to attract lower-tier city users.

Key findings from the report points towards a more inclusive, customer-centric ecommerce industry. Products and services are no longer the only factors that influence purchasing decisions – ecommerce platforms seem to be fighting on a new frontier of customer personalization and experience.

The borders that once separated social media and ecommerce are increasingly becoming blurred, with apps and platforms dedicated to social commerce becoming a force to reckon with.

Back in April, WeChat introduced a new feature called “Good Product Circle”. Good Product Circle extends the functionality of WeChat’s “Shopping List” feature by allowing users to socialize on the interface, recommend products to their friends and access what their friends have bought. Users can also share products from different Mini Program stores.

Short video and livestreaming app, Kuaishou, waded further into the social commerce pool last month with its integration of JD.com and Pinduoduo. It previously integrated with Alibaba’s Taobao and Tmall. The app has a channel called Kuaishou Small Store where users can showcase products from these sites. However, when a user clicks on the product, they will be redirected to the site where the product is listed rather than being able to buy it immediately.

Chinese ecommerce has always struggled with credibility, quality and reliability issues. These uncertainties appear to be fueling the growth in livestreaming and social media apps introducing ecommerce features, drawing Chinese consumers away from relying on influencers. Instead, the next trend appears to be enabling a user’s friends to provide the element of trust behind a product.

China’s ecommerce industry has long been plagued by a plethora of problems associated with fraud. From user review manipulation to faking orders to selling counterfeit goods, many consumers have become particularly cautious towards online shopping – even from established platforms such as Alibaba.

Problems related to counterfeit items and fraud have become so pervasive that the Chinese government passed the Electronic Commerce Law in 2018 in an effort to reduce fraudulent activities in China’s online marketplace.

This year, China doubled down on its ecommerce laws as its State Administration of Market Regulators issued a new draft regulation (link in Mandarin) which puts any seller or ecommerce platform that engages in unfair business practices to the country’s official credit blacklist. The following are some important details of the draft rule:

The newly enacted ecommerce laws and regulations in China will undoubtedly have an impact on the dynamics of the ecommerce landscape. While regulating China’s freewheeling online marketplace ensures a safer space for most players in the industry, users in smaller ecommerce platforms such as Pinduoduo and the Little Red Book may fail to identify fraudulent activities on these ecommerce platforms.

In addition, large ecommerce players such as Alibaba and JD.com would need to divert a large amount of resources to monitor the activities of its merchants. The heavy-handed approach of the government to regulate the ecommerce industry may be best paired with approaches that educate both sellers and consumers.

JD.com’s 618 sale is one of the most anticipated shopping festivals in China. As mentioned previously in June’s monthly round-up, JD.com sold millions of products within the first minutes of the sale. While these numbers may impress the lay person, it is fairly normal for big players such as JD.com and Alibaba, who attain such numbers on a regular basis.

While beauty, luxury and 3C (computer, communication and consumer electronics) products continue to have strong online sales, there has been a spike in the demand for other items. For example, as noted by news outlet RADII China, the number of consumers who purchased luxury goods increased by 50% while the sales of moisturizers, body serum and eye cream also increased by 100%.

What was particularly eye-catching in this year’s 618 sale was the popularity of domestic consumer brands. Consumer products, both perishable and non-perishable, have seen massive growth in sales, as noted by SCMP.

Some impressive statistics from the sale include:

The growth in domestic brand sales subtly hints at the maturation of the ecommerce industry in China. Two reasons why consumers are purchasing domestic brands may include increasing quality of domestic products and increasing accessibility of ecommerce platforms. For foreign brands, this may imply a need to rethink marketing strategies – the sheen of being a foreign brand or product may be wearing thin among Chinese consumers.

KOLs in China are extremely effective in driving sales – but what does this mean for marketers?

Influencers, or Key Opinion Leaders (KOLs) in China, command a tremendous amount of power in China’s digital landscape. Respected by millions of followers online, KOLs have become the most influential factor that affects consumer purchases. One can get a sense of how influential KOLs are by simply looking at China’s top influencer, Dayi Zhang, who sold more than US$145 mn worth of products through her online store in 2018.

While most influencers find fame organically by posting their own content online, KOLs in China are increasingly carefully curated in what is called an “influencer incubator”. A notable player in this niche is Ruhnn Holding, one of China’s largest KOL influencer incubators. A contract with Ruhnn gives the company exclusive rights to KOLs’ endorsements, social media accounts and ecommerce stores. In return, KOLs receive training on effective personal branding and resources to support the influencer’s personal brand.

The trend towards professionalizing KOLs point towards a new norm for influencer marketing in China. The loss of control over their brand and image may result in a weakened perception of their personal elan and flair – which typically are the key ingredients of them emerging as KOLs in the very first place.

Instead of working directly with KOLs, marketers can expect to liaise and collaborate with more individuals through professional influencer management companies. Marketers should be aware of such developments in the influencer marketing industry – especially since apps such as TikTok appear to be producing a new wave of influencers around the world.

For more information about Econsultancy’s research, training and best practice solutions contact us on apac@econsultancy.com 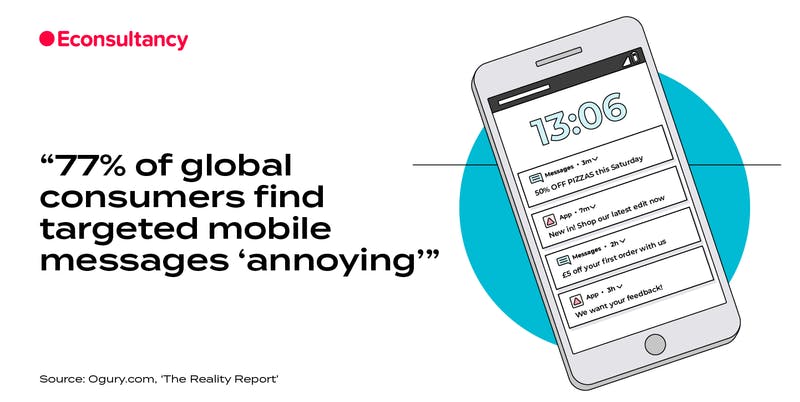