The UK’s Competition and Market Authority has issued a stern warning to businesses who fake reviews – but is it more toothless than ruthless?

In June of last year, the UK’s Competition and Market Authority launched the findings of a ‘call for information’ it put out the previous February.

The results showed that – unsurprisingly – reviews influence consumer purchasing habits (it estimates that 54% of UK adults consult online reviews before making a purchase).

At Reevoo we reported on this just as Amazon announced that it was introducing a new “machine learning” based review ranking system that promotes verified reviews over others (as much as an algorithm alone can, anyway).

These ranged from posting fake reviews on to review sites, eliminating negative reviews (even though this isn’t a good strategy) and paying for endorsements in blogs without making it clear to the people watching and reading.

The CMA has now written an open letter to marketing departments, marketing agencies and their clients about the investigation and offering guidance on how to make sure they’re complying with industry standards.

Most of the advice is pretty obvious. For example:

Don’t pretend to be a customer and write reviews about your products or other businesses’ products.

See what I mean?

But what is even more clear is that businesses which don’t comply with these guidelines could find that the consequences are significant:

Writing or commissioning a fake review – in relation your own products or someone else’s – is a breach of consumer protection law and may lead to civil or even criminal action.

Although it’s good to see the issue getting attention, I don’t think the CMA goes far enough, despite the stern wording.

If the CMA was serious it would have regulated the industry rather than sending out a letter.

There is plenty of incentive for businesses (£23bn of consumer spending is influenced by customer reviews) to publish fake reviews.

However, regardless of the CMA’s guidance, I firmly believe that businesses shouldn’t be tempted into faking reviews or deleting negative ones. There’s too much to lose.

Consumers prize transparency and authenticity. Untampered user-generated content is one of the best ways brands can gain consumers’ trust.

And as we’ve seen in recent scandals, trust is one of the hardest things for a brand to earn but one of the easiest things to lose.

Consumer reviews are a powerful conversion tool for ecommerce sites and many brands send emails to solicit product feedback from recent customers.

In general, this takes place within a few days or weeks of the purchase, while the customer is still enamoured with their new item.

However last week I received a post-purchase email for a pair of sunglasses I bought 10 months ago. 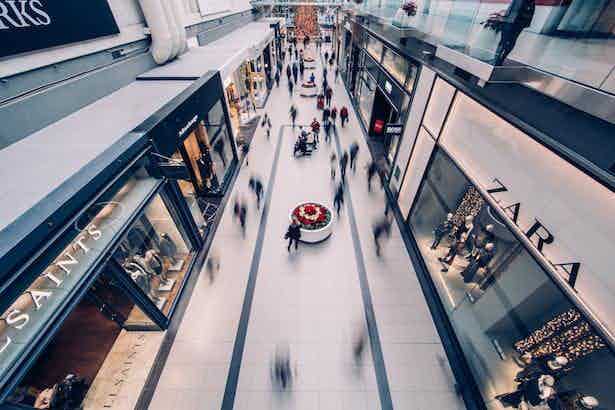 The key to price optimization doesn’t lie in retailers’ speed of price changes, it lies in the accuracy and calculation.

Over the past couple of years, speed has been the name of the game in the retail industry.

As far as I am concerned, there are two factors for great typography. The first one is personality, the second one is semantic.