With multi-choice done away with and respondents left to come up with whatever answer they liked, 8% still mentioned ‘guru’ as their most disliked word.

The somewhat respectable ‘Head of Digital’ ranked first for hottest job. Has the era of the nifty tech-world job title truly come to an end?

Let’s be honest. This wasn’t a serious piece of analytical work. More a rough poll of where people’s career ambitions lay and the roles that have the most caché right now. But the over-arching impression I got was that people had some very clear ideas about the kind of job they were hoping to snag in the future.

In a poll answered mainly by digital folk, Head of Digital is hardly surprising. And CEO doesn’t exactly sound ground-breaking. However, Content Strategist scraped in to the top five and while many will argue that content isn’t a new discipline, I’m certain we wouldn’t have seen this title hit the top five a couple of years ago.

Specialist roles also appear to be in demand. When asked which role people would most like to recruit for in their teams, data and analytics roles were most in demand (16%) followed by content specialists (14%).

Which role would you like to recruit for your team? Our annual salary survey indicated that people with specialist skills were more likely too see a payrise. And those with digital skills remain in demand.

This supports Neil Perkin’s blog post from November 2011 Will 2012 be T-Shaped? which pointed out the need for digital marketers to have a strong vertical skill while still being able to understand other digital disciplines.

The Econsultancy jobs board reflects this too, with significant numbers of recruiters advertising for employees with specific skill sets like analytics, PPC and user experience.

Meanwhile, Google was considered the most popular digital company to work for, gaining 6% of votes.

Again, this was an open question, so with myriad possible answers. Saatchi & Saatchi and Facebook were also mentioned. However, it seems the entrepreneurial spirit is alive and well, with 11% of respondents looking to one day own their own business.

34% of our survey respondents told us they did not receive a pay increase in the last year. This compares to 26% of general marketers.* What about for senior level strategists? According to SoDA’s recent salary survey, there’s been a 12% decline in the number of MD’s, partners and chief executives earning over £300,000 since 2011.

It’s not all doom and gloom though. According to SoDA, that statistic is being partly attributed to the recruitment of junior and senior strategists in 2012. Good news for all those aspiring Content Strategists out there.

So, to sum up. If you’re thinking about where you see your career going – specialising seems like a good idea. Oh, and drop ‘guru’ from your title.

In the meantime, you can check out more digital marketing jobs on the Econsultancy jobs board. You know you want to!

Why career progression is broken in digital marketing agencies

It’s how you use it. Big Data is today’s marketing black, no doubt about it. But it’s not as one pundit suggested “Big Data is just ordinary data with good PR” neither is it just the amount in your stash.

No, if you want to realise the massive/staggering/blinding difference data about your visitors can make to your marketing, business and profits you have to learn to wield it effectively.

So, having been given the opportunity to blog about data-driven marketing, data-privacy, and all things targeted, I should start by talking about what we mean by, and can do with, the Big Data bonanza that the online channel provides us… 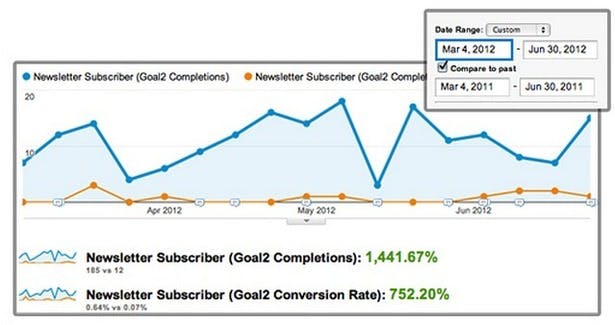 Successful email marketing relies on a large customer database, so attracting new signups should be a high priority for most businesses.

Research shows that around half (49%) of consumers are signed up to receive emails from between one and 10 brands, while 8% don’t receive any at all, so one of the main challenges for email marketers is getting into the inbox in the first place.