This week had its fair share of interesting and amusing stories from the world of digital.

Here are the highlights…

People are not happy with this nightlight

Need something to aid restful sleep? Try SEO: The Movie, starting with the sexy trailer below.

I’m being disingenuous, it looks like a well-produced movie and is a lovely bit of content marketing from Ignite Visibility. Still, probably one for the hardcore.

Have you paid your ‘internet taxes’?

The #AmazonWashingtonPost, sometimes referred to as the guardian of Amazon not paying internet taxes (which they should) is FAKE NEWS!

And the New York Times tried to figure out what he meant.

They politely suggest that ‘one possibility is that Mr. Trump was thinking of a proposal to allow state governments to force internet retailers to collect sales taxes from their customers. The bill — called the Marketplace Fairness Act — has been pushed for years by brick-and-mortar retailers like Walmart, which have been losing ground as e-commerce has grown.’

However, the paper also points out that by 2012, Amazon was collecting taxes in a number of states and even lobbying Congress to compel competitors to pay up.

Lastly, in this giant clustermess of hypocrisy, the NYT ponders why the tax-cutting President is suddenly so keen on attacking an American success story. The Guardian reports it spotted Windows XP (launched 2001) on screens running aboard the HMS Queen Elizabeth, the UK’s newest and most advanced aircraft carrier which launched on Monday.

The ship cost £3.5bn. If XP is indeed involved, some suggest it may be vulnerable to ransomware such as the infamous WannaCry. However, the carrier will reportedly have capability for defending against hacking, including a team of cyber specialists.

Ocado is working with an autonomous vehicle startup called Oxbotica to develop the CargoPod (shown below). The electric vehicle has eight pods, each of which houses a crate of groceries.

I’m actually impressed by the vehicle and the integration with Ocado, but I found MIT’s description of the recent trial quite amusing:

Orders are limited to three food packs containing nonperishable goods like dried fruits or chocolate cookies, the trial will last only 10 days, and the delivery is limited to the bounds of Berkeley Homes, a gated residential development in Woolwich with limited traffic.

If you’re reading this from a Berkeley Home in Woolwich, please do leave a comment and let us know if you enjoyed your dried fruit.

Of course, the vehicles also have to carry a safety driver, to make sure nothing goes wrong, and to deal with pesky obstacles that autonomous vehicles haven’t mastered yet, such as gates. However, Oxbotica tells MIT that this sort of tech can still bring efficiency gains, even if a delivery person is still needed. Smartphones make you dumb, even when you’re not using them

Yep, your cognitive powers are reduced if your phone is in glancing distance, even if it is face down.

Psychology Today reports on a study that showed the smartphone’s ability to affect our attentional control and cognitive processes.

Things that make you go….

Buzzsumo has studied a whopping 100 million clickbait headlines from March to May 2017 in an attempt to discover which three-word phrases trigger most engagement.

Runaway winner is ‘will make you’, as in ‘The results of this clickbait survey will make you weep for a once noble vocation turned sour’. WTF (World Taekwondo Foundation), founded 1973, has finally decided it can no longer take the smirks and the giggles, and has dropped the ‘F’, now simply known as World Taekwondo.

It’s a cultured roundup of funnies this week, including Venn diagrams, sumo wrestling and Tinder. 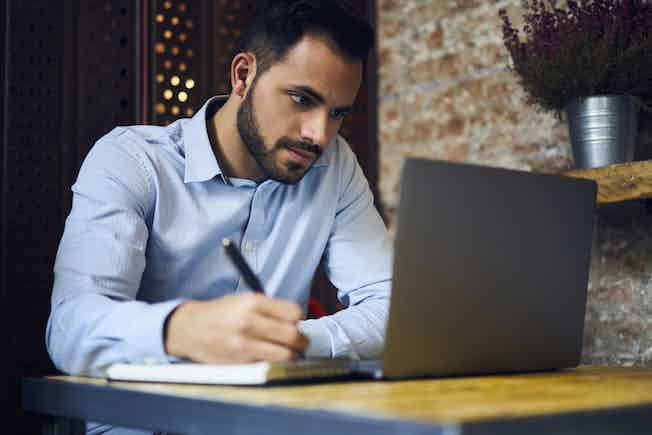 If that’s not enough, be sure to head on over to the trusty Internet Statistics Compendium for even more.