But now India has its own homegrown messaging app, Hike.

Hike has recently been in the news as the company just received a whopping $175m in investment from WeChat’s parent, Tencent, and iPhone manufacturer, Foxconn.

This investment values Hike at $1.4bn, firmly pushing the company into unicorn territory.

Originally launched in December 2012 (12/12/12), Hike was set up as a joint venture between Bharti Enterprises and Softbank.

Its founder and CEO is a young, outspoken entrepreneur, Kavin Bharti Mittal.

Hike’s background and subsequent funding means that Hike not only has deep pockets, but it also has strong telco industry connections in India.

Because of this, it is likely that the messaging app will gain marketshare and continue to be a strong challenger in the country for some time. Also interesting is that Hike has been able to attract Western investment, sponsorship and talent to its advisory board.

Quora, WordPress, and Dropbox have been confirmed as investors in the app and PepsiCo, Amazon, Unilever, and Zynga are partnered with the app.

Hike offers many of the features we have grown to expect in messaging apps: chat, free voice calls, filesharing, and the now nearly ubiquitous stickers.

The company also emphasizes that Hike works well in a slow internet environment (2G and 3G) and users can contact friends not already on Hike via SMS.

This is particularly important in India where mobile internet connectivity lags many other countries and those who are online often experience slow internet speeds.

To help its financially-challenged user base, Hike also offers a limited number of free SMS messages to its members.

Users get some free SMS just for joining, but are able to earn more by inviting others and spending more time using the app.

SMSs have to be sent via the app, natch.

Though Hike does not report monthly active users, it has regularly given updates about the growth of its userbase and usage statistics.

The latest figures are from January 2016, when Hike announced that it had 100m users who, collectively, send 40bn messages per month. Though mostly used in India, Hike is available worldwide through Google Play (Android) and the App Store (iOS).

App registration is straightforward and fairly typical of messaging apps these days. You give Hike your phone number, it texts you a code, and you’re pretty much done.

Once registered, you simply allow it to snoop through your phonebook and the app adds your contacts who are already on Hike to the app.

Using it is simply a matter of updating your profile, posting updates, and initiating private chats or calls with your friends. Hike also offers integrated apps for users in India such as news, games, coupons, and a carpooling app.

Hike can also delete all hidden chats upon exit, offering extra protection for the security conscious.

Apparently this feature attracts young adults in India to allow them to chat whilst being observed by overbearing parents. This feature, along with the integrated apps, distinguishes Hike from WhatsApp and has helped it build up its user numbers quickly.

What does Hike mean for marketers?

Whereas at one time it seemed like one or two players could dominate globally, the messaging app market is now looking like a multi-horse race.

China, Japan, Korea, and now India all have their own chat apps along with the investment dollars necessary to play the long game.

Also, it would not be wise to underestimate how these apps can benefit from patriotic tendencies.

Given the choice of equals, we may find that people are more prone to use apps which originate from and benefit their home countries.

Ultimately, this means that global marketers should become familiar with the functionality, nuances, and reach of these homegrown apps. 2. Messaging apps are not as sticky as once thought

You can argue that Hike offers no new messaging features for consumers (besides that cool Hidden Mode), but that is missing the point.

Sure, people in various countries could use one of Facebook’s apps, but there is clearly a trend favoring these new upstarts.

Additionally, slick apps with lots of features seem to be much easier for local markets to imitate than was previously thought. Even the intricate Snapchat now has local competition in China.

Finally, it seems that the ‘stickiness’ of network effects are not as strong as most suspected.

Apps with critical mass in one demographic in a market can indeed be overtaken by another who can reach the younger demographic.

We have heard this about Snapchat in the West, this may now be true for Hike in India. Just last year, it all seemed so easy. Get up to speed on Google, Facebook, and maybe Twitter and the world was your (marketing) oyster.

Now, things are different. Many markets are now in the process of adopting a new messaging platform and so marketers with a global focus have some catching up to do.

(For subscribers, Econsultancy helpfully offers 2016 guides on the digital landscape in China and Japan.)

There is no doubt about it.  The $175m investment at a $1.4bn valuation has put Hike on the messaging map.

Though the app offers very little in new features, Hike is experiencing massive growth in India and is now a significant part of India’s digital future.

Its founder’s ties to the telecom industry in India is further evidence that Hike is not going away any time soon.

So, for those who are marketing in India or plan to do so in the future, meet your new platform – Hike.

The reality might be different, but the idea sure does inspire us to get off our butts and into our trainers. 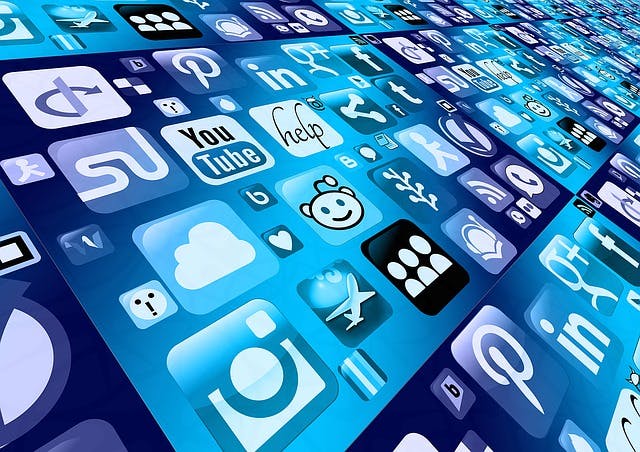