This is perhaps the most interesting and joyous weekly roundup yet.

Highlights include the Amish, Jamie Oliver, Amazon’s impact on US labour and the dangers of Avril Lavigne. Let’s get to it…

Most maddening headline of the week

Sorry, The Drum, you have blown away the competition with this effort. You can read the article here. The Amish are using smartphones

They may prefer the horse and cart to the automobile, but the future is creeping on the 300,000 or so Amish in the US, with many using smartphones.

The NYT carried a fascinating article on exactly what technology the Amish do and don’t use. The beautiful opening paragraph, which reads like the start of a big-budget HBO drama, suggests the pull of the smartphone is strong.

A young woman, wearing a traditional full-length Amish dress and white bonnet, stepped away from a farmer’s market, opened her palm and revealed a smartphone. She began to scroll through screens, seemingly oblivious to the activity around her.

The article goes on to say that “many Amish people draw a bright line between what is allowed at work — smartphones, internet access — and what remains forbidden at home.”

But still, Kevin Granville and Ashley Gilbertson write, “the divisions can get fuzzy. Connecting a house to the public utility is unheard of, but many homes are electrified with power generators and solar panels. Propane-powered refrigerators are found in many kitchens. And “Amish taxi” services, driven by non-Amish people, provide a way to get around without violating the rule against owning a car.” How to make Sudoku even more joyless

I enjoy a crossword, even a jigsaw, but I would rather change my name to Susan Doku, rather than have to actually do one of those things.

But what could make a Sudoku even more joyless? Well, what about an app that solves the puzzle instantly?

Through Apple’s ARKit, the Magic Sudoku app does exactly that. Encouragingly, there is reportedly more subtle functionality planned, such as a hint option or the ability to solve just one 3×3 grid.

More from The Verge (image credit)

Slightly-sniffy-but-accurate quote of the week

“You’re not an AI company because there are a few people using a few neural networks somewhere.”

In the future, Ng says he expects more traits of AI companies to emerge.

Amazon warehouses can make or break a town

There are some great stats in the article:

The chart below from Bloomberg shows exactly where Amazon warehouses are, as well as where closed department stores were. You can see that some places will inevitably benefit from Amazon jobs, despite the much discussed impact of internet shopping on the high street. Avril Lavigne fact of the week

Don’t Google her. 14.5% of search results for her name will take you to a malicious site, according to McAfee, making Avril the most dangerous celebrity search term. Stay safe, sk8ter bois and girls! The latest gadget for fans of IoT gadgets? YaDoggie involves a smart dog-food scoop which tracks your dog feeds, lets other people in the house know (via app or stop light on the scoop) and orders more food (with approval) when you’re running out.

The Verge reports that the scoop doesn’t need charging and works via Bluetooth. It costs $1 to join the service (beginning November), with the scoop coming free and food totting up to around $40 per month.

Here are some dogs that seem to like it….

Yep, stereotype-confounding news of the week.

The Drum reports that the Sun’s online audience grew 59% last year and of its 5.35m daily unique browsers, 51% are female and 91% are on mobile.

The Sun dropped its paywall almost two years ago and has grown quickly since then, overtaking The Mirror’s online readership. 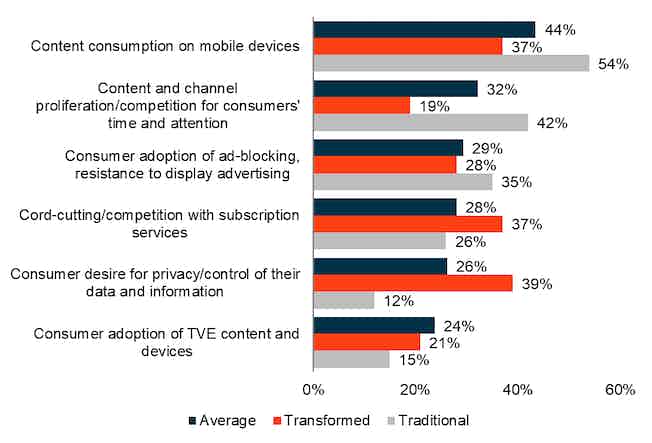 The Festival of Marketing is just two weeks away and the excitement in the Econsultancy office is palpable.