Confused? Well, there’s also a silly moonpig video to throw in the mix.

The Register brings us this beauty about the incompetence of hackers aligned with ISIS: “Shock! Hackers for medieval caliphate are terrible coders”

Eighteen months ago the group apparently stopped “trying to develop their own secure communications and hacking tools and instead turned to the criminal underground to find software that actually works.”

Quote of the week comes from the same article, from the total dude that is Kyle Wilhoit, security researcher at DomainTools:

“ISIS is really bad at the development of encryption software and malware. The apps are sh*t to be honest.”

Hat tip to the MIT Newsletter for that one.

Stupid, singing fish of the week

Big Mouth Billy Bass was meant to be one of the tropes of the pre-iPhone world, when kids and adults alike were entertained by gadgets and novelties that required AA batteries.

But Billy is back in the big time, the subject of one of the announcements in Amazon’s hardware showcase this week. Yep, Billy will sync with the Alexa and leap into life when you play music, “lip syncing” along with your tunes. Although that should really read “neck syncing”, seeing as all he does is turn his head.

Amazon’s wide-ranging product launch also included Echo Plus which acts as a smart home hub, Echo Spot which is a bit like an alarm clock, and Alexa Buttons which are much like quiz show buzzers that can be used with games and the like. Catty advertising of the week

What’s better than a bit of “miaowww” in a print ad? Lufthansa has run print ads in a German tabloid mocking the plight of Ryanair after the Irish airline cancelled thousands of flights.

Lufthansa has beef with Ryanair stemming from the latter’s own catty stunt when its planes were adorned with “Bye bye Lufthansa” at the opening of European routes in the early ’00s.

Pointless jacket of the week

Levi’s Commuter Trucker jacket lets you control your smartphone by touching your cuff. It costs $350, which is well over twice the price of the exact same jacket without the magic cuff.

The video below from The Verge does a great job of showing how the technology works. Google and Levi’s have work out how to stitch capacitive threads with a copper core, and also attached a Bluetooth dongle to a button.

It’s designed for people who cycle to work, allowing them to control their tunes and their notifications.

Part of me think that people with this kind of spare cash will either cycle to work in a full lycra bodysuit, or take an Uber.

Jetpack-building competition of the week

Boeing has launched the Go Fly Prize (see self-congratulory video below) – $1 million to the person who can build a jetpack capable of vertical take-off and travel for 20 miles.

The company wants to incentivize engineers to create “an easy-to-use, personal flying device.”

“Star Trek” gadget of the week

One of the inventions of the future that has always captured the imagination is the idea of an earpiece capable of translating all languages into your own tongue.

Baidu is not far off with its new portable translation device that can listen and speak in several languages. Press a button and speak into the device and it will instantly translate.

The device can also be used as a Wi-Fi hotspot, and will be available to buy or rent for those Chinese consumers planning to travel overseas. The occasions ecommerce king has new branding, accompanied by this rather cringey video, which also has a strange denouement (at least to me, it seems strange). 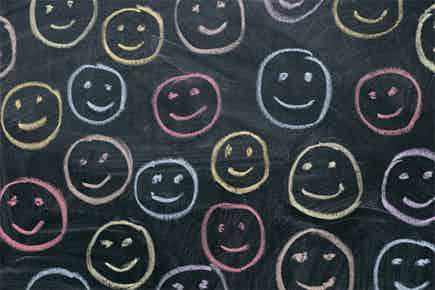 In the absence of my dear colleague Ben Davis, who is sunning himself on the beaches of Berlin, I have taken responsibility for this week’s roundup.