A vintage roundup this week – some joyful VR stories (including animals), the future of groceries, new electric vans, and a rather visceral design for a phone charger.

What are you waiting for?

The future of fridges: A garage-cum-minibar run by Amazon?

It seems every week I talk about smart fridges, and how much I hate them. But all that may change after I viewed some tantalising mock-ups from Argodesign, a design firm in Austin that’s dreamed up what Amazon Foods may look like in ‘Tomorrow’s World’.

The designs are as exciting as that venerable UK television show.

My favourite is the idea of the Echo Fridge, which takes deliveries (of items Amazon predicts the homeowner may need) through an exterior-facing door. The homeowner (in dashing white robe and socks) will transfer anything he wants from the delivery side of the fridge to his side, which will trigger payment.

Any unwanted item may be collected again and offered round elsewhere. Whilst the waste potential sounds high, one wouldn’t bet against Amazon’s algorithms perfecting a system like this. I can suspend my disbelief just long enough to even welcome that drone delivery seen through the window. Robots to officiate at funerals

More robots, Pepper to be specific. Pepper is now officiating at Japanese funerals, which is apparently a money-saver (despite costing £400 to hire) because it avoids having to give copious cash offerings to another Buddhist priest.

Nissei Eco is the company offering the service, with Pepper able to chant sutras, as it does in the adorable video below. Pepper can also livestream your funeral, as well as bow in all the right places.

I really really want one of these, but unfortunately each one will set you back more than $5,500 on Etsy.

The Grow Cable is described as follows:

Some grammar is lost in translation, but you get the gist. I also love the product details which includes one line that says: “Occasion: First Communion.” That has to be a joke, and a fine one at that.

Well, here is the beautiful charger, as shown by Mashable…

The VW Camper Van is back, and it’s electric

At the Detroit Autoshow it was announced that VW will have a fully electric Camper in production by 2022. See the prototype in the video below.

KFC is using the VR escape game shown below to train staff via Oculus Rift headsets.

The game begins with a foreboding soundtrack as the Colonel explains you can’t leave until you prepare the chicken properly. Employees then have to inspect, rinse, bread, rack, and pressure-fry chicken pieces while Colonel Sanders croaks at them. The game seems like just a bit of fun, and is supposedly quicker than undertaking the exercise with real chicken (though it doesn’t replace any practical training).

KFC is very good at the weird and wonderful – it took us long enough to get over George Hamilton in its ASMR videos.

Animals can now enjoy virtual reality as much as humans do

Researchers at Vienna Biocenter in Austria have created the FreemoVR, an arena that uses VDUs to give a virtual reality experience to animals.

The FreemoVR is designed to help the researchers study animal responses to visual stimuli. MIT Tech Review reports that “fruit flies that were shown virtual pillars flew in circles around them as though they were really there” and “mice chose to walk only along raised pathways that appeared to be closer to the floor.. just as they would in the physical world.”

The latter experiment is captured in the adorable image below. This is the story that truly makes this article live up to its headline. Watch the video below showing 1,069 robots breaking the Guinness World Record for robots dancing simultaneously and you cannot but smile.

Yep, cute. I’m sorry, I’m a millenial (sort of) and we tend to overuse the word.

Royal Mail is trialling nine electric vans, ranging in size from 3.5 tonnes to 7.5 tonnes, each of which can drive 100 miles on a full charge.

The vans are manufactured by Arrival in Banbury, Oxfordshire and are due to enter service in December. Peugeot will also deliver a fleet of 100 electric vans to Royal Mail.

Some have commented on the similarities between Postman Pat’s van and the new Arrival vehicles. Personally, I’m fascinated by their lack of wing mirrors, instead utilising cameras pointing rearwards with screens up front.

More from the BBC. PowerPoint presentation of the week

ReCode has published Uber’s pitch deck from 2008. It’s pretty boring, like most decks, but there you go. And on that anticlimax, our roundup comes to an end. For more joy, why not book a ticket to this year’s Festival of Marketing, Oct 4-5 in East London. Anybody who’s anybody will be there, including Stephen Fry. 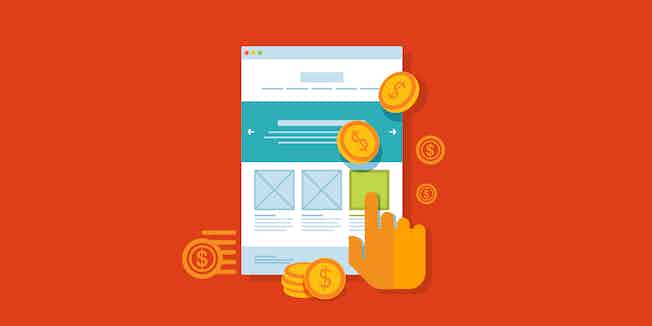 Programmatic advertising continues to grow rapidly, but despite a lot being written about it and a range of conferences dedicated specifically to the topic, it would seem that marketers still need to educate themselves on what programmatic is, how it can be deployed strategically and how best to manage it. 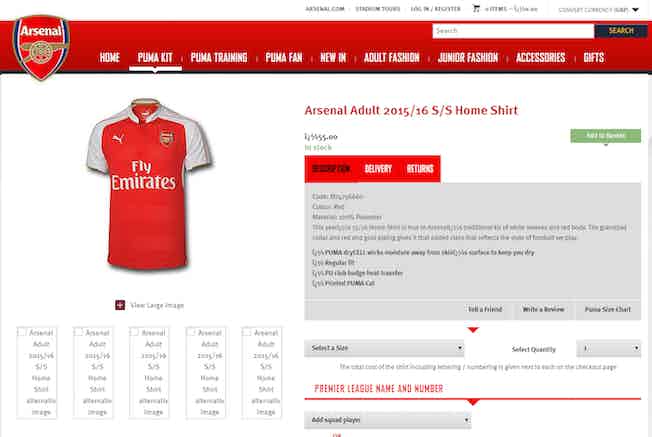 Arsenal FC have been able to boast some impressive results after revamping their ecommerce site.

Welcome to your weekly roundup of stats.