Earlier this year, American retailer J.C. Penney learned the hard way: it pays to know what your SEO is doing.

As it turned out, the company’s outside SEO vendor was up to no good, allegedly engaging in a paid link scheme. The outcome: a PR black eye, and a Google penalty. J.C. Penney’s pain provided a lesson to all companies using outside vendors for SEO: just because someone else is doing the work doesn’t mean that you don’t need to know what they’re doing.

The same goes for social media. Despite its popularity, trying to take advantage of social platforms can be very time-consuming, so more and more companies are outsourcing their social media to third parties. One such company is Village Voice Media. And just like J.C. Penney, it apparently had no idea (or didn’t want to have any idea) what its “social media experts” were doing.

On Friday, BetaBeat reported on the discovery that one of Village Voice Media’s social media vendors was caught in a scheme to game Reddit, the popular online sharing community, as well as other social media hubs, including Twitter. The scheme had been discovered a couple of weeks ago, and appears to have involved a number of “current or former” Digg power users, possibly along with fake accounts.

Village Voice Media is a chain of alt weeklies with web sites. We also started several blogs (Topless Robot, Toke of the Town, Joystick Division) that you may or may not enjoy reading on a regular basis.

Like any journalistic endeavor, we want want as many eyeballs as possible on the stories our award-winning scribes publish. To that end, we hire folks (“social media experts,” we hate that term too) to get eyeballs on our stories so we can focus on telling the stories that matter to our readers.

Then we noticed this was happening.

To say we almost went off the rails is putting it lightly. Like Steven Seagal in Under Siege 2: Dark Territory, we rushed to correct those problems in an effort to stay engaged with the reddit community in an honest way.

We talked with new reddit GM Erik Martin on the phone yesterday to try to patch up our relationship with the best community online. He suggested we post about our talk right here, right now.

This is the first step to getting back into the community. We hope you’ll keep reading the journalism we put together. Leave a comment here and we’ll do our best to respond to any questions you have.

According to later comments by Nick, “freelancers” his company had retained were responsible for the plot, and Village Voice Media has since “overhauled our social media strategy from the top down.“

That’s obviously a very good idea, and while Village Voice Media deserves some credit for not trying to deflect all of the blame a la J.C. Penney, there are a lot of questions that remain unanswered. One of the biggest: did Village Voice Media ever find it somewhat odd that a company with a chain of alt weeklies was frequently hitting the front page of Reddit?

Just as companies can use tools like Open Site Explorer to audit their backlink profile, they can also use their web analytics to determine where their traffic is coming from. That, of course, can serve as a starting point for understanding how and why referrers are driving traffic. It’s somewhat difficult to believe that Village Voice Media hadn’t recognized its potentially outsized social media profile and traffic (in relation to the size of its publications) — particularly given the fact that it was paying outside consultants to work social channels. Obviously, we’ll never know if Village Voice Media ever questioned whether its social profile and traffic could have been a little bit too good to be true, or whether the company was simply ignorant (or tried to remain ignorant).

Whatever the case, this serves as another reminder that outsourcing key marketing functions does carry risk, and that risk can come back to bite you if you don’t mitigate it. When dealing with outside vendors, be they SEOs or social media “experts“, companies will increasingly find that if you bury your head in the sand, one day it might be nearly impossible to pull it out. In New York City, there’s only one issue that divides neighbors, drinking buddies and childhood friends alike. It’s not about the Mets and their playoffs blunders; nor is it about the Yankees and their ageing captain, Derek Jeter.

It runs much deeper, and strikes the very core of New York City life. It’s about pizza. 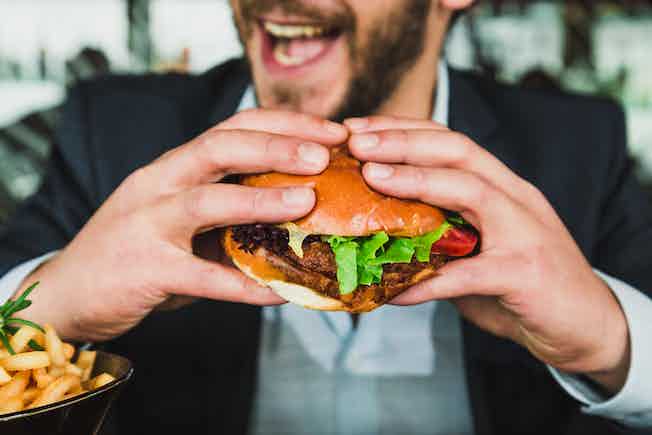 Some call it multi-touch attribution, others call it engagement mapping. Google calls it Multi-Channel Funnels and it has to be one of the biggest talking points in online marketing measurement circles today.

Whatever you want to call it, it is now live in limited pilot for some lucky Google Analytics customers.