#ThisGirlCan is the renowned and hugely successful marketing campaign by Sport England which set out to tackle the gender gap in sports participation, and has got 3.9 million women exercising as a result.

At Festival of Marketing day one, Kate Dale, Head of Digital Strategy at Sport England, talked about how the campaign tackled the emotional obstacles keeping women from exercising, and drove a change in both attitude and behaviour.

She also shared what Sport England is planning for the next phase of the campaign, and the lessons she has learned about marketing from being at the helm of #ThisGirlCan.

Changing attitudes towards being active

Dale kicked off the talk by showing some of the imagery we most commonly see associated with women in sport: either the victorious celebrity sportswoman (successful and strong, but unattainable and difficult for ordinary women to relate to) or the polished athlete, immaculately made up and composed as she tones and flexes.

This is the imagery that appears in traditional sports marketing aimed at women; but it is responsible (at least in part) for the huge gender gap in sports participation. In 2014, the gap between active men and active women stood at 1.8 million.

Before #ThisGirlCan launched, said Dale, Sport England hadn’t made much headway in persuading women to get out and get active. Part of the issue was with the company’s own mindset: Sport England is “by and large full of sporty people”, who struggled to understand the mentality of women who were averse to exercise. Luckily, Dale herself was not one of them!

The company went out and talked to women about the things preventing them from becoming active, and came away with a host of obstacles. Many were practical, but many more were emotional: fear of judgement; embarrassment and self-consciousness about their looks; an aversion to developing a muscular figure; guilt about spending time away from their families or friends.

In order to change this mindset, Sport England set out to create a different image of women being active, which celebrated their imperfections, and showcased women of all shapes and sizes. Dale described the first wave of the #ThisGirlCan campaign as “a celebration of active women everywhere”. 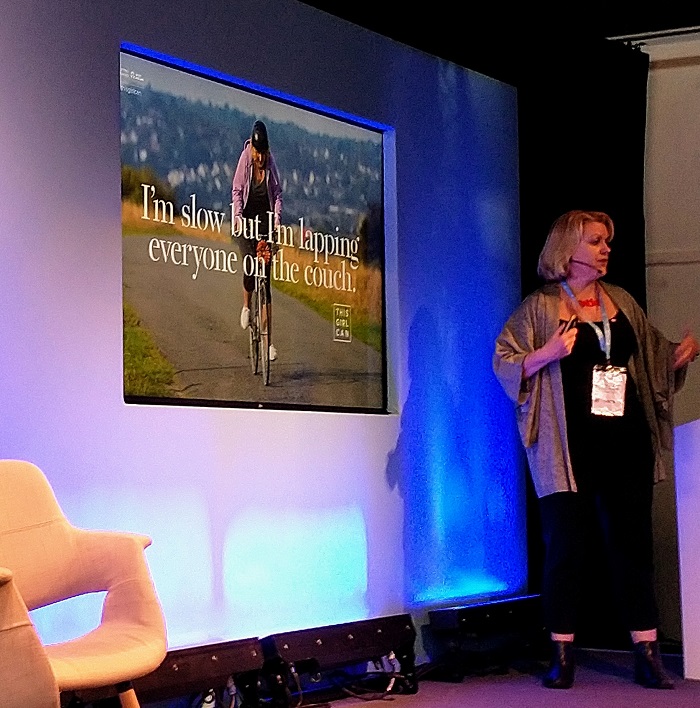 “I’m slow but I’m lapping everyone on the couch”: One of the most iconic images from #ThisGirlCan’s first wave

Crucially, because the campaign focused around a hashtag, it was inherently participatory: a year after the campaign launched, 660,000 people had tweeted using the hashtag #ThisGirlCan.

Dale also described how some users on social media called out a Protein World advert featuring the Kardashians for promoting unrealistic body imagery, responding with an ad by #ThisGirlCan. “It made people feel like this was their campaign – something that they were a part of,” she said.

The campaign succeeded in driving both attitudinal and behavioural change: public consultative campaign tracking carried out in November 2017 revealed that 3.9 million women had taken some sort of action as a result of #ThisGirlCan, while 2.9 million had done “some or more exercise” thanks to the campaign. Of these women, 1.5 million started exercising for the first time or came back to it after a break.

What’s next for #ThisGirlCan

Sport England has carried out two phases of the #ThisGirlCan campaign so far, and is working on a third. The backdrop against which Sport England is executing the campaign has changed significantly since the campaign first launched in 2015.

“The way that women are using their voices has changed a lot,” said Dale.

With the third wave of its campaign, Sport England is aiming to get 250,000 more women “sufficiently active” – a term which refers to doing 150 minutes or more of exercise per week. Though it might seem like a high bar, Dale emphasised that the goal can be reached in increments.

For the campaign’s third wave, Sport England is specifically targeting three under-served groups: Black, Asian and Minority Ethnic (BAME) women; women from lower-income groups; and teenage girls. All of these groups are more likely to be inactive, and are less engaged than wealthy, white women.

Again, Sport England has spent time reaching out to these groups in order to discover what mental blocks lie in the way of them becoming active. In particular, Dale noted that lower-income groups feel stereotyped: they aren’t just the people on the very margins, but make up one-third of the population.

No brand has accurately represented or reflected their lives; they have a lack of heroes and role models.

According to Dale, the role of Communications is to liberate women from conventional thinking about exercise so that it feels possible for them. She emphasised: “It’s not about what you want – it’s about what your target audience need.”

At the very end of the talk, Kate Dale shared what she has learned about marketing campaigns from executing #ThisGirlCan: 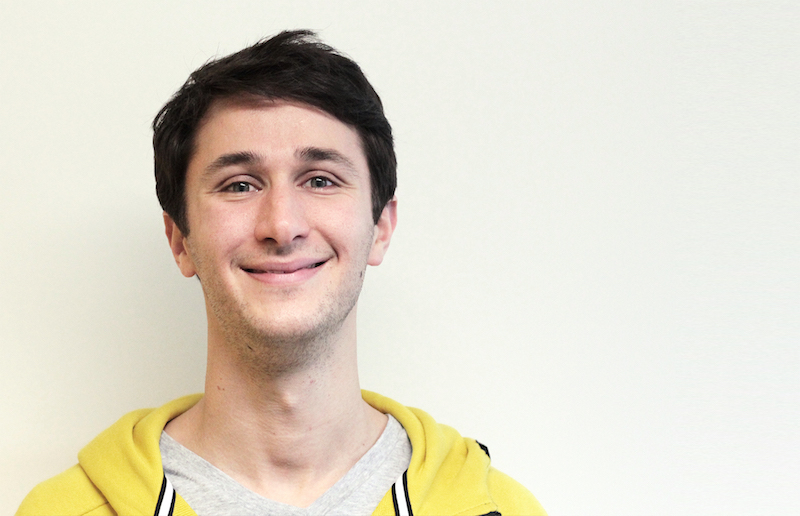 Daniel Gilbert, CEO at Brainlabs, has been a valued contributor to Econsultancy for a few years (writing about topics such as biddable media strategy, modern marketing and GDPR). 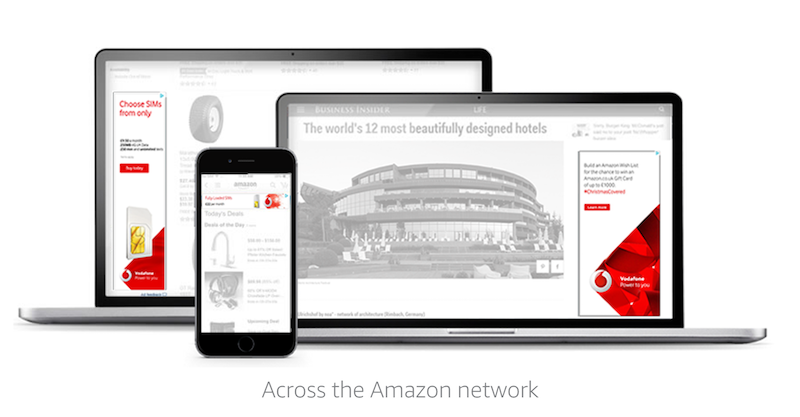 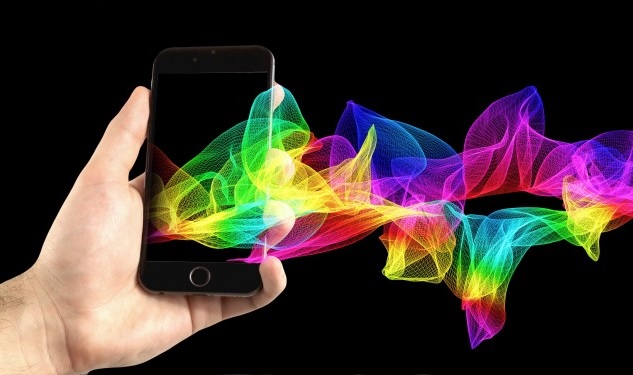